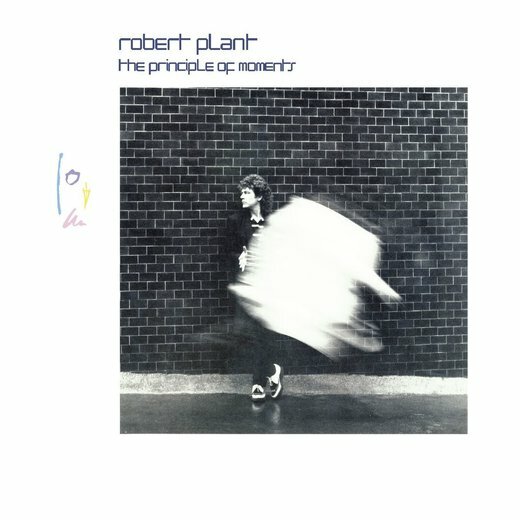 AllMusic Review by Mike DeGagne;  Score: ****
ζ≡   Robert Plant’s follow–up to Pictures at Eleven implements much of his debut’s style and vocal meandering into a new and more exciting bunch of songs. The mysteriousness of “Big Log,” the album’s first single, reached the Top 20 in the United States and in the U.K., while “In the Mood” is The Principle of Moments’ finest offering, proving that Plant could roam freely with his voice and still have it work effectively. But Plant doesn’t stop here, as he gives tracks like “Wreckless Love,” “Stranger Here…Than Over There,” and “Other Arms” an equal amount of curt abstractness and rock appeal. Because Plant’s voice is so compelling in any state, the convolution of his writing tends to take a back seat to his singing in most of his solo work, which is definitely the case in most of the songs here. Plant went on tour with the Honeydrippers within the same year of The Principle of Moments’ release, adding another facet to his already diverse solo repertoire.
Review
BY DAVID FRICKE September 1, 1983;  Score: ****
ζ≡   The problem with Robert Plant’s solo career is that he has been unable to leave Led Zeppelin’s thunderous sound completely behind him. Even without the late John Bonham’s gorilla thwack spurring him on or Jimmy Page’s demon blues licks chasing his tail, Plant sometimes cannot help resorting to his trademark Promethean theatrics, straining at melodies with salacious vocal jibes and full–moon howls. Fortunately, much of The Principle of Moments finds the singer trying to get around that dilemma by toying with weird hard–rock alternatives and singing in a restrained, though powerful, manner.
ζ≡   One of Plant’s best outings on his second solo album is “Big Log,” a ballad that features a vague Latin lilt and a discreet synthesizer gloss that complements the sexy elasticity of Robbie Blunt’s guitar. Against his best heavy–metal instincts, Plant resists easy histrionics and opts for a far more effective quiet tension in his bluesy wails and bassy coos. Musically, there are several references to the Zeppelin canon here — the jerky “Black Dog”–like rhythm pattern of “Messin’ with the Mekon,” Blunt’s Middle Eastern “Kashmir” — type motif in “Wreckless Love” — but overall, Plant is taking more outside chances.
ζ≡   The experimental half of The Principle of Moments is, in effect, Robert Plant’s admission that on his own, he can never improve on Zeppelin’s otherworldly he–man fantasies. It is also his declaration of independence from the past — not a denial of it, but just one way of showing there’s more to life than “Whole Lotta Love.” ζ≡   http://www.rollingstone.com/
Website: http://www.robertplant.com/
ABOUT:
ζ≡   One of a generation of British kids, drawn without rhyme or reason, to sounds from a far away world. A world of field holler, despair, Levee camp and chain- gang moans; of Saturday night fish–fry and Juke Joint foot stomp.
ζ≡   A million miles lay between the brooding pulse of Mississippi Delta life and the sanitized shelter of the timid English boy, circa 1962.
ζ≡   50 years on — drawing from a lifetime of adventures, tracking the dark, beautiful resonator, Plant follows his heart and lifts his voice higher and joyous ever away — and beyond — A voice of experience and learning from the sounds of Southside Chicago Electric Blues; of Griot mantras from West Africa; from Louisiana Dance Halls; Greenwich Village Folk hangover; Haight Ashbury indulgences; Moroccan medina breakbeat; the early English radical techno materials, Texas two–step and Bristol Dubstep.
ζ≡   Before his recent projects in Nashville with Alison Krauss and Band of Joy, Plant worked alongside the very interesting force, “Strange Sensation”, recording the critically acclaimed, multi–Grammy nominated albums — “Dreamland” and “Mighty Rearranger”. From this platform, Sensational Space Shifters has developed. Now together these confederates and conspirators dig deeper and more intensely, always twisting and turning, bringing the past into a brilliant technicolour present.
_____________________________________________________________ 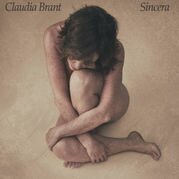