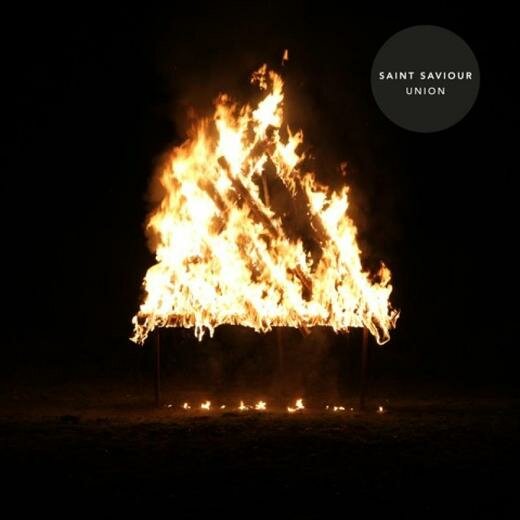 © Author: Alexis Maindrault
«» Becky Jones, in her Saint Saviour guise, is likely best known to date as a Groove Armada protégé/ singer/co-writer. After honing a sound of her own through touring solo and with her former band
¬ The RGBs, Jones has turned her writing talents to something fresh, not to mention different from what’s gone before. As Saint Saviour, she has in Union produced an album of startling diversity and unrestrained passion, one on which, despite her pop sensibilities, absolutely nothing is off limits. Surprises lurk around every corner; the stark artwork that adorns the front sleeve of Union underlines that this is the work of someone who is fearless. A skeletal house has gone up in flames, and this is an image that makes an immediate impression; a brilliant flash of colour lit up against a pitch-black night sky. It is a striking visual metaphor; that which is familiar has been set ablaze.

«» Jones’s captivating voice is a keening soprano, and sometimes it dominates what surrounds it, as it does on the superbly understated album opener Mercy. An echoing, atmospheric piano line is set against swoon-worthy harmonies and voices filled with longing. Near the three-minute mark, the song takes a skillful U-turn, as a lone cello enters, transforming the earlier piano melody into something much more unsettling and, sometimes, atonal. This is clearly a song of two halves, and serves as an accurate indicator of the album, for Union combines different moods and styles into a cohesive whole.

«» There are times when the album can seem a little difficult, but this is only because Jones dares to be ambitious. Tightrope is a pop song at heart, but one that is wrapped up in a sound that plays to the song’s strengths, ensuring that its minimalistic approach has the intended effect. It allows the album to settle into itself, and from then on, things only get better. Likewise, there are times when Jones goes for sheer accessibility and strikes gold, as she does on Dreamtime. The album mixes nuanced production and a layered sound with melodies that are allowed to shine the brightest of all. The infectious nature of the guitar hook on Liberty means it’s impossible to ignore, and I Call This Home is a perfect calling card for the album and was the lead single. It is majestic, with the singer’s voice displaying an impressive range as it navigates a melody which flows with effortless grace, and its creator tackles the thorny subject of wanting to escape one’s roots, something which she achieves with no trouble on an album that is dramatic and fulfilling in a way that would sound overwrought in the hands of less talented people.
«» The spellbinding pop-noir of This Ain’t No Hymn is the album highlight, a minor-key song that, quite ironically, is one of the most uplifting moments on the record, thanks in no small part to its wordless chorus; it provides the perfect opportunity for Jones’s voice to soar, and she makes the most of it. It is also the moment on the album where Union goes major-league. The introduction to Jennifer manipulates Jones’s voice and creates an intoxicating ambience, one which lingers for a moment before being completely obliterated by its powerful electro hook. It’s as though she delights in how intense her music can sometimes be, but from here on out, she accomplishes everything she sets her mind to. The Rain Falls On The Just and the heart-wrenching closer Horse could only have been written by someone who brought their A-game, and she does them justice. Songs like these would fall flat in the hands of people less capable than Jones, but her masterful songcraft ensures that Union only gets better as it progresses. This is an album whose momentum is sustained over nearly an hour’s worth of music, which is impressive enough; the fact that Jones does it with such ease ensures that her debut solo album is a minor triumph.

Genre: Concrete / Idol / Pop
Website: http://saintsaviour.co.uk/
Lady Lyon | June 27, 2012
«» Union is indeed a tower of Babel undertaking, featuring 15 tracks and a myriad of instruments with orchestra qualities, contributing to the noteworthy depth of the album.
Saint Saviour – Union (2012)    7.0/10
Surface Area
«» There is something of a psychedelic musical messiah in the English singer-songwriter Becky Jones, as she strides over the Atlantic and the Channel alike bearing the polysemous stage-name Saint Saviour and neon lit garb. You might have recognized that powerful voice, ringing out way up high and bringing in the chorus way down low, from Becky’s feats as the front man of yet another musical deity of the isles, Groove Armada. In her solo debut Union, Becky preserved the combative quality contained in the name of her last band and translated it into music performing an uncanny leap in time, bridging the early 90s with today’s visual fluo-kids era – however this bridge might be more of the Tacoma Narrows kind than a Golden Gate. The LP is indeed a tower of Babel undertaking, featuring 15 tracks and a myriad of instruments with orchestra qualities, contributing to the noteworthy depth of the album. However, and paradoxically so, it may actually be Becky’s trademark vocals that keep Union from leaping into the 2010s musical scene: her remarkable vibrato, high and anguished, harks back perhaps too strongly to female voices typical of the 90s such as The Cranberries’ Dolores O’Riordan added to old school disco/techno echoes that slightly lack credibility regarding the current electro scene. This LP might finally bear a very appropriate title: Union is a polymorphous time-machine, simultaneously a mother ship of the turn of the century and a sentinel of the new decade – not so surprising coming from a timelessly named creator.
«» A few chapters of this solo manifesto stand out: playing the part of a musical genesis “I Call This Home” rings out like cracks of thunder before the full on blast of a storm. A lone striking guitar echoes through vast silence introducing a similarly striking lead voice which then both unite to create a vindictive musical couple, advancing head on to the place where U2 like battalions of drums break out in a fury and battles rage. Playing the part of the Old Testament, “This Ain’t no Hymn” is that track lost in a time warp between the 90s and today’s electro. The entrancing low pitched beat starts straightway, soon accompanied by very high pitched lead vocals making it hard for the track to build up any higher and explode as you might expect, all the more so as the speed of the rhythm harks back to that of old school techno more than the fluctuating kind of electro. A hurdle “Domino” manages to hop and skip over presenting itself as Saint Saviour’s New testament: maintaining her trademark echoing vocals and instrumental arrangements, the songwriter had the musical savvy to add a muscular rapped part – absolutely striking by how appropriate it is.
Fortaken: http://www.cafemaroon.com   // Also: by Lisa Jenkins, 22 June 2012; Rating: 9/10;  http://thefourohfive.com/review/article/saint-saviour-union 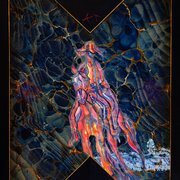