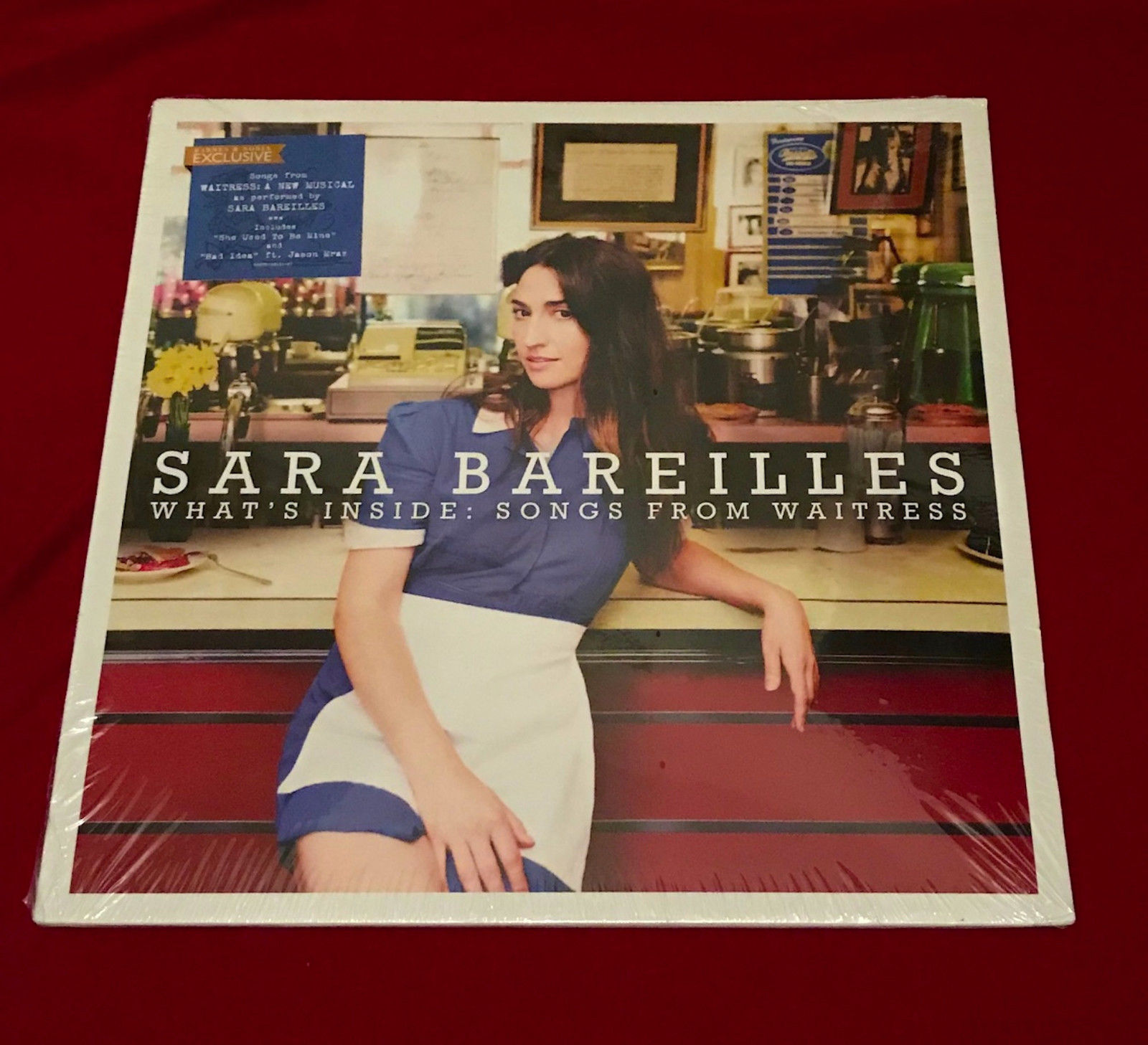 Sara Bareilles — What’s Inside Songs From Waitress                                                                                            •   Její písně jsou živé, chytré a odvážné, a to je další důkaz o všestrannosti, eleganci a vtipu. “How differently are the songs presented on the album? Have they been adopted to your signature sound?
•   I would say, it’s somewhere in the middle. What I wanted to do was kind of let the album be its own entity and not think too critically about whether or not it would make sense for us on stage. In that way, there are certain kind of production tricks we did and used that wouldn’t necessarily make sense in the live setting. At the same time, I think that our approach for arranging for the show was very similar to the way I arrange an album for going on tour. We went into the rehearsal studio and we brought in the whole band. We all just hashed it out. Everyone had their recordings and had the sheet music and we dug in from there. They’re a hybrid of each other but they’re not so dissimilar that they’re going to feel like night and day. They’re not exactly the same.

Editorial Reviews
•   Reuniting with “KALEIDOSCOPE HEART” producer Neal Avron, the album was recorded in New York and Los Angeles and is the much~anticipated follow~up to highly~acclaimed Grammy~nominated album, “The Blessed Unrest.” WHAT’S INSIDE: SONGS FROM WAITRESS, features songs from the upcoming Broadway musical Waitress, for which Sara wrote both music and lyrics. The musical, opening at Broadway’s Brooks Atkinson Theatre in April 2016, had a recent run at The American Repertory Theater (A.R.T.) in Cambridge, MA.

AllMusic Review by Stephen Thomas Erlewine;  Score: ****
•   Of all the pop singer~songwriters who surfaced in the 21st century, Sara Bareilles may be uniquely qualified to write the songs for a Broadway musical. Indebted to tradition without being beholden to it, Bareilles always favors songs so exquisitely sculpted that their craft is never noticed, only felt, so she’s a natural fit for Diane Paulus’ adaptation of Adrienne Shelly’s 2007 indie comedy~drama Waitress. What’s Inside: Songs from Waitress isn’t a cast album, it’s Bareilles’ recording of 12 songs from the production, and the highest compliment that can be paid is that it simultaneously plays as drama and as a sequel to her Grammy~nominated 2013 album The Blessed Unrest. Bright and open, What’s Inside does feel of a piece with her 2010 album Kaleidoscope Heart — the presence of that album’s producer Neal Avron, who sat out The Blessed Unrest, is apparent — and that warm, colorful sheen is enough to make the album play as pop: simply judged on its surface, it provides tangible pleasures. The nifty trick Bareilles pulls off on What’s Inside is how the songs also contain a double~edge, serving the drama of the story while also playing as pure pop. Sure, there are flourishes that are pure musical theater — there’s the opening fanfare of “What’s Inside.” “Never Ever Getting Rid of Me” is Gilbert & Sullivan by way of Todd Rundgren and the show~stopping ballad “She Used to Be Mine” almost seems to conjure a lonely spotlight — but never once do the songs on What’s Inside feel in mere service to a plot. Taken on their own, they’re lively, clever, and bold, and further evidence of Bareilles’ versatility, elegance, and wit. •   http://www.allmusic.com/