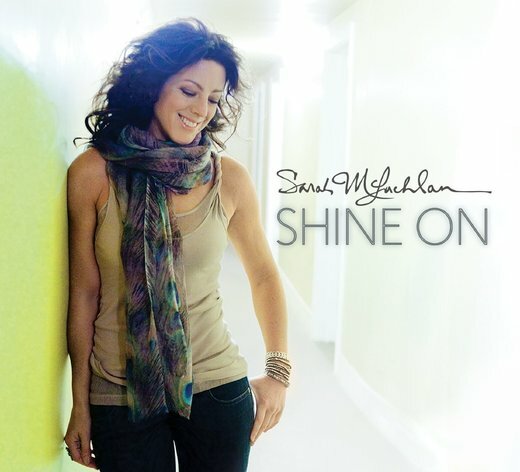 Early and personal life:
°   Sarah McLachlan was born on January 28, 1968, and adopted in Halifax, Nova Scotia, Canada. As a child, she took voice lessons, along with studies in classical piano and guitar. When she was 17 years old and still a student at Queen Elizabeth High School, she fronted a short-lived rock band called The October Game. One of the band's songs, "Grind", credited as a group composition, can be found on the independent Flamingo Records release Out of the Fog and the CD Out of the Fog Too. °   It has yet to be released elsewhere. Her high school yearbook predicted that she was "destined to become a famous rock star."
°   Following The October Game's first concert at Dalhousie University opening for Moev, McLachlan was offered a recording contract with Vancouver-based independent record label Nettwerk by Moev's Mark Jowett. McLachlan's parents insisted she finish high school and complete one year of studies at the Nova Scotia College of Art and Design before moving to Vancouver and embarking on a new life as a recording artist, and McLachlan finally signed to Nettwerk two years later before having written a single song.
°   In 1994 McLachlan was sued by Uwe Vandrei, an obsessed fan from Ottawa who alleged that his letters to her had been the basis of the single "Possession." The lawsuit was also challenging for the Canadian legal system: Vandrei was a self-admitted stalker whose self-acknowledged goal in filing the lawsuit was to be near McLachlan physically. Consequently, special precautions were planned to ensure McLachlan's safety if she had to be in the same location as Vandrei at any time. But before the trial began, Vandrei was found dead in an apparent suicide. This topic was explored at length in Canadian author Judith Fitzgerald's book, Building a Mystery: The Story of Sarah McLachlan & Lilith Fair.
°   In 1997, Sarah McLachlan married her drummer, Ashwin Sood, in Jamaica. While she was pregnant, she lost her mother to cancer in December 2001. She gave birth to daughter India Ann Sushil Sood in Vancouver on April 6, 2002, by which time she had already completed three quarters of the production on her next record, Afterglow. On June 22, 2007 she gave birth to her second daughter, Taja Summer Sood, in Vancouver. McLachlan announced her separation from Ashwin Sood in September 2008.
°   Sarah McLachlan currently resides in Vancouver.
On 30 November 2012, McLachlan lent her support to Kate Winslet’s Golden Hat Foundation together with Tim Janis, Loreena McKennitt, Andrea Corr, Hayley Westenra, Sleepy Man Banjo Boys, Dawn Kenney, Jana Mashonee, Amy Petty and a choir etc performing on "The American Christmas Carol" concert in Carnegie Hall.
°   On 29 June 2013, McLachlan was awarded the Kiwanis International World Service Medal for her dedication to music education and working to improve the quality of life for young children.
Discography:
°   1988: Touch
°   1991: Solace
°   1993: Fumbling Towards Ecstasy
°   1997: Surfacing
°   2003: Afterglow
°   2006: Wintersong
°   2010: Laws of Illusion
°   2014: Shine On