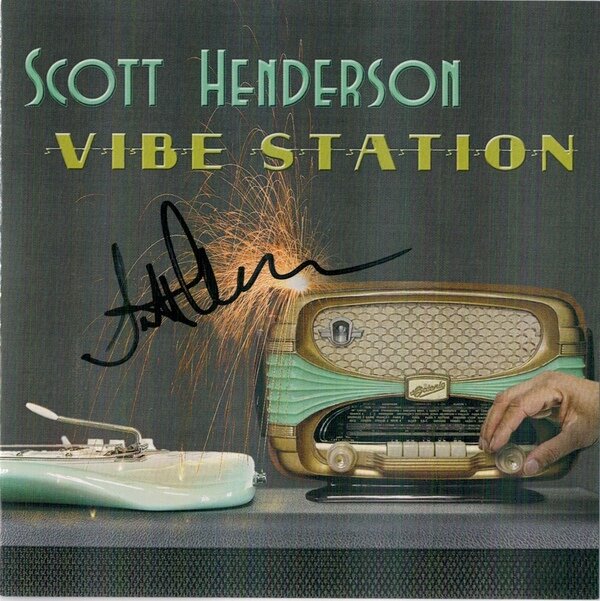 © Scott Henderson Trio, Photo credit: C Liesbeth Keder
Description:
♦¬   Guitarist Scott Henderson's 5th solo project exhibits elements of jazz, rock & blues, but has a bigger variety of textures and tones. The new all instrumental CD features bassist Travis Carlton (son of Larry) & drummer extraordinaire Alan Hertz. Henderson speaks of the new work as the most challenging project of his career.
♦¬   Says Scott, “I'm really excited about this record because our trio has been touring a lot and that energy came through on all the performances. The music is still blues–based, but also has a lot of harmonic content. The big change is no vocals, which challenged me as a guitarist to write material which can be played in a vocal way on the guitar, while incorporating my own chord–melody style. I think fans will enjoy the scope of this record because it has elements of blues, rock, jazz and funk. There's something for everyone here.”
♦¬   Scott also said that the majority of the songs are layered with multi guitar tracks, utilizing many different guitars, pedals, amps and speaker combinations, making it the most textural and versatile sounding album he's ever done. Travis Carlton on bass and Alan Hertz on drums make this project and live show very much groove–based.
♦¬   Says Scott, “I need to see people moving in their seats. I'm not interested on putting on an intellectual show for musicians only. I don't believe I need to dumb down the music to appeal to people who aren't musicians, because when Travis and Alan play together, the groove is going to attack you whether you're a musician or not”.
♦¬   Scott Henderson's impressive work over the years as co–leader of the group TRIBAL TECH, leader of his own ground breaking trio, and sideman to some of the best jazz artists of their generation, including the great Joe Zawinul, has elevated him to the front ranks of both Jazz and Blues. Besides being a world class player and premier composer, Scott's trademark is his beautiful tone and striking ability to blend Blues, Rock, Funk, and Jazz, creating a soulful and unique voice on the guitar.
♦¬   http://www.abstractlogix.com/
Website: http://www.scotthenderson.net/
CD Baby: http://www.cdbaby.com/cd/scotthenderson

© Travis Carlton. Scott Henderson Trio, Photo credit: C Liesbeth Keder
PRESS:
Album Notes
♦¬   Scott Henderson is best known as the guitarist for the legendary fusion group Tribal Tech, and also for his sideman work with Chick Corea, Jean–Luc Ponty, and Weather Report’s Joe Zawinul. He also plays in the group HBC with bassist Jeff Berlin and drummer Dennis Chambers.
♦¬   In 1991, Scott was named by Guitar World as the #1 Jazz Guitarist, and in January 1992, he was named #1 Jazz Guitarist in Guitar Player's Annual Reader's Poll. ♦¬   His first solo blues album "Dog Party" won best blues album of 1994 in Guitar Player Magazine.
♦¬   Vibe Station is his most ambitious work to date, and features Travis Carlton on bass and Alan Hertz on drums. The music can only be described as a mixture of edgy blues rock, funk, and modern melodic jazz, amid a huge soundscape of guitar tones and textures.
♦¬   “Besides his superior technical acumen, Henderson’s compositions are inherently witty. One of the top guitarists in the biz, regardless of genre.” — allaboutjazz.com
♦¬   “The Los Angeles based fusion hero is fully steeped in both jazz and rock traditions, and has woven them together to create one of the most powerful voices in fusion guitar.” — Guitar Player Magazine
♦¬   “From humble beginnings on South Florida's club circuit, Scott Henderson has ascended to his current status as one of the world's most versatile guitarists.” — fusemag.com
♦¬   “Scott’s tone is pretty much perfect. His sound is always right on the money. Even when he stomps on the pedals and makes it sound like anything from a Far East jam to a hoedown, his sound is unmistakably his.” — Vintage Guitar
♦¬   “Henderson is one of the few original electric guitar soloists capable of weaving an intelligent flurry of 128th notes with compelling emotional intensity and inventiveness, possessing ideas to match to his level of phrasing and technique.” — allaboutjazz.com
♦¬   “Henderson's guitar soars high, sometimes tender. Sophisticated, technical and soulful, his playing bristles with intelligence, never crossing the line into excess.” — Guitar Player Magazine
♦¬   “Textures, layers, grooves, CHOPS...it's all here. Scott's melodic voice and tone stand out. Carlton and Hertz stand confidently along side any of Scott's other rhythm sections. Icing on the cake is the album's SOUND!!! Fans of Scott's more fusion oriented work (such as myself) will be pleased with Vibe Station. Awesome modern Strat sound in a monster power–trio. Five stars.” — By minor2nd, Amazon
♦¬   “One of the finest fusion (as opposed to crossover) guitarists of the 1980s and '90s, Scott Henderson's explosive playing is often teamed up with electric bassist Gary Willis in their group Tribal Tech. Originally most influenced by rock, Henderson (who grew up in West Palm Beach, FL) played in local funk and rock bands. In 1980, he moved to Los Angeles to attend the Guitar Institute of Technology, studying with Joe Diorio. After graduating, he became a teacher himself at GIT. Henderson played with Jeff Berlin and Jean–Luc Ponty, and in 1985 toured with the original version of Chick Corea's Elektric Band. During 1987–1989, he worked on and off with Joe Zawinul's Syndicate, later focusing on Tribal Tech as his main band. As a leader, Scott Henderson has recorded for Passport, Relativity, Bluemoon, Atlantic, and Zebra. Starting with 1994's Dog Party, the guitarist made a transition from the world of jazz to the blues world, where his blues-rock fusion became the primary focus of his music career. But unlike many of his blues–rock contemporaries, his music was filled with the sort of odd time signatures and unique touches that are cornerstones of his jazz work.” — by Scott Yanow, AMG 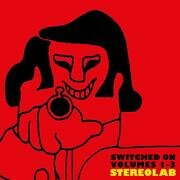