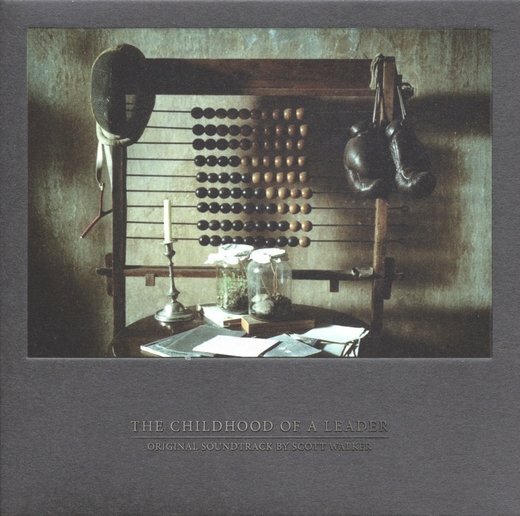 Scott Walker — Out Now: The Childhood Of A Leader OST

Description:
ζ±ζ   Scott Walker’s orchestral soundtrack to The Childhood Of A Leader is released worldwide today on 4AD.
ζ±ζ   A key and compelling component to Brady Corbet’s critically lauded directorial debut, it is Walker’s first O.S.T. work since his remarkable score for Pola X in 1999.
ζ±ζ   Partly inspired by Jean–Paul Sartre’s short story of the same name, The Childhood Of A Leader is a tense psychological drama tracing the formative years of a young boy and set against the backdrop of the 1919 Paris Peace Conference that led to the establishment of the Treaty of Versailles.
ζ±ζ   Walker continues to work with long–term collaborators Peter Walsh (co–producer) and Mark Warman (musical director), with the latter conducting an orchestra comprised of 46 string players and 16 brass for the studio recording. Both Walsh and Warman were involved in the live film score performance of The Childhood Of A Leader, alongside a 74–strong orchestra, an event which closed the Rotterdam Film Festival in February this year.
ζ±ζ   The soundtrack is available on CD, LP and download and is available to buy now.  Please note that two LP editions are being pressed — black vinyl and a limited run on transparent vinyl (CADD 3620).
Review
By Winston Cook–Wilson, AUGUST 22 2016 / Score: 7.9
ζ±ζ   The avant–garde icon Scott Walker scored this film about a fictional 9–year–old dictator, and it's one of the best things Walker has done since the still–unsettling The Drift.
ζ±ζ   To call Scott Walker’s orchestral score for Brady Corbet’s debut film The Childhood of a Leader “invasive” would be an understatement. At points, it makes the There Will Be Blood soundtrack look like A Charlie Brown Christmas. Walker is responsible for the ominous, bow–shredding string figures and obscene woodwind bleats, but the young American actor/director Corbet — a familiar face from Martha May Marcy Marlene, the Funny Games remake, or, perhaps, 24 — claims to have lobbied for the mix to be raised “5% louder” than the theatrical standard. This provides a glaring contrast to the movie’s largely–murmured dialogue, glacial pacing, and aggressively dim composition, which recalls the famous candlelit atmosphere of Kubrick’s Barry Lyndon done on budget.
ζ±ζ   In other words, it turns out the ambitious 28–year–old filmmaker and 73–year–old avant–garde music luminary are a good pair. Corbet manages to take his film — a period piece examining the broken family life of Prescott, a fictional 9–year–old fascist dictator in the making — to the same dynamic extremes Scott Walker has favored in his music since his 1995 watershed Tilt. Often, Walker’s writing threatens to overpower the movie, building up near–absurd levels of tension at moments where there might otherwise be none: Prescott and his remote mother (Bérénice Bejo) walking woodenly to Mass, or pacing around their cavernous home in the French countryside.
ζ±ζ   But elsewhere, Walker follows the script sensitively, indicating his respect for the complexity of Corbet’s vision. Piercing, stratospheric tone clusters underscore Prescott’s most destructive episodes — the film is divided into “tantrums” — as if we’re hearing the ringing in his ears. Murky tidepools of manipulated strings surge as he dreams of the brutalist, pre–WWII future he will help define (“Dream Sequence”).
ζ±ζ   When that future eventually comes — in the film’s epilogue — Walker–trademarked, custom–made industrial percussion arrives (see also: The Drift’s meat–slab paddywhacking, the saber–scraping and farting of 2013’s Bish Bosch, the virtuoso whip work on 2014’s Sunn O))) collaboration Soused), mimicking the mechanics of a propaganda–generating printing press. This kicks off an ambitious suite of music, one which manufactures the better part of the drama in the last ten minutes of the film, in which The Leader’s staff and public prepare for his arrival in a crowded city courtyard. Walker recapitulates all the major musical motifs from earlier in the film in distorted, vituperative snippets. Military drums stutter out of time; a slithering violin emulates an air–raid siren. It’s one of the best things Walker has released since The Drift. Like the composers this music most closely recalls (Edgard Varèse, György Ligeti, Bernard Herrmann) Walker manages to play his fully–sized orchestra like one huge, terrifying instrument here.
ζ±ζ   “The Childhood of a Leader” is a clear high water mark for Walker in terms of instrumental writing, but it is also, in many ways, an apt extension of textural ideas Walker has explored on his past two albums — as well as in his previous scores for Leos Carax’s 1999 film Pola X and dance piece And Who Shall Go to the Ball? And What Shall Go to the Ball? Leader highlights Walker at a late–career stage of both creative abundance (this is his third release in four years) and stasis. “I just work in my own sound world now,” Walker explained to The Quietus in 2014. “I’ve established a sound world and developed certain tropes and things that I understand.” After decades of painstaking experimentation, he seems content tinker around in the same haunted toolshed for the foreseeable future. But don’t call it career–twilight complacency: Judging from the depth of vision in Leader’s half–hour of music, there's plenty of exciting possibilities left for Walker’s musical lexicon, which continues to go unused by anyone but him. ζ±ζ   http://pitchfork.com/
≡♦≡≡♦≡♦≡≡♦≡≡♦≡≡♦≡ζ±ζ≡♦≡≡♦≡≡♦≡≡♦≡≡♦≡ζ±ζ≡♦≡≡♦≡≡♦≡≡♦≡≡♦≡ζ±ζ 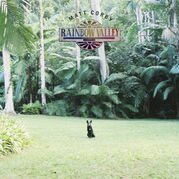