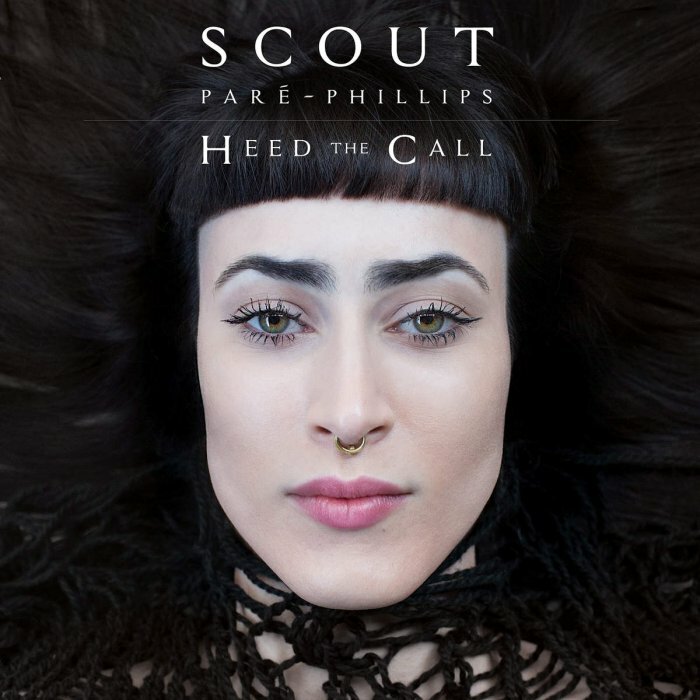 Description:
≈•   Scout Paré–Phillips' recent recognition as a young and talented visual artist based in Brooklyn, NY — as displayed in her accomplished portfolios — shows only a small portal into the creative road that Scout has chosen to go down. Scout's musical foray started with the Baltimore based post–punk/country act, The Sterling Sisters. Within the Sisters, her skills as one–half of the primary songwriting force, coupled with her varied instrumentation and balladeer vocal projections made way for Scout to step aside and embark on her own solo performances and creative endeavors. Scout's operatically trained soprano voice combined with her seemingly effortless proficiency with instruments such as the autoharp and baritone guitar create her own unique hybrid of old time folk storytelling and modern illusionary contrast. Influenced by acoustic legends such as Sibylle Baier and Leonard Cohen, the vocal conviction of Roy Orbison, and still holding poetic court with players like Rowland S. Howard, Nick Cave and Diamanda Galas, Scout Paré–Phillips' songwriting lands in the middle of some very intriguing yet complex influences. Recently, Scout's talents have been noticed by Jack White. She was asked to accompany him on Lazaretto and even star in White's new video, Would You Fight For My Love?.

≈•   Her recent autobiographical songs have been collected into her debut album entitled “Heed the Call” to be released on Dais Records on February 24, 2015.
Crashing crescendos of guitar, percussively strummed autoharp and an array of both acoustic and electronic sculptures by Scout Paré–Phillips with accompaniment by Scout’s beloved musical collaborator, Emil Bognar–Nasdor (Dawn of Humans, Røsenkopf), populate her LP.  Scout’s torch songs of pure, raw emotional outpouring compliment the rich timbre of her trained voice, which breathes a new life into the contemporary idea of a “folk singer”. Her narrative about two lovers being torn apart and brought back together over many years has formed a new genre within acoustic music’s storytelling tradition.
≈•   Comes with 16–page art and lyrics book.
Review
BY JAMES ORME, Posted July 2, 2015
Scout Paré–Phillips = Björk + Yoko Ono
≈•   I have to say that I don’t get this, and that might make me a bad critic to say that, but I get the feeling that Scout Paré–Phillips goes over my head. She sings these folk songs, I guess, with this haunting wail of a voice that sounds operatic in the worst way. I know that Jack White has had her sing back–up on some of his stuff, but as far as I’m concerned, this record is ear repellent. I can sort of see that it’s dark art folk and that maybe they’re trying to advance folk music. I could appreciate that if it didn’t fall so short of having anything that was sonically pleasing. Maybe I’m supposed to be listening to the notes she’s not singing, but for me, I’ll just enjoy folk music in the tradition that has stood the test of time — call me old–fashioned. • http://www.slugmag.com/
Bandcamp: http://scoutparephillips.bandcamp.com/
Website: http://scoutparephillips.com/
Label: http://www.daisrecords.com/