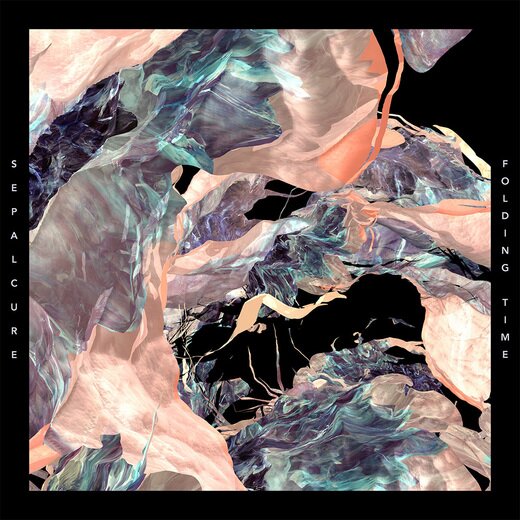 Sepalcure — Folding Time (May 20th, 2016)
♠★■  Atmospheric garage/dubstep duo, signed to the Hotflush label, consisting of Praveen Sharma (Braille) and Travis Stewart (Machine Drum).
Location: Brooklyn, New York, NY, United States
Genre: Electronic
Styles: Dubstep, Garage
Album release: May 20th, 2016
Record Label: Hotflush Recordings / Redeye Music Distribution
Duration:     44:24
Tracks:
01 Fight for Us (feat. Rochelle Jordan)     3:43
02 Not Gonna Make It     3:56
03 Devil Inside     4:37
04 No Honey     3:52
05 Been so True     3:58
06 Hearts in Danger     3:27
07 Loosen Up     4:56
08 Dub Of     3:00
09 Brother Forest     4:39
10 Hurts so Bad     2:40
11 Ask Me     5:36
℗ 2016 Hotflush Recordings
By Calum Slingerland, Published May 18, 2016;  Score: 8
■♠★   Upon its release in 2011, Sepalcure’s self–titled full–length made waves for its inventive blend of multiple electronic music subgenres in seamless fashion, as well as its ability to thrive as a set of songs outside of a dance–oriented environment. Five years later, their long–awaited sophomore LP, Folding Time, finds itself in a similar sphere, drawing from dub, juke, drum‘n’ bass and so much more to create something distinct.
■♠★   Built from freshly composed tracks and some retooled older ones, the record is also very indicative of how far Travis Stewart and Praveen Sharma have come since their last album as a duo, working solo as Machinedrum and Braille, respectively. Stewart took countless different directions across the multiple parts of the Vapor City series, while Sharma explored darker textures with Everyone’s Crazy and Mute Swan last year.
■♠★   By extension, there are some new things here, too. The two make a successful play at R&B with opener “Fight for Us,” for which they enlist Rochelle Jordan as a live vocalist. Live vocals also appear on “Devil Inside” courtesy of Angelica Bess, and while from a lyrical standpoint, neither accomplishes what any number of Sharma and Stewart’s warped vocal samples couldn’t, the variation and increased human feel is welcome.
■♠★   Some of the more exciting listening comes when the two return to faster tempos. The rolling drums, bass and congas of “No Honey” make for engaging support to some soft jazz chords, while “Loosen Up” rises up with crescendoing keys before falling into a dark drum‘n’ bass hole.
■♠★   Still, there are nice meditative moments within the tracklist. One could imagine some quicker drums being paired with “Been So True,” but it sidesteps the obvious in favour of something groovier, while “Brother Forest” sways nicely in the breeze with its world music influence and vocal sample to match.
■♠★   Folding Time is also a record of subtleties, a treat for any production perfectionist with a wealth of tiny details to pick apart: the way the drums and vocals of “Devil Inside” slowly recede for Stewart’s gentle guitar to take centre stage; the vocal chops of “No Honey” filling space with their emotive reverberations; the multiple layers of “Hurts So Bad” fading in and out without ever feeling claustrophobic. These are only a few things that make the record much more than it appears to be at first listen, a detailed effort worth unfolding that reveals more each time.
■★♠  http://exclaim.ca/
Review
■★♠  From the moment you hit play on the opening track of Folding Time, you can tell there’s something special about it. As the emotion, pride and purpose all move in, you get a real sense this record was crafted with a passion for the sounds that influenced it.
♠■★   Bonding over their shared penchant for 90s R&B and house vocals, Travis Stewart AKA Machinedrum and Praveen Sharma AKA Braille combined their individual production pallets and started releasing music as Sepalcure in 2010, dropping the Love Pressure EP on Scuba’s Hotflush Recordings.
★■♠   The second full length from the pair, Folding Time, opens up with blissful guitar licks and smooth seductive vocals from Canadian singer Rochelle Jordan, laying down the foundations for what’s to come for the record. Fusions of footwork, dub, broken beat and futuristic pop all lay in wait, effortlessly fused together by intricate percussion and perfectly placed melodies.
■♠★   The album, apparently formed over many bottles of whiskey, is made up of both new tracks and a selection of revived numbers, brought out from the studio vaults.
★♠■   “Folding Time was an exercise in connecting the dots between our past and the present” the pair told i–D, “It felt like we were connecting the present with the past, going through each session was like digging through old memories.”
Biography
♠★■  Sepalcure are a garage/dubstep duo featuring Praveen Sharma (aka Praveen, Braille) and Travis Stewart (aka Syndrone, Machine Drum). Sharma and Stewart debuted in 2010 on the Hotflush label, home to releases by Mount Kimbie and Joy Orbison, with the four–track Love Pressure EP. The lead track was the highlight, based on scuffy percussion, texture washes, and alternately emotive and goofy cut–up vocal samples. Several months after another exceptional and atmospheric four–track Hotflush 12” (issued in January 2011), the duo released a self–titled album. ~ Andy Kellman
Website: http://www.sepalcure.com/
Soundcloud: https://soundcloud.com/sepalcure
Twitter: https://twitter.com/sepalcure?lang=en
♠​♠​♠​♠​♠♠​♠​♠​♠​♠♠​♠​♠​♠​♠_____________________________________​♠​♠​♠​♠​♠♠​♠​♠​♠​♠♠​♠​♠ 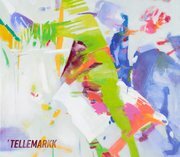