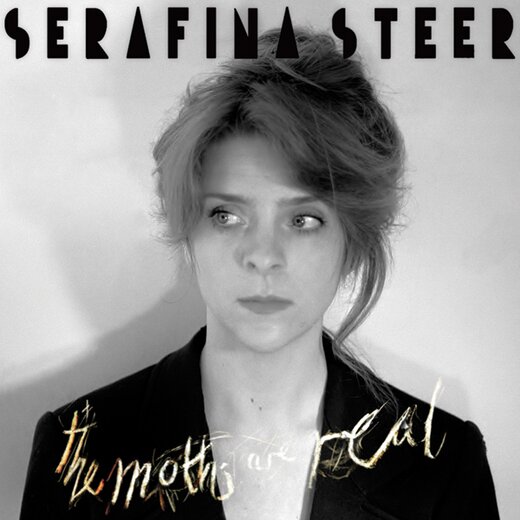 Serafina Steer — The Moths Are Real (Rough Trade Edition)
Location: London, England
Album release: 2013
Record Label: Stolen Recordings
Duration:     56:40
Tracks:
CD 1
01. Night Before Mutiny      (5:01)
02. Machine Room      (3:17)
03. Ballad Of Brick Lane      (3:29)
04. Lady Fortune      (4:31)
05. Skinny Dipping      (3:31)
06. The Removal Man      (4:13)
07. World Of Love      (3:46)
08. Has Anyone Ever Liked You?      (1:53)
09. Island Odessy      (3:10)
10. Alien Invasion      (3:39)
11. Disco Compilation      (4:36)
12. The Moths Are Real      (4:12)
CD 2
Moth Club Boiler Woes (Rough Trade Bonus Disc)
01. Sexual Jealousy      (2:07)
02. Fergus’ Song      (2:27)
03. The Third Letter      (1:49)
04. Afraid Or Not      (2:33)
05. Moth Club Boiler Woes –Interlude–      (2:24)
Description:
¶   It’ll come as no surprise to listeners of Jarvis Cocker’s BBC 6 Music show that the Britpop bum wiggler would be a fan of Serafina Steer.
¶   The Moths Are Real, the third album from the Peckham multi-instrumentalist, is exactly the kind of curio that Cocker luxuriates in on the radio, a beguilingly odd record where cut-glass vocals deliver arch lyrics while drum machines and unnerving arrangements combine with virtuoso harp. Having declared Steer’s 2010 album Change Is Good, Change Is Good as his favourite of that year, Cocker is on production duties here, his presence understated but tangible.
¶   It would be easy to write Steer off as somewhat precious, with her crisp singing voice expounding on her “scanty life philosophy” and declaring herself “thoroughly contrite”. On tracks such as ‘Alien Invasion’, you can practically hear the punctuation. ¶   And this is before you consider all the fanciful Lewis Carroll-type imagery – all “blue potion” this and “machine room” that. But happily, undercutting it is a withering cynicism and tart humour that mark Steer out as a grittier, funnier – and markedly British – alternative to harping rival Joanna Newsom.
¶   Take the striking opening of ‘Ballad Of Brick Lane’ – “I don’t know why I’m heading to Brick Lane / I hate it there like everybody does” – or withering kiss off ‘The Removal Man’ – “You hate my friends / Yet you fantasise about them as well”. Goodness, there’s even a track called ‘Has Anyone Ever Liked You?’.
¶   And yet, brilliantly, this roguishness isn’t always negative. That latter song’s title is a mischievous red herring, the full lyric running, “Has anyone ever liked you as much as I do?” It reveals itself to be a most tender ballad, reaching the observation, “Babe, maybe we are too peculiar for love”. Similarly, ‘Ballad Of Brick Lane’ progresses from its bolshie beginning to reveal great vulnerability and optimism.
¶   Under Cocker’s aegis, all this mischief and whimsy are complimented well by the enchanting arrangements. ‘Skinny Dipping’s woozy accompaniment transforms a demure bucolic wheeze into a distinctly more provocative concern, while the stabbing organ and quietly insistent percussion on ‘The Removal Man’, coupled with Cocker’s own unmistakeable baritone, succeed in conjuring up the requisite creepiness. It all results in a clever, self-assured record, with Steer and Cocker’s knowing symbiosis apparent at every turn.
¶   Penultimate track ‘Disco Compilation’ makes for one final wild card. Starting with Steer alone with harp, ruminating on dance music’s ability to unite heartbroken souls and heal emotional wounds, it rises up to itself become an unlikely disco gambit, complete with house-y piano and the repeated refrain “Let’s set things right / Tonight, tonight”.
¶   Steer’s formidable intellect, wit and talent meet their match in her illustrious patron, producing an album fit to move, surprise, amuse and unsettle – often at the same time. ¶   And so rather than the fanciful frippery it could so easily have been, The Moths Are Real is instead a fitting document of real life in all its mixed-up glory. 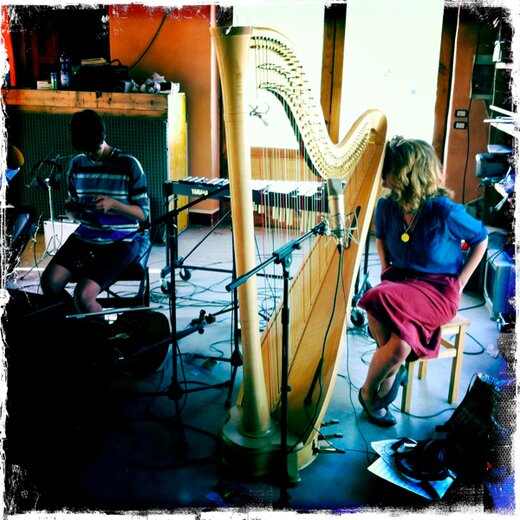