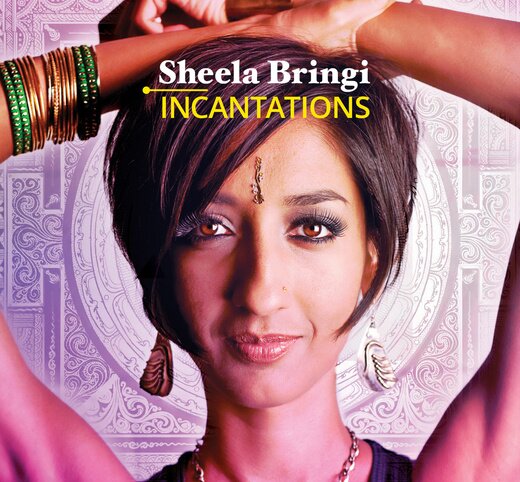 Description:
♣  A rare songbird whose music is both earthen and ethereal: harpist / bansuri flautist / vocalist. A versatile performer with roots in Indian classical and jazz music, Sheela sings and plays the harp and the classical Indian bansuri flute. As a performer and improviser, Sheela has been shaped by her study of the bansuri under Maestro G.S. Sachdev, and her work with diverse artists including Meredith Monk, Cecil Taylor, Aashish Khan and Swapan Chaudhuri. Sheela earned her MFA from the Herb Alpert School of Music at the California Institute of the Arts, and her original arrangements of Indian songs were chosen for recording at Capitol Records two years in a row on the annual CalArts Jazz CD (08/09).
♣  Sheela is currently working on her debut album. She is working with an ensemble of some wonderful Indian, American and world musicians, including a string arranger who has worked with director Deepa Mehta, a Hindustani cellist, a virtuoso young Indian bass player from New Zealand, and others. Think ancient Indian mantras and raga with harp and voice, bansuri and cello, trumpet and tabla…and more.

REVIEW
Robin Denselow
The Guardian, Thursday 27 February 2014 22.30 GMT; Score: ****
♣  Sheela Bringi was brought up in Colorado, the daughter of a professor of Hinduism, Sanskrit and yoga studies, and has developed a subtle musical fusion in which Hindu devotional chants are reworked with influences that range from jazz and blues to Balkan brass. It succeeds because she is respectful of the original material and is an excellent musician, matching her cool, clear vocals against her skills on the harp, harmonium and bansuri bamboo flute. The western influences come from her producer, Clinton Patterson, who adds thoughtful jazz trumpet and bluesy guitar. Elsewhere, the backing includes anything from wailing drone effects to carefully muted drum'n'bass. The mood is often gently hypnotic, as with the harp-backed Bhajamana Ram, but on Buffalo-Demon Slayer she uses Indian thavil drums, saxophone, clarinet and trumpet for a rousing exploration of the links between India and the Balkans. (http://www.theguardian.com/)
REVIEW
♣  Perhaps the most compelling thing about Sheela Bringi’s Incantations is how the Indian-American artist crosses all sorts of melodic lines and never sacrifices the spiritual integrity of the recording. The disc is prayerful and stylish in its mingling of ancient Indian music, devotional chants, jazz, and even blues traditions.
♣  “My music is about accessing a place of mystery and divinity,” explains Bringi. Incantations certainly holds the enigmatic close to the chest as it moves through everything from Sanskrit mantras to Atlanta soul. Bringi, who provides vocals along with an infinite array of instruments, is the force at the middle with a compelling personality and an unquestionably otherworldly connection to these pieces. Her presence is immediate with the album’s opener. The title track is a call to calm the mind. Bringi’s harp and harmonium join with her reflective vocals to transport the listener to place of oneness. Micah Sheiner provides percussion on a delicate plane, but it’s really the press of the harmonium that gives the piece its perpetual warmth.
♣  There’s something universal about Bringi’s very presence. She’s performed in concert halls and universities, but she’s also led kirtans in yoga studios. The music of Incantations perhaps casts an even wider net, whether through the cosmopolitan mantra found on “The Three-Eyed One” or the classical Indian folk of “Peacock.”
♣  There’s also the boiling “Buffalo-Demon Slayer,” with drubbing percussion and a grand horn arrangement from producer Clinton Patterson. Once more Bringi’s vocals and harmonium blend together delightfully, creating a duet of sorts that sails through the swift-moving track.
♣  And let’s not forget “Raja Ram,” the album’s closing number. The piece pays allegiance to Rama, the hero of The Ramayana, and receives a percussive blast from Leonice Shinneman. Bringi plays harmonium and bansuri, adding more voices to her extensive repertoire.
♣  Incantations is a beautiful release. It naturally blends styles without estranging listeners of any genre, creating a unifying and transcendent experience that really does access “a place of mystery and divinity.”
Also:
BY JORDAN RICHARDSON, FEBRUARY 28, 2014
:: http://somethingelsereviews.com/2014/02/28/sheela-bringi-incantations-2014/?shared=email&msg=fail
Website: http://www.shebrings.com/
Soundcloud: https://soundcloud.com/shebrings
Facebook: https://www.facebook.com/SheelaBringi
Contact:
Website: http://www.indiegogo.com/sheelabringi
Bandcamp: http://blackswansounds.bandcamp.com/album/incantations
_______________________________________________________________
Bio:
♣  Indian American artist Sheela Bringi has been exploring the connections between her ancestral and actual homelands her entire life. The talented singer and multi-instrumentalist’s debut album, Incantations, is a milestone in a young career rooted in the integrity of India’s classical music tradition and the beauty of its mantras, as well as a groundbreaking exploration of American blues and jazz.
♣  Comfortable in numerous environments — she has performed in concert halls and universities presenting traditional material, yoga studios leading kirtans and in dance clubs overtop throbbing, bass-heavy beats — Bringi’s invigorating openness to possibility is helping to further the classical tradition without diluting its meaning and sense of personal and communal worship.
♣  “My music is about accessing a place of mystery and divinity,” says Bringi. Her harp, harmonium and bansuri (Indian bamboo flute) create an exquisite sonic foundation for her unique singing of ancient Sanskrit mantras — a practice as musically pleasing as it is culturally progressive.
♣  Sheela’s mother, Sreedevi, a Professor of Hinduism, Sanskrit and Yoga Studies at Boulder’s Naropa University, learned Vedic chanting from her grand uncle, who was a famous Sanskrit scholar in the former King of Mysore’s court in South India. Once reserved for only men to study, the groundbreaking Sreedevi passed along the recitation of these mystical spiritual teachings to her daughter.
♣  Bringi’s unique vision brings new life to these millennia-old lyrics and also to more populist Hindu devotional chants. Her gorgeous harp performance — once a staple in ancient Indian music, though today often only a footnote — on “Bhajaman Ram” locks into a Balkan-inspired odd meter. The song praises Rama, the hero of the great mythological tale The Ramayana; Bringi’s tranquil performance proves hypnotic.
♣  Mythology abounds in “The Three Eyed-One,” a ceremonial mantra to Shiva as Lord of Death, featuring snake-like saxophone and trumpet, along with the Australian didgeridoo. The fire continues in the scorching tribute to the fierce goddess Durga, “Buffalo-Demon Slayer.” Klezmer-induced brass invokes the anthemic marching music that Indian nomads brought to the Balkans centuries ago, while the traditional thavil drums keep the song charging ahead. As with the entire record, however, Bringi’s vocals take center stage.
♣  A mature and well-crafted release balancing its own arsenal of forces, from the heartfelt, gritty nature of bhajans to the seductive balladry she masters, Incantations is certain to position Sheela Bringi as a force in the evolution of Indian-American song, as well as its widespread potential to influence and inspire a world.
_______________________________________________________________ 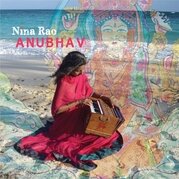