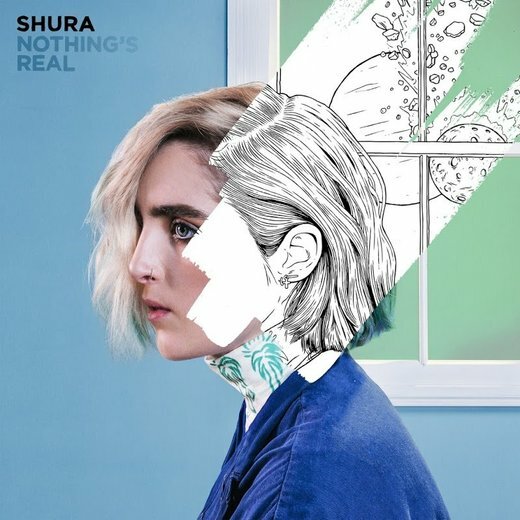 iTunes Review
•   Pop that’s both understated and immediate, from a rising singer/songwriter. On her long–awaited debut, Shura weaves together elegant, intricately patterned electro–pop that channels late–‘80s Madonna (“What’s It Gonna Be?”), Janet Jackson (“Indecision”), and more. Though it has the grand sweep and melodic goods of a major breakthrough, Nothing Real also bears the subtle flourishes (and song titles) of a reticent, deeply introspective mind.

♣© Shura — Nothings Real (July 8th, 2016)LONDON, ENGLAND — FEBRUARY 21: Shura perform at The Roundhouse on February 21, 2016 in London, England. (Photo by Joseph Okpako/WireImage)
Description:
•   Shura has announced details of her much–anticipated debut album, ‘Nothing’s Real’, which will be released on Polydor Records on July 8th. The album is available to pre–order, with ‘The Space Tapes’ (a psychedelic rework of some of the record’s highlights, laid down straight to tape) among the tracks available instantly. In many ways ‘Nothing’s Real’ is the perfect title for Shura’s debut album, which mixes the personal and the fantastical to beguiling, immersive effect. It features songs written and painstakingly recorded across two years in her Shepherds Bush bedroom — the site of which is blown up on the album’s striking artwork but also reaches back further than that: into parents, childhood, past relationships and the possibilities of the future. •   All threaded together across the album’s often–affecting narrative, the record assimilates everything Shura loves from early Madonna to Sci–fi, and War on Drugs to gaming but is also the sound of an artist pushing themselves hard, further into the unknown. A phrase coined after a breakup, ‘Nothing’s Real’ confirms Shura as an important artist for the years ahead. Welcome as the record was almost called to her Shuniverse.

Album of the week:
Tom Breihan | July 5, 2016 — 11:03 am
•   It doesn’t happen often, but there are insomniac moments where I find myself trying to lull myself back to sleep by imagining all the things I could’ve done better — relationships I fucked up, relationships I was too chickenshit to start, relationships I never even paused to consider as possibilities because I can’t process things as they happen. I’m happy with where I ended up in life, so I don’t dwell on it too often, but it’s always there: that impulse to deconstruct my own past, to figure out what I did wrong. I imagine that’s what Shura spends a lot of her time doing. Shura is a pop star, or at least a prospective pop star. She sings bright, pretty, immediately engaging songs over intricately arranged synthetic tracks, and you can almost sense the UK starmaking machinery rumbling to life, trying to turn her into something. But there’s no escapism in Nothing’s Real, Shura’s debut album, which has been a couple of years in the making. It’s not a statement of intent. It’s a long, tortured rumination, a picking–apart of a young person’s past. It’s an album full of warm and assured and deeply pretty music, but there’s something so sad about all of it.
•   Consider “2Shy,” maybe Shura’s best song, a song literally about being too shy to connect with somebody. That’s a common pose in indie–pop, shyness worn almost as a badge of honor, a defining subcultural trait. Twee–pop bands sing about that like it’s something to be proud of. Shura doesn’t sing about it that way. It’s a deep and implacable shame, a personal apocalypse. Over synths that ripple and bend, she never lets her voice rise. It stays whispery and controlled: “Let’s go find a corner we can sit in and talk about that film instead of us / Even though throughout I was thinking I was gonna say, ‘I love you’ afterwards.” And the song takes that feeling seriously, building a thundering ‘80s big–drums Phil Collins climax out of it.
•   Elsewhere on the album, she’s in autopsy mode, looking back at things that turned bad, trying to figure out where they went wrong: “Wish I knew from the start that we would never ever work things out / Maybe I knew from the start and that’s exactly how I broke us down.” On a song called “What Happened To Us?,” she describes, in simple and conversational terms, running into an ex in public and making a conscious decision to stay unnoticed, simply because “you looked so peaceful reading your magazine.” On “Kidz N Stuff,” she leaves work early to walk into what she’s just starting to realize is a breakup, and she’s flashing on all the images of kids that she did not have with this person, a whole life left unlived. It’s heavy stuff, and Shura sings about it with a simple beaten–down honesty, not with self–flagellating melodrama or blame–flinging anger.
•   This isn’t an emo album. It’s pop music — quintessentially British, beautifully subdued, produced with a grand sense of sweep to the sonics. It all sounds spectacular, even though, beyond a couple of Greg Kurstin production credits, no big names were involved. Shura co–produced most of the album herself with Joel Pott, frontman of the London indie band Athlete. On some of the songs, Shura played keyboards or did the beat programming herself, but it never sounds like a DIY affair. Instead, it sounds like major–label largesse put to work. This is a quiet, low–key version of synthpop, one that treats music like a balm to heal emotional wounds, not like some escapist laser–beam paradise. It’s synthpop the same way Jessie Ware is R&B. It exists within a continuum, but it does subtler, quieter things with its sound.
•   Musically, this is some top–shelf circa–1987 adult–contempo shit. Parts of the album sound a bit like Madonna’s “Live To Tell” or Berlin’s “Take My Breath Away.” There’s a bit of Richard Marx in a few of the keyboard sounds. The big, gated drums and the processed–all–to–hell guitars call up associations of their own: “The Boys Of Summer,” “Toy Soldiers,” “We Belong.” But Shura’s songs don’t reach out and grab you like those ones do. They, like her, are too shy. Instead, they embrace the comforting familiarity of these sounds, wrapping you up in them like a blanket. It’s textured and beautiful and so, so soothing. It’s comfort–food music, in the same way that, say, Band Of Horses is. But the crucial difference is that it draws on the ‘80s, not the ‘70s, for its associations. And let me tell you: That stuff works. Shura is using those sounds to explore grief and loss and regret, and she’s getting blissfully lost in those echoes. Those echoes are a great place to get lost. •   http://www.stereogum.com/
Also:
By Ed Nash / 04 JULY 2016, 09:15 BST / SCORE: 9
•   http://www.thelineofbestfit.com/reviews/albums/shura-nothings-real
Website: http://weareshura.com/ 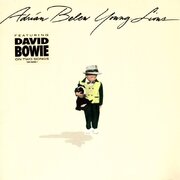