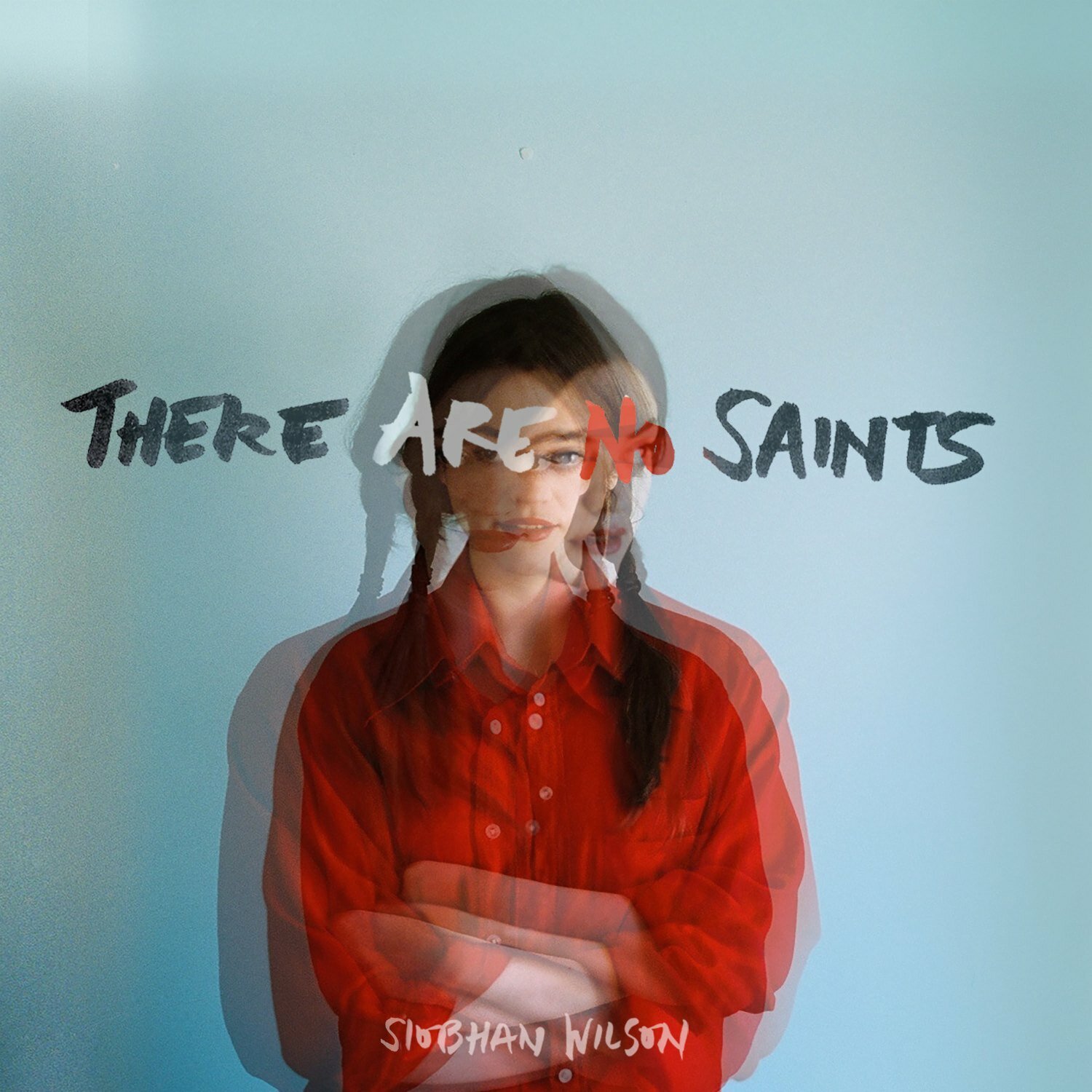 Siobhan Wilson — There Are No Saints (14 Jul, 2017)
Location: Elgin, Glasgow, Paris
Album release: 14 Jul, 2017
Record Label: Song, by Toad Records (Edinburgh, UK)
Duration:     44:30
Tracks:
01. There Are No Saints      1:30
02. Whatever Helps      2:59
03. Dear God      5:07
04. Paris Est Blanche      3:23
05. Disaster and Grace      5:55
06. J’attendrai      3:14
07. Incarnation      4:39
08. Make You Mine      6:02
09. Dark Matter      2:49
10. Dystopian Bach      5:02
11.  It Must Have Been the Moon      3:50
Credits:
★   Produced and recorded by Chris McCrory.
★   Dear God recorded by Matthew Young and Neil Pennycook.
★   Photography by Gemma Dagger.
★   Design and layout by Matthew Young                                                                          Press:
•     “Mesmerising… a hugely exciting talent”   5 stars — The Scotsman
•     “Dear God had us hang on every syllable”   4 stars — The Herald
•     “One of the most remarkable singers in Scotland… a stunning performance” — Daily Record
•     “She can silence a crowd with little more than a whisper.” — Daily Record
•     ““..personal, touching lyrics..” — Vic Galloway, BBC Scotland.
•     Siobhan was born in Elgin, but recorded and released in Paris before returning to Scotland a few years ago, which is where we first met her, playing solo at the Electric Circus in Edinburgh. It was incredible, and we immediately invited her to record for our next Split 12”.
•     In the main drawing room of Inshriach House at the Insider Festival in 2013 we recorded ‘Dear God’ for Split 12” Vol.3, which was featured as Lauren Laverne’s ‘headphones moment’, has gone on to clock up 10,000 Soundcloud plays.
•     After the release of the Split 12” Siobhan went on to release ‘Say It’s True’ on Reveal, before a chance encounter at a Modern Studies gig before Christmas led to us discussing her new album — a beautiful, minimal record which she was making with Chris McCrory of Catholic Action.
•     Generally I make sure to listen to things through several times and properly think things over before offering to release a record, but on this one I was about halfway through the first song and I knew we’d want to put it out.
•     By turns still and pretty, and with an undercurrent of nastiness which rears its head every once in a while, to my ears this is just a stunningly beautiful album. and one I am delighted to have associated with the label. Review
Chris Ogden | 10 JUL 2017 | Score: ★★★★
★   Elgin~born singer~songwriter Siobhan Wilson has been around a while under the guise Ella the Bird, but it’s under her own name she’s going to be famous. Mostly recorded live, There Are No Saints is a sparse, tender record tying English indie~folk with European classical music to spellbinding effect.
★   The opening title track is an intriguing start, its choral harmonies and gentle piano demonstrating Wilson’s classical underpinnings after she spent her early adulthood studying in Paris. Whatever Helps is a different matter altogether, a slow~burning guitar strum in the Sharon Van Etten mould in which Wilson sings about being ‘beaten by the weight of a prayer, trying to move on’. It’s a muted, mesmerising song that has the discipline never to erupt, immediately making Saints a surprising listen.
★   From then on Saints establishes itself as a sonically pure record that will work just as well on Classic FM as BBC 6 Music, marked by Wilson’s clear, delicate voice. The influence of five years’ Gallic existentialism is clear on Saints as Wilson uses her fluent French in three songs: the gorgeous, faith~questioning Dear God; the twinkly, yearning piano of J’attendrai (I Will Wait); and the understated Paris Est Blanche (Paris is White). Saints reaches its pinnacle with the bruised Disaster and Grace, its sparse piano and swelling strings captivating: ‘I saw the years in front of us unfold,’ Wilson coos, her heartbreak evident.
★   Saints isn’t entirely austere though: ‘Don’t want to be a blackbird sitting alone on the top of your gravestone,’ Wilson sings determinedly to Incarnation’s distorted guitar, before Make You Mine sees her recounting a love story with the flirtatious soul of latter~era Jenny Lewis. She’s by no means the finished article yet — as the out~of~place experiment of Dystopian Bach proves — but by the time There Are No Saints closes, Wilson has undoubtedly made her impression.
Listen to: Whatever Helps, Disaster and Grace, Incarnation
★   http://www.theskinny.co.uk/
Website: https://www.siobhan-wilson.com/
Twitter: https://twitter.com/siobhanisback
Facebook: https://www.facebook.com/siobhanwilsonmusic