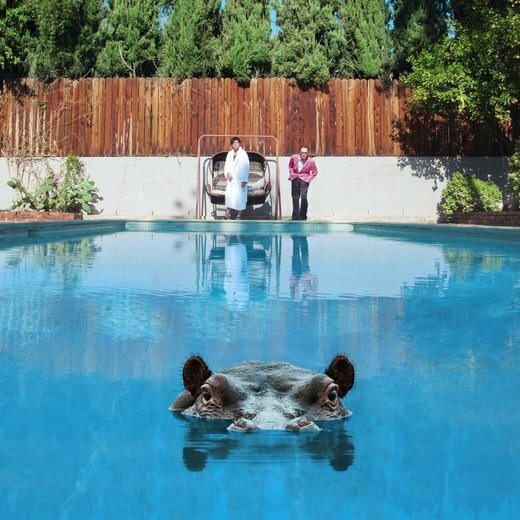 •     Brainchild of the Mael brothers, who produced experimental, often brilliant, danceable, and synth~driven music from the early ‘70s.

Formed: 1970 in Los Angeles, CA
Location: Los Angeles, CA
Album release: 8 Sept., 2017
Record Label: BMG Rights Management (UK) Ltd.
Duration:     55:18
Tracks:
01 Probably Nothing     1:21
02 Missionary Position     4:18
03 Edith Piaf (Said It Better Than Me)     4:33
04 Scandinavian Design     4:11
05 Giddy Giddy     3:10
06 What The Hell Is It This Time?     4:03
07 Unaware     3:54
08 Hippopotamus     3:48
09 Bummer     3:58
10 I Wish You Were Fun     4:05
11 So Tell Me Mrs. Lincoln Aside From That How Was the Play?     4:00
12 When You’re a French Director     2:46
13 The Amazing Mr. Repeat     3:00
14 A Little Bit Like Fun     3:58
15 Life With the Macbeths     4:13
Review
By Claire Biddles / 02 SEPTEMBER 2017, 11:30 BST / Score: 8
•     Since the early 1970s, Sparks have existed in a parallel bubble universe to the rest of the music industry. Aside from a couple of times when they have aligned with popular taste — a couple of top 10 hits in the mid~70s, a brief flurry with Franz Ferdinand as the stuff~of~dreams supergroup FFS in 2015 — brothers Ron and Russell Mael have continued making clever baroque pop that’s unconcerned with musical trends, and of a consistent high quality.
•     New album Hippopotamus is more of the same, but in the context of Sparks’ career that’s a delight rather than a disappointment.
•     Just a glance at the track listing is enough to make any Sparks fan want to stand up and start applauding: “I Wish You Were Fun”, “What the Hell is it This Time?”, “So Tell Me Mrs. Lincoln Aside from That How Was the Play?” — who has jokes this good after working in any medium for 40+ years? Each song is full of obscure character studies, strange fantasies, and clever observations of contemporary life: On “Scandinavian Design” we hear from a devotee of the Scandi~cool lifestyle (“I’ve got nothing but a table and two chairs/but they’re beautiful”). “Giddy Giddy” is a bizarre tale of a city overtaken by mass~hysterical outbreak of giddiness (“everyone displaying an immense amount of giddiness”).
•     Writing about Sparks can often feel like rendering a joke unfunny by explaining it, because so much of their success is in the performance: Russell Mael can make even the most idiosyncratic notions convincing with his vocal performance, and Ron Mael’s music is equally weighted between seriousness and Dada~esque outlandishness: “When You’re A French Director” is full of absurd sound effects and accordions, but this belies the complexity of the arrangement and the deftness of the instrumentation. Hippopotamus feels like the latest volume in an alternate cultural history formed of all the weird things that...
•     https://www.thelineofbestfit.com/
AllMusic Review by Mark Deming; Score: ***½
•   When Ron and Russell Mael were growing up, their parents probably told them they were too clever for their own good on a regular basis. But the joke’s on Mom and Dad, since the Mael brothers have managed to build a lasting career out of being the smarty~pantses behind Sparks, who’ve been doing their very particular thing since 1970 with no sign of stopping. Released in 2017, Hippopotamus isn’t an especially groundbreaking release for Sparks, but it’s a more than solid effort that shows they haven’t lost a bit of their smarts or their snarky way with a melody, an especially impressive achievement when you consider Russell was 68 and Ron was 72 when this album was released. This hardly sounds like the work of senior citizens, while it also sounds like Sparks and nobody else; Russell’s gloriously pompous vocals are as theatrical as ever, and his instrument is in fine shape, while Ron’s keyboards dominate the arrangements, carrying the melodies that combine pop hooks with prog~like bombast (though despite their arty side, this band is still incapable of keeping a straight face for long). Hippopotamus sounds contemporary without straining to appear up~to~date (despite the derisive Taylor Swift reference), at least to the extent that Sparks are as cheerfully out of place now as they’ve ever been, and the craft here is essentially flawless. And lyrically, Ron and Russell are still the Oscar Wildes of idiosyncratic pop, tossing out an endless series of bon mots about the mechanics of sex, people who tragically love the color brown, deities who hate being bothered with trivial requests, the pros and cons of giddiness, the behavior of French filmmakers, and how that hippo got into their swimming pool. If you’ve never liked Sparks, Hippopotamus isn’t likely to convince you otherwise, but as a band that seems perversely proud of being an acquired taste, this album shows Sparks are still in fine fettle, and this should delight their loyal fan base.   •   http://www.allmusic.com/
Review
by Chris Randle, SEPTEMBER 13 2017 / Score: 7.1
•   On the first proper Sparks album in nearly a decade, the Mael brothers let existential anxiety into their bouncy music more overtly than usual.
•   The Sparks catalog does not lack for unpleasant characters or situations, but existential anxiety rarely comes through this overtly. “Probably Nothing” seems like a trifle at first, until you realize it’s a meta joke about memory loss and the fear of dementia. Elsewhere the duo laments how dreary it is giving half~ignored funeral speeches (“All of them prattle on/Even your widow yawns”), a task that must be coming up more and more often. “It’s a —,” Russell begins, pausing in solemn caricature, before another voice completes the thought: “— bummer.” Mael also talks about quoting Shakespeare; I thought of Yorick, and the grin Death steals from every jester. (excerpt)   •   https://pitchfork.com/reviews/albums/sparks-hippopotamus/ 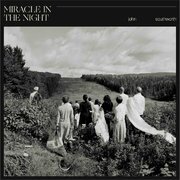