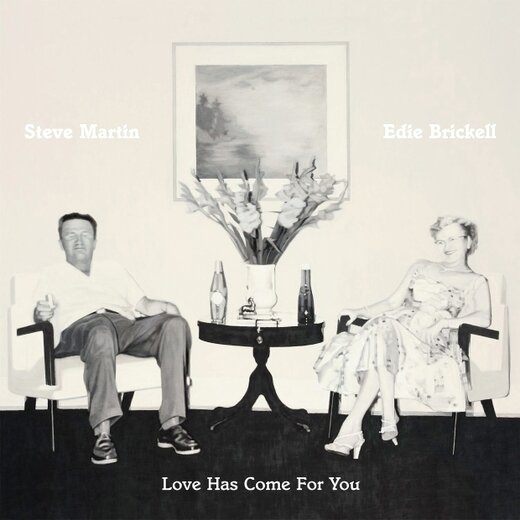 © Photo credit: Danny Clinch
Description:
• “Steve Martin is currently in the fifth decade of a varied and accomplished career as a comedian, actor, author and playwright, and as a Grammy®–winning, boundary–pushing bluegrass banjoist and songwriter. His fellow Texas native Edie Brickell initially burst onto the national scene in the late 80s fronting the New Bohemians, and has since carved out an iconoclastic solo career that's solidified her reputation as compelling singer and a songwriter of rare insight. Although these new musical partners have already built widely–respected individual bodies of work, their inaugural duo effort is a substantial departure, as a well as a creative milestone, for both artists. •   Love Has Come for You offers 13 eloquently rootsy Martin/Brickell compositions that combine the former’s inventive, expressive five–string banjo work with the latter’s heart–tugging vocals and vivid, detail–rich lyrics. Produced by legendary musician and producer, Peter Asher, and featuring the guest stylings of Esperanza Spalding, Waddy Wachtel, Nickel Creek alumni Sara Watkins and Sean Watkins, as well as the Steep Canyon Rangers, Love Has Come For You is playful, spacious, and irresistibly accessible.”
Review by Steve Leggett   (Editor rating: ****)
• Everyone should realize by now that Steve Martin is more than just a comedian who started off his career in the comedy clubs with an arrow through his head and a five–string banjo as a prop. He’s written short stories, novels, plays, and who knows how many film scripts. He’s an actor and a serious art collector, and his work, however funny it may be at times, really arcs closer to human philosophy than it does standup or slapstick, although Martin knows how to do a pratfall with the best of the Saturday Night Live crew. But for the record, and for the sake of the matter at hand, Martin is a fine and accomplished banjo player, good enough to play with the likes of Vince Gill, Tim O’Brien, Tony Trischka, John McKuen, and Pete Wernick, and, oh yeah, he's played with Earl Scruggs too, which alone should state the case. Yep, Martin can play the banjo, and better yet, he composes on it, and his gentle, lilting, and chiming banjo lines have easy, natural melodies embedded in them. This is where Edie Brickell enters the picture. On Love Has Come for You, Martin’s third album for Rounder Records, Brickell’s lyrics bring those gracefully easy melodies to life, stretching them into likewise graceful songs with a sparse, whimsical, and artfully open–aired narrative style. Her singing sounds relaxed and unpressured, just like Martin's easy–rolling banjo lines, and the two of them together are no novelty act. This is a true collaboration, and songs like the opener, "When You Get to Asheville," which features a muted chamber string section that wraps around Martin's banjo like a bright, warm blanket (the album was produced by Peter Asher), the odd, compelling "Sarah Jane and the Iron Mountain Baby" (about a baby thrown off a train in a suitcase, it could almost be called an Appalachian murder ballad, except no one dies, and the song is delivered with a sort of slightly bemused warmth), and "Shawnee," a simple, lovely, and gentle song about missing someone, all make it clear that Martin and Brickell are no accidental tourists. This is a sweet–sounding album with subtle depths, not really bluegrass, but a precisely gentle folk album that grows more graceful and revealing with each listen. Fortaken: Allmusic.com
REVIEW
by Stephen Thompson; April 14, 201310:30 PM
• For all his wry self–deprecation, Steve Martin has never been a musical tourist: The actor, comedian and author has been passionate about the banjo for decades, and trotted it out on stage at every opportunity in the years leading up to his decorated recording career. Martin’s got the chops to hang with some serious bluegrass veterans, and those guys don't mess around; when his debut album The Crow won a 2010 Grammy, it wasn’t just name recognition that put it over the top.
• Martin's impeccable taste in collaborators — most notably the pros in The Steep Canyon Rangers — merits admiration on several fronts, starting with the fact that, if he couldn't hold his own next to the best players around, fans would surely notice. But Martin's also no dummy: He knows his name makes him a big draw, and that his blessing can go a long way toward feeding some of his favorite musicians. He's a marvelous ambassador for bluegrass and other roots music, not least because he clearly cares about shining a light on the players he admires.
• On Love Has Come for You, Martin's third album, his roster of collaborators expands to include veteran singer–songwriter Edie Brickell, who’s been rattling around near the margins of pop and folk music in the 25 years since the double–platinum success of her debut album, Shooting Rubberbands at the Stars. In that time, Brickell — who, as the wife of Paul Simon, knows a little something about high–profile collaborators — has shed some of the lilt that marked her early vocals. But she’s acquired and honed a sort of plainspoken warmth that pairs wonderfully with Martin's clean, subtly playful five–string picking.
• If Love Has Come for You gives Brickell’s profile a boost, that’ll be all the more reason to celebrate a record whose charms were already plentiful. But it’s best not to forget that Martin lends these recordings more than just his name: With assists from The Steep Canyon Rangers, bassist Esperanza Spalding, guitarist Waddy Wachtel, and Sara and Sean Watkins of Nickel Creek, his banjo lines sing and sway with grace and charm that seem effortless. Fortaken: http://www.npr.org

© Photo credit: Michael Halsband
REVIEW
By SCOTT BAUER 04/22/13 09:24 AM ET EDT
• It’s clear from the opening line on the first song “When You Get To Asheville” that “Love Has Come For You” isn’t your grandfather's banjo record.
• “When you get to Asheville,” singer Edie Brickell intones after a beguiling banjo introduction by Steve Martin, “please send me an email.”
• Mixing the traditional with the modern, Brickell and Martin find a comfortable groove on what may seem like an unlikely collaboration but that turns out to be a perfect fit. •   Brickell’s ability to create vivid characters and spin a tale in the confines of a 3–minute song melds well with Martin’s five–string banjo stylings.
• Brickell lets her native Texas twang come out on songs like “Sarah Jane and the Iron Mountain Baby,” while Martin, following up his 2009 Grammy–winning debut bluegrass album, finds melodies and tunes that hearken to an earlier time but still sound contemporary.
• The title track has a particularly haunting feel that grabs a hold after multiple listenings, proving once again that Martin is more than just a comedic actor and Brickell is an underrated singer–songwriter.
Fortaken: http://www.huffingtonpost.com

© Photo credit: Danny Clinch
REVIEW
• April 24, 2013 by Rob Burkhardt (RATING: 5 / 5 stars)
• The first line of the first song on bluegrass album Love Has Come For You gives us a clue as to who is behind it: “When you get to Asheville / Send me an email.”
• Yup. It’s Steve Martin. The comedian/Renaissance man has put out another fantastic bluegrass album, this time pairing up with singer–songwriter Edie Brickell (aka Mrs. Paul Simon). It’s an unlikely collaboration, to be sure — but it works surprisingly well.
• Don’t let the lyric quote above fool you: this isn’t comedy. In fact, the lyric isn’t even Steve Martin’s (Brickell is responsible for that lyric, along with much of the other lyric content on the album.) Rather, for the last several years, it seems Martin has been on a quest to modernize the bluegrass genre, to make it relevant for today. As it happens, Brickell seems to fall right in step with that direction, primarily by writing and singing contemporary lyrics that are aren’t trying to be bluegrass, but seem to fit perfectly with Martin’s 5–string banjo.
• Speaking of the banjo, Steve Martin’s work here is stellar, as good as anything else he’s done musically. Masterfully produced by Peter Asher, Love Has Come For You tastefully keeps the banjo in the foreground, functioning almost as a duet with Brickell, with sparse but equally tasteful background instruments, including an unobtrusive string section and none other than Esperanza Spaulding on string bass.
• The true beauty of this record is that while it falls within the bluegrass/country category, it doesn’t sound like it’s trying too hard to be a bluegrass album. Edie Brickell, after all, is an indie–rock vocalist, best known before now as a one–hit wonder for the song “What I Am” with the New Bohemians. Yet while Brickell draws a bit from her Texas roots to provide the occasional drawl, there is no attempt to mimic the traditional bluegrass vocal inflections. She sounds like Edie Brickell singing modern lyrics in her own vocal style over traditional Americana arrangements — and remarkably, it sounds like these sounds have always belonged together. Trust me, it’s far better to listen to it than to describe it.
• I have to admit, I’ve always been impressed by Steve Martin’s transition from acting/comedy into music, mainly because it has turned out not to be some sort of gimmick or attention–grabber—Martin is truly talented as a musician. So I came to this record with a pretty high set of expectations, and Love Has Come For You has exceeded them all. It’s a whole different vibe from Steep Canyon Rangers, as Edie Brickell brings a completely new twist to the table. Whether we’ll see future collaborations between Martin and Brickell remains to be seen; but if this is the only one, it completely works for me. This record will be on my play list for some time to come. Fortaken: http://mimo.recordingconnection.com 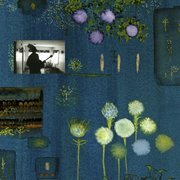