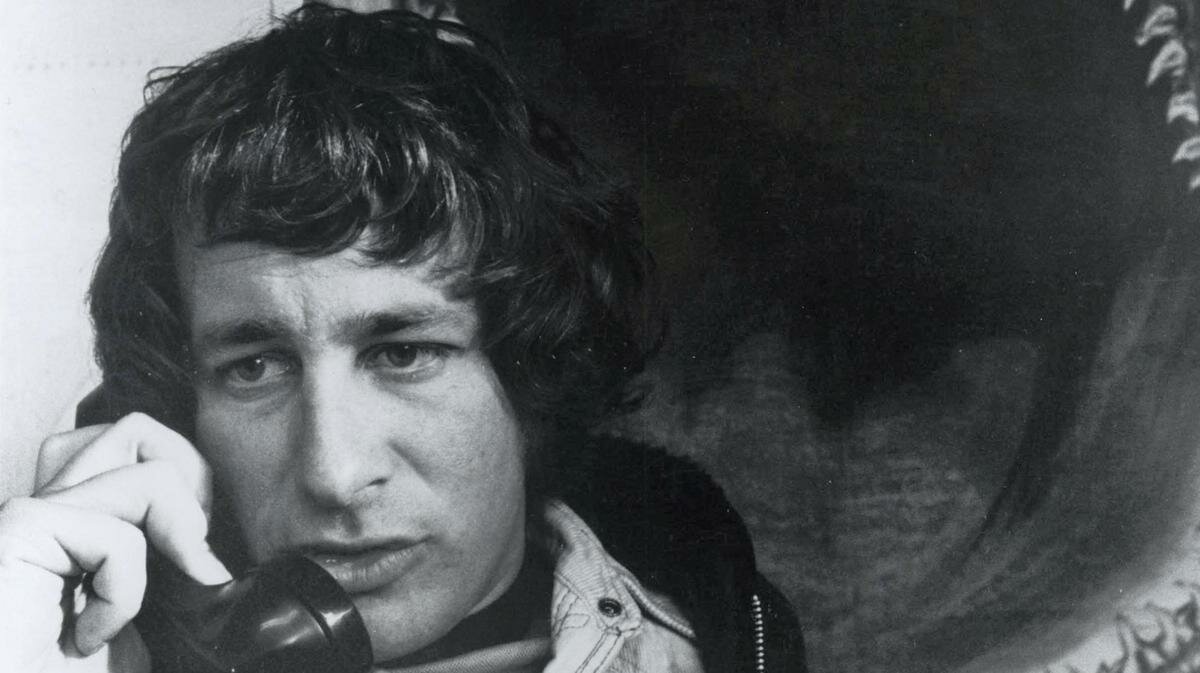 STEVEN SPIELBERG
•      Je Steven Spielberg největším režisérem vůbec? To je velmi subjektivní otázka, i když si to osobně nemyslím. Pokud jde o tvorbu filmu jako umění, umístil bych nad ním hráče jako Martina Scorseseho, Ridleyho Scotta, Sergeje Eisensteina a Akiru Kurosawu. Největší režisér pop~filmu? Pravděpodobně. Na kontě má 35 filmů, ten poslední West Side Story (romantic musical film) bude realizován do distribuce v USA 18. prosince 2020. Mimochodem na den narození režiséra.
Born: Steven Allan Spielberg, December 18, 1946, Cincinnati, Ohio, U.S.
Alma mater: California State University
Occupation: Film producer, film director, screenwriter
Why Steven Spielberg is the world’s most successful director
•     With Ready Player One in cinemas this weekend, we look back over the career of the highest grossing director in Hollywood.
•     Is Steven Spielberg the greatest director ever? It’s a hugely subjective question, although personally I don’t think so. I’d place the likes of Martin Scorsese, Ridley Scott, Sergei Eisenstein and Akira Kurosawa above him in terms of creating film as art, and few cinephiles would be likely to argue. The greatest ever pop cinema director? Probably.
The National: The world’s most successful director
•     Is he the world’s most successful director? Yes, indisputably. He’s racked up almost US$10 billion (Dh36.7bn) at the cinema box office from his 30 films as director to date, and that’s before this week’s Ready Player One lands in cinemas to add an extra billion or so to his bank balance. That truly puts everyone else in the shade. His total is almost double the career gross of his three closest rivals — Peter Jackson, Michael Bay and James Cameron, who all clear the far~from insignificant $6bn mark but still languish in Spielberg’s wake.
•     Just what is it about Spielberg’s work that keeps audiences flooding into cinemas five decades into his career? Well, while Spielberg may truly be part of the Hollywood furniture, the 71~year~old director still keeps himself at the cutting edge of cinema development.
•     Just this weekend, in an interview with ITV News in the UK, he took an uncharacteristically controversial swipe at streaming services such as Netflix and Amazon being allowed to compete for Oscars. The streaming services, with their token cinema releases designed to allow Oscars submission, are killing the market for the small indie films that studios used to routinely produce, the director claimed, meaning that cinemas are constantly full of commercial tent pole superhero movies and franchises, while the indie scene is, depressingly, shifting to TV.

Ahead of the trend

•     It’s not just in terms of how we watch films that Spielberg keeps up with the latest in technology, but how we make them too. His 1975 classic, Jaws, was one of the very first movies to make extensive use of animatronics, and although those early efforts may appear a little clunky to the modern eye, they terrified audiences of the time, and laid the groundwork for Spielberg to return to animatronic monsters in 1993’s Jurassic Park, with hyper~realistic success.
•     The director has also been at the forefront of developments in the animation world, with his Dreamworks Animation company pioneering works of 3D animation such as Shrek, Kung Fu Panda and How to Train Your Dragon.
•     His latest movie, Ready Player One, meanwhile, is a benchmark
•     In Virtual Reality (VR) films, in large part because it is one of very few films set in a VR universe that actually succeeds in being fun, and intelligent.
Historically, the two seem to have been hard to reconcile on film. While movies such as the Wachowski’s The Matrix and Katherine Bigelow’s Strange Days score highly on the conceptual, brooding sci~fi scale, representing the very worst~case scenarios of a VR future, you couldn’t really describe them as fun.
•     At the other end of the scale, films such as The Emoji Movie may succeed in being fun, at least if you’re four years old, but no one is likely to trouble them with the intelligent tag.
•     Spielberg has successfully delivered both with his latest vision, and he has a gift for making movies that are wacky enough to keep the kids smiling, while being thoughtful enough to not patronise the adult audience. This talent is a large part of what has has enabled Spielberg to prosper for so long.
•     He’s proved himself capable of appealing to both audiences individually plenty of times — the likes of Jaws or Schindler’s List are very much ones for the grown~ups, while Hook, for example, is unquestionably for the youngsters.
•     Unsurprisingly then, his greatest successes come when he unites both demographics in films such as ET, Raiders of the Lost Ark or his latest. ET, for example, on face value, is a cutesie tale of a sweet little alien trying to go home but its power~hungry military, meditations on otherness and the nature of friendship coupled to an intelligent script take it out of the realms of children’s filmdom. Raiders of the Lost Ark, meanwhile, serves as perhaps the most tangible example of Spielberg’s ability to blur the lines between films for the young and grown~up movies — its sequel, Indiana Jones and the Temple of Doom actually led to the creation of the PG~13 rating in 1984 thanks to some decidedly adult material. Prior to this, either everyone could go to a film, or only over~18s could attend, with no grey area between.
•     Raiders represents a stand~out in Spielberg’s career for another reason. Of the 39 films he has directed, including TV movies and the unreleased Slipstream, the only ones he has returned to are Raiders, and Jurassic Park. When the director criticises the studios for an over~reliance on franchises, he is speaking from some level of moral high ground given the number of films he could have returned to as a safe banker.
• He even refused to return to his breakout movie, Jaws, despite Universal’s overtures — seemingly the correct decision since the gross takings from the three sequels combined were barely half that of the original’s box office return.
•     These three factors undoubtedly play a part in Spielberg’s enduring popularity. His dedication to the latest techniques and technologies ensures that his movies are always of the moment; his ability to speak to viewers of all ages and demographics guarantees huge audiences, and his commitment to original material, rather than milking the same old cash cow, ensures there’s always something fresh in a new Spielberg movie.
•     The other major contributing factor is perhaps less quantifiable but crucial nonetheless. Whether it’s through stranded aliens, marauding sharks or high~concept sci~fi, Spielberg, quite simply, tells great stories, and ultimately that’s probably the only aspiration a director needs to have. The rest is all bonus.

Five of the best Steven Spielberg movies
Jaws (1975)
Box office: $470.7 million
•     This was not Spielberg’s first outing — The Sugarland Express had landed in cinemas the previous year, and he’d already directed a couple of TV movies, including 1971’s disturbing Duel. However, this was the one that made Spielberg a household name. The tale of a great white shark terrorising the seaside community of Amity was a masterpiece in suspenseful filmmaking, delivered one of the most memorable music scores in movie history, courtesy of John Williams. It also introduced some of the most enduringly quotable lines in cinema history, including: “You’re gonna need a bigger boat.”
Raiders of the Lost Ark (1981)
Box office: $389.9 million
•     Nazis, jungles, ancient relics, mysterious tombs and Harrison Ford. Raiders of the Lost Ark had it all. The film took more than 20 times its US$18m production costs at the box office and remains one of the top 25 highest~grossing films (when adjusted for inflation). It picked up four Oscars and many other awards, and ranks number two, behind The Godfather, on Empire’s list of The 500 Greatest Movies Ever Made. It’s worth noting that Ford, who took almost 40 years to be tempted back to his other most iconic role, Han Solo in Star Wars, has always been delighted to reprise his role as swashbuckling archaeologist Indiana Jones. He’s done so four times already, and will return for a fifth in 2020.
ET (1982)
Box office: $792.9 million
•     Spielberg’s timeless tale of friendship between boy and alien is at once a sci~fi classic, a seminal kids’ film and a tissues~at~the~ready tearjerker of immense proportions. For a film that was released in 1982 to take more than three quarters of a billion dollars at the global box office is nothing short of phenomenal, and four Oscars sit in the film’s portfolio, too. In fact, Richard Attenborough, the director of that year’s Best Picture winner, Ghandi, modestly declared: “I was certain that not only would ET win, but that it should win. It was inventive, powerful, [and] wonderful. I make more mundane movies.”
Schindler’s List (1993)
Box office: $322.1 million
•     In 1993, Spielberg proved that he could do far more than monsters, loveable aliens and whip~cracking derring~do action, not that anyone was really in doubt. Schindler’s List told the true story of Oskar Schindler, a German businessman who saved the lives of more than 1,000, mostly Polish, Jews during the Holocaust by employing them in his factories. The film, shot largely in black and white in a documentary style with the bare minimum of equipment and a modest budget, had Oscar winner written all over it, and went on to pick up seven awards, including three of the big four of Best Picture, Best Director, and Best Actor for Liam Neeson.
Artificial Intelligence (2001)
Box office: $235.9 million
•     This earns its place here as the only time Spielberg collaborated with Stanley Kubrick. The latter had been working on a script for the film for years, but never made the movie because he felt that computer graphics were not yet advanced enough to do it justice. Spielberg completed the project, and dedicated it to his friend, after Kubrick’s death in 1999. Spielberg’s finished product attracted criticism for encapsulating the worst in both directors — marrying Kubrick’s tendency for rambling with Spielberg’s wholesome fuzziness. Both Spielberg and screenwriter Ian Watson have insisted the ending was Kubrick’s, and, sentimental or not, it’s sure to bring a tear to your eye.
Chris Newbould, March 26, 2018
Notes:
Chris Newbould
Journalist, Abu Dhabi
•     Chris is a features writer for The National’s Arts and Culture section, specialising in film and TV, from the latest news and developments in the local and regional industries to the biggest Hollywood blockbusters. He studied English, and drama and film at Manchester University. He previously worked for the UK’s Guardian and its Manchester~based lifestyle magazine City Life, where he covered film, TV, music and popular culture. Prior to joining The National he was editor of the Dubai~based Digital Studio magazine, the leading trade magazine for the Middle East’s TV and film production industries. He has also freelanced for numerous UK titles including Empire, Sight and Sound, and New Musical Express. •
https://www.thenational.ae/
• ★⦿►⦿►♣⦿►⦿►♣⦿►⦿►♣⦿►⦿►♣⦿►⦿►♣⦿►⦿►♣⦿►⦿►♣⦿►⦿►♣⦿★►♣⦿★ 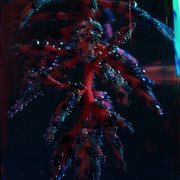