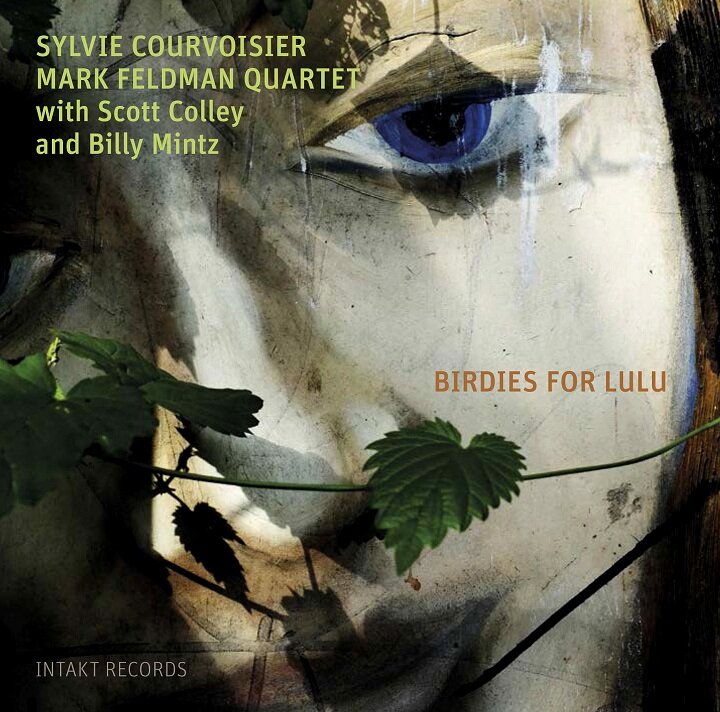 Description from booklet:
°  Birdies for Lulu unveils a revamped Sylvie Courvoisier — Mark Feldman quartet, with
the much sought-after bassist Scott Colley and drummer Billy Mintz, and it feels like a
fresh start. Mark Feldman: “When we made the switch, the music took a much different turn — which is at should be, when 50 percent of the band is different.” The music pianist Courvoisier and violinist Feldman make together often references jazz and modern European/American composed music. On Lulu those recombinant strains sound crisper, more concise and focused than before. Also funnier and more swinging.
°  The opening chapter of Mark’s suite “Cards for Capitaine” sets the tone: a modern
boogie beat for unison bass and piano, Mintz’s brushes pushing without crowding,
Feldman pizzing in time, then double–stopping microtonal arco shmears, screeching,
sawing wood and pulling teeth. “Rehearsing it, I usually played lines over the
chords, but it started to seem too obvious. I started playing noises instead, as kind of a joke, but then I got serious about it.”
°  “Cards for Capitaine” is for a late Swiss friend of the co–leaders, Yves Ramseier,
expert in ancient languages like Sanskrit. To compose it, Feldman quickly sketched
out notated or verbal directions for longer or shorter musical episodes on index
cards. The players spent a couple of days rehearsing. Then, just before they recorded,
Feldman shuffled the cards. “But indeterminacy let me down a little,” he says
with a laugh, so he did some discreet re–ordering while editing — reimposing his
compositional sensibility onto randomized (and improvised) content. The Capitaine
coda that ends the program includes snippets of music already heard, isolated and
looped in alongside fresh material from the index cards — including most of that
pileup of false and slapstick endings.
°  Restricting thematic material to what fits on a card accounts for much of the focused
clarity in a suite where some vignettes fly by and others give players room to stretch. There are lovely quiet moments, like the duet that ends Part 2: Sylvie uses piano as an autoharp, strumming strings with one hand as she fingers keyboard chords with the other, while the violinist plays flautando — bowing gently over the fingerboard, for a hollow tone like Zamfir’s panpipe. At the top of Part 3 piano be–comes Blind Willie Johnson’s slide guitar, and then everything goes Euro–romantic. In Courvoisier’s stormy chords, you can see clouds racing against the moon, as drapes stir in the breeze by an open balcony; violin and bowed bass violin play a canon in undulating oceanic motion, repainting Debussy’s blue sea.
°  As noted, there are swinging episodes too, on and off the cards. Mintz’s “Shmear” launches the band out of the gate, airborne on his tangy ride cymbal. But then it takes an unexpected turn, grand piano announcing an imminent hymn or anthem that never arrives. In its place, fireworks in a night sky are depicted by streaking violin, bass moaning, and Mintz making low toms resonate like giant frame drums. Courvoisier strikes low keys with one hand while the other stops harmonic nodes on the fat strings, for George Crumb–like cathedral–bell harmonics.
°  The puckish waltz  “Downward Dog,” introducing an unofficial Sylvie suite, is a sort of mid-program reboot — the start of the album’s flipside if you like. Once past that madly wide–leaping and un–violinistic melody that Feldman pulls off with aplomb, it’s a vehicle for Courvoisier’s piano, and an object lesson in what she got from Monk in terms of open space, dense harmony, and the importance of finding your own voice. Springy bass and drums keep it buoyant.
°  Her “Birdies for Lulu” grew out of a request from another Swiss friend, the maker of astonishingly detailed, spookily animate automatons François Junod, to write calls for two mechanical birds he’s building. “The beginning is a kind of transcription of three birds from the forest behind my brother’s house in Colombier, near Neuchâtel. After I got back home to Brooklyn, I decided to re–use some of that material for a quartet piece. My cat Lulu got really excited hearing birdcalls coming from the piano!” Those calls sound especially stark, redder in beak and claw, played in excited unison with violin — but then these two always sound great, congregating around piano’s top notes. (Mintz’s soft cymbal rolls likewise coax out bright metallic overtones.) The Messiaen comparisons write themselves.
°  “Travesuras” derives its name from a Mario Vargas Llosa novel Sylvie had been reading, Travesuras de la niña mala: in English, The Bad Girl. “Travesura” means a prank or antic, fittingly enough for this album in general, and a particular piece that plays slippery escalation games with dynamics and tempo. But the composer says, really she just likes the sound of the word.
°  Various factors bind these pieces thematically — frequent unisons involving three pairs of players, the use of pure sound within or alongside tonal play, enigmatic shifts in direction, and Mintz’s birdlike brushes. The drummer is hard swinger and tasty colorist both, and links up beautifully with the bassist. Colley’s sure arco is a perfect complement to Feldman’s violin, but Scott’s pizzicato tone sings sweetly too. For that hear his solo on Mark’s “Natarajasana” (a Sanskrit word, callback to the Capitaine, and like “Downward Dog” the name of a yoga pose). “Natarajasana” is the calm eye at the center of an album that plays like an extended, integrated suite. Feldman who sequenced Lulu can hear that’s how it turned out, although he hadn’t planned it that way. These players (and composers) are so in tune, they bake in unity even without conscious intent.
°  Kevin Whitehead (Author of Why Jazz? A Concise Guide (Oxford))
____________________________________________________________
Label: http://www.intaktrec.ch/230-a.htm
Website: http://www.sylviecourvoisier.com/
Website: http://markfeldmanviolin.com/
MySpace: https://myspace.com/sylviecourvoisier
For info and promo, please contact:
Sarah Turin: +41 21 619 45 21 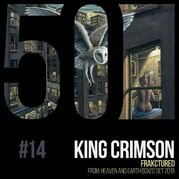