¶  The late Terry "T" Lavitz (b.April 16, 1956, in New Jersey) was perhaps best known as the keyboardist for the jazz rock band, the Dixie Dregs. He received two prestigious awards from Keyboard magazine - "Best New Talent" in 1981 and "Jazz Keyboard Player of the Year" in 1992. He was a classically trained acoustic player, and collaborated with many great musicians including Widespread Panic (described by T as Miles Davis meets the Grateful Dead), Jefferson Starship, The Bluesbusters, Nils Lofgren, Billy Cobham, Jeff Berlin, Scott Henderson, Steve Smith and Danny Gottlieb. He was also the initial musical catalyst for the formation of the Grateful Dead cover band, Jazz Is Dead, arising from his experience opening for organist Melvin Seals' San Francisco Bay Area rock band JGB, formed to preserve the memory of Jerry Garcia and his music. T learned a lot about composition from Steve Morse, and loved albums like Pat Metheny's "Rioting".  He was also a lifelong fan of the jazz fusion giants, Weather Report, and loved artists like Stevie Wonder, Herbie Hancock, George Duke, and Tower of Power and Santana's Chester Thompson. However, as regards keyboard skills, T Lavitz was as talented as any of the artists previously mentioned, and should always be remembered as  one of the great jazz-rock/fusion keyboardists. "From The West" is a good instrumental/vocal album, and amply demonstrates T's wonderful keyboard skills. As well as T's own compositions and collaborations with G.Gray and Jeff Richman, he also includes a cover of Rogers & Hart's "Spring Is Here". Guest artists include Maria Muldaur, Bruce Hornsby, and many more. Try and listen to Paul Barrere's "On My Own Two Feet" album featuring Terry "T" Lavitz, and "T" Lavitz's own "Electric" album. Jazz Is Dead's "Blue Light Rain" album is also worth hearing.

BIO (WIKI):
¶  Terry "T" Lavitz (April 16, 1956 – October 7, 2010) was an American jazz-rock/fusion keyboardist, composer and producer. He is best known for his work with the Dixie Dregs and Jazz Is Dead. Born on April 16, 1956, Lavitz grew up in New Jersey. He started taking piano lessons at the age of seven and was offered a scholarship at the Interlochen Arts Academy in Michigan where he studied before attending the University of Miami's School of Music. While in his senior year at the UM he was asked to join the Dixie Dregs. He accepted the invitation and played his first show in January 1979. 'Dregs of the Earth', released in 1980, was the first Dregs album he could be heard on. In 1981 he won the 'Best New Talent' category of Keyboard Magazine's Annual Readers Poll. The Dregs broke up in January 1983 and T Lavitz, Rod Morgenstein and Andy West went on tour with former Little Feat guitarist/singer Paul Barrere. 'Extended Play', a five song EP, was released in 1984. The album also featured future Dregs and Steve Morse Band bass player Dave LaRue. In 1985 Lavitz joined the Bluesbusters, a blues-rock quintet also featuring Paul Barrere, guitarist/singer Catfish Hodge, bass player Freebo (Bonnie Raitt) and drummer Larry Zack. They released two albums and toured extensively. His first solo album 'Storytime' was released in 1986. ¶  The critically acclaimed 'Players' album with Jeff Berlin, Steve Smith and Scott Henderson was released in 1987. The Dregs reunited in 1988 to record two songs as a demonstration CD for the Ensoniq company. A short tour followed with Dave LaRue replacing Andy West. Later that year T Lavitz joined the reformed Mother's Finest on tour. Tours with Bill Bruford and the Billy Cobham Trio followed. In 1991 T Lavitz was invited to join Widespread Panic after playing keyboards on their first album for the revived Capricorn Records label. Lavitz toured with Widespread Panic from April 1991 through the end of that year, but left the band as the Dixie Dregs reunited and re-signed with Capricorn Records in 1992. The re-formed Dixie Dregs shared a bill with Widespread Panic at two events in February 1992 with Lavitz performing with both bands; these were his final two appearances as the keyboardist for Widespread Panic. The Dixie Dregs recorded 'Bring 'Em Back Alive' during a tour in February. Violinist Allen Sloan, who had become an anesthesiologist, was unable to continue touring and was replaced by former Mahavishnu Orchestra violinist Jerry Goodman. That year T Lavitz won the 'Jazz Keyboardist of the Year' category of Keyboard Magazine's Annual Readers Poll. 'Full Circle', the first Dregs studio album in 12 years, was released in 1994. Another solo album 'Gossip' was recorded before T joined Jefferson Starship in 1996. Jazz Is Dead was formed at the end of 1997 with T Lavitz, Jimmy Herring, Alphonso Johnson and Billy Cobham interpreting the Grateful Dead's music in a jazzy, instrumental vein. "Blue Light Rain" was recorded during the first tour in 1998. Billy Cobham was replaced by Rod Morgenstein and Jeff Sipe by the time the second album 'Laughing Water' was released. The Dixie Dregs did a short tour in late August 1999. ¶  The band was joined by original members Andy West and Allen Sloan. Lavitz continued touring with Jazz Is Dead and also whenever possible with the Dixie Dregs. In the first part of the new millennium T Lavitz took part in several projects. 'Endangered Species', with Jimmy Herring, Richie Hayward and Kenny Gradney was released in 2001, 'Cosmic Farm', with Rob Wasserman, Craig Erickson and Jeff Sipe, was released in 2005 and 'Boston T Party', with Dennis Chambers, Jeff Berlin and Dave Fiuczynski, was released in 2006. In the summer of 2006 he began teaching at the Summer Performance Program at the Berklee College of Music, Boston, MA. ¶  Lavitz died on October 7, 2010.

MORE:
¶  Keyboard player T Lavitz joined the Dixie Dregs (aka the Dregs) in 1979, just after Night of the Living Dregs. He played with the band until it broke up in 1982. Lavitz issued a number of independent label releases in a jazz-rock vein during the remainder of the ‘80s and into the ‘90s, including Extended Play (1984), Story Time (1986), From the West (1987), T Lavitz and the Bad Habitz (1989), Mood Swing (1991), and Gossip (1996). During the ‘90s he also toured and recorded with a re-formed Dixie Dregs, appearing on the band’s 1992 live effort Bring ‘Em Back Alive and the studio album Full Circle, released two years later. The ‘90s also saw Lavitz playing with Widespread Panic and Jefferson Starship, and forming Jazz Is Dead, a fusion-oriented quartet that put its own spin on Grateful Dead material, with guitarist Jimmy Herring, bassist Alphonso Johnson, and drummer Billy Cobham. During the new millennium Lavitz participated in some additional notable collaborative projects, as can be heard on 2001’s Endangered Species (featuring guitarist Herring and the Little Feat rhythm section of Richie Hayward on drums and Kenny Gradney on bass) and 2006’s Boston T Party (with drummer Dennis Chambers, bassist Jeff Berlin, and guitarist Dave Fiuczynski), the latter featuring Lavitz not only as keyboardist but also as composer of most of the disc’s material. In the latter half of the 2000s Lavitz served as a faculty member of the Berklee College of Music and issued a new solo recording, Electric (2009).
¶  T Lavitz died unexpectedly in his sleep on October 7, 2010.
© John Bush
© 2011 Rovi Corporation. All Rights Reserved http://www.allmusic.com/artist/t-lavitz-p6952/biography 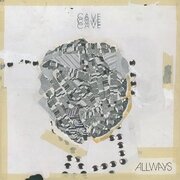