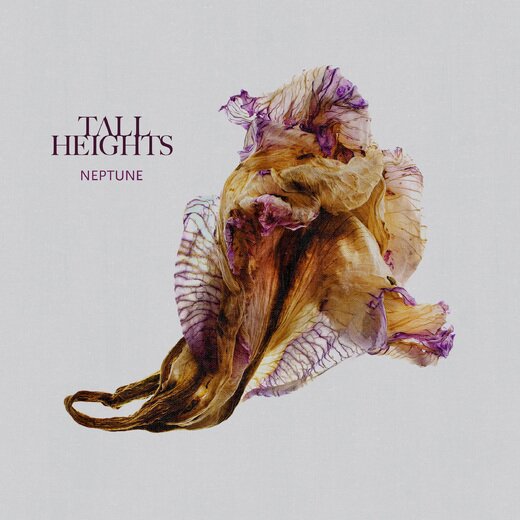 ♣   Anne Wickman z Boston Magazine jim položila osm otázek a obzvláště jedna by našeho čtenáře mohla zaujmout..., ještě více však odpovědi Tima a Paula:
If you could collaborate with any artist, who would it be?
TH: Right now I’d love to do something with Anais Mitchell. She’s a gorgeous songwriter and has such a good handle on song structure and just building fantastic pieces of music. She also has a knack for writing from a subject or concept.
Paul Wright: I’d love to hang out with Laura Marling and have us do some cello and harmonies with her.
♣   Tall Heights is a progressive folk duo based in Boston, MA. The group formed in 2010 and consists of singer/guitarist Tim Harrington and singer/cellist Paul Wright. Recent touring has also featured percussionist/singer Paul Dumas. Their releases include Rafters, The Running of the Bulls EP, Man of Stone, Holding On, Holding Out, and Neptune, coming August 19, 2016 on Sony Masterworks.
♣

“After seeing Tall Heights live twice now, once in Newmarket, NH and a second time in their hometown of Sturbridge, MA, these guys are the real deal. Neptune is their debut album after signing a record deal with Sony Masterworks. Paul Wright (cello) and Tim Harrington (guitar) started out busking for spare change on the streets of Boston. Their harmonies are some of the best I’ve ever heard. Hearing Spirit Cold live moved both my wife and me to tears. Listen to it now; I promise it’ll be one of the best ways to spend the next 30 seconds of your life. And then buy their album. We already bought our tickets for their Providence show.” «Timmy Ho, August 19, 2016»

Review
By Kurt Suchman  |  August 19, 2016  |  10:30am  |  Score: 7.8
♣   The journey behind Boston folk–pop band Tall Heights in itself is an emblem of change and growth. When lifelong friends Tim Harrington and Paul Wright first moved to Boston from their sleepy hometown in suburban Massachusetts, the duo wanted to keep things simple. Humble beginnings by busking led to their first taste of genuine growth when, after 100 days of performing, the band’s immediate popularity raised enough money to fund their first album plus their entire living costs. A similar growth is portrayed on Neptune, where two individual voices are able to collaborate in order to bolster one another. After keeping things simple and sticking to what’s essential from their busking days, Tall Heights got to know their strengths intimately and with great precision, which is why they are able to use their strengths so cleverly.
♣   While the band’s sound has grown into something seemingly much larger than the band’s two core members, the albums unwavering intimacy assures listeners that the band has stayed true to their roots. With the original band intact, the emotive harmonies and breezy folksiness only grows larger, lusher, and all the more strong. Midway through the album, “Horse to Water” cuts sparse, hollow guitar plucks with fully–fledged harmonies and a melancholic cello, making for a song equally resilient as it is depressed. Tall Heights plays with emotions and feelings well with this same practice, introducing cutting guitars and spacious synths on tracks such as “Infrared” and “Backwards and Forwards.” The band is able to trek into foreign lands with their newfound growth and sense of adventure, employing an almost electronic R&B feel to songs like “Infrared.”

♣   While an indie folk band through and through, there is an expanse of different influences that inspired “Neptune”, which the band can now experiment with after learning their core skills so finely. Without their modest beginnings, Tall Heights would not have been able to push the personal boundaries they manage to easily surpass on Neptune. Learning to make the most of their minimalist approach early on, Tall Heights does not need to rely on anything flashy to garner attention. Even at their most mature, Tall Heights fully retains all that shaped them early in their career, retaining a true sense of self even during a period of such exponential growth.
♣   https://www.pastemagazine.com/
Website: http://www.tallheights.com/
Twitter: https://twitter.com/tallheights
Facebook: https://www.facebook.com/tallh
Label: https://www.sonymusicmasterworks.com/
Interview by Scott Preston: http://www.cincygroove.com/?p=41696
Eight Questions for Tall Heights: By Anne Vickman: http://www.bostonmagazine.com/arts-entertainment/blog/2012/05/10/questions-for-tall-heights/

© Ballroom transformed into coffee shop for students to hear Tall Heights duo
BIO
♣   Getting there is half the fun, as the old saying goes, but the journey is really the whole point for Boston progressive–folk duo Tall Heights. Singer/guitarist Tim Harrington and singer/cellist Paul Wright know where they’ve been, and where they want to go. As for the route, well, “we’re just mapping it out as we take it, day by day,” says Harrington.
♣   They’ve reached their biggest junction so far — Neptune, due August 19, is Tall Heights’ first album for Sony Music Masterworks, and the latest step in the ongoing evolution of their sound and style.
♣   Harrington and Wright formed Tall Heights in 2010, keeping their songs stripped down to their essential elements, in part, to make it simpler to perform on the streets of Boston.
♣   Neptune is a far lusher construct: along with pristine and emotive vocal harmonies, there’s subtly chugging electric guitar and a spare descending bassline on “Iron in the Fire,” ethereal synthesizers and a spacious drum part on “Spirit Cold,” a brittle splash of percussion to open “Backwards and Forwards” and feedback created by two cellphones on “Cross My Mind.”
♣   “It was helpful and I think comforting to define ourselves as two vocalists, guitar and cello,” Wright says. “There was a beauty and a simplicity, and stepping outside of that box is pretty scary, because you’re forced to redefine yourself and do some sonic soul–searching. I think this record reflects the results of that scary step.”
♣   The band’s broadening sound came from the musicians’ conscious effort to push themselves, and each other, to create in new ways. By relying on a few core elements at the start, the duo learned to make the most of their minimalist set–up. “It taught us to be lean and mean and effective with just two voices and two instruments,” Harrington says. “It made us consider vocal tone and the way voices can mesh and interact.”
♣   As those lessons took root, the pair essentially gave themselves permission to push their musical boundaries outward over three separate recording sessions at Color Study studio in tiny Goshen, Vermont, that yielded songs for their 2015 EP “Holding On, Holding Out”, and for Neptune. Not only did Harrington and Wright expand their sonic palette throughout the process, they also altered their approach to writing. The musicians tend to develop ideas separately, before one brings a new song to the other for further development. It’s a reflection of their early days sharing musical ideas, when Wright was living overseas and Harrington was finishing up college.
♣   “We would send each other terrible sound–recorder voice memo files and we’d write these nice emails to each other about each other’s songs, so creating concepts independently is something we’ve always done,” says Wright, who has been friends with Harrington since they were kids growing up in the central Massachusetts town of Sturbridge.
♣   They changed the formula on Neptune. Four songs on the album — “River Wider,” “Infrared,” “Cross My Mind” and “Growing” — are the result of one musician looping a simple instrumental part and letting the other write lyrics for it. With the last recording session looming, the duo worked faster than usual on those songs, particularly the somber, atmospheric “Cross My Mind.” “We were under the gun, he was downstairs making one thing, I was upstairs making another thing, we put them together and then we workshopped it in the car on the drive up to the studio,” says Harrington, whose Boston apartment is literally upstairs from Wright’s.
♣   Their ever–closer collaboration, and the time they gave themselves in the studio to develop it, is indicative of the band’s developing approach to making music. “I can hear the evolution happening,” Harrington says. “I feel like we’re walking across a bridge from one place to another, and maybe I’ll always feel that way, but I’m really happy with how we’re moving.”
PRESS:
♣   “Intimate and arresting” — NPR
♣   “Tall Heights employ a collection of acoustic guitar, cello, and electronic drums,​ ​reminiscent of contemporary indie folk giants like Justin Vernon and Fleet​ ​Foxes.”​​ — XPN
♣   “In addition to finger–picked guitar, swelling cello and tight,​ ​prismatic vocal harmonies, ‘Spirit Cold’ boasts a bold, airy drum part​ ​that propels the song through the peaks and troughs of the​ ​arrangement.”​ — Wall Street Journal​
♣   “It’s a contemporary sound that is not without its ageless qualities.” — Chicago Sun Times
♣   “Certifiably unclassifiable.” — Boston Herald
♣   “There have been many bands in recent years that have employed beautiful close harmonies, but when you add the strings and the great songwriting, Tall Heights is a notch above the pack.” — WBEZ
♣   “Call it simply gorgeous.” — WFUV
♣♣♣♣♣:::::::::::::::::::::::::::::::::::::::::::::::::::::::::::::::::::::::::::::::::::::::::♣♣♣♣♣ 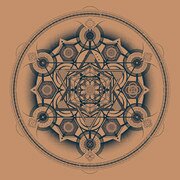