Website: http://www.tasseomancymusic.com.
Out of This Spark at: http://www.outofthisspark.com
Tumblr: http://www.tumblr.com/tumblelog/tasseoblog
Mgmt:
OOTS:
Turf:
≈ Tasseomancy is a continuation of what was a bare bones neo-folk duo. Formerly known as Ghost Bees, Canadian twins Sari and Romy Lightman have found a heavier, more ambient sound, ripe with dreamy, dissonant vocals, influenced by eastern song, drone music, phonography and myth.
As touring members of the electronic outfit, Austra, they return to their ancestral side with their second full-length Ulalume, co-produced and accompanied by Taylor Kirk and Simon Trottier of Timber Timbre.
≈ Tasseomancy expands its scope to move beyond earlier acoustic arrangements, combining the rhythmic soundscapes of Popol Vuh and Comus with the dream-like state of Julee Cruise. The outcome is both terse and expansive, haunting and resonant in the manner of early soul music, with a smoke ribbon shape and full peal all it’s own.
ULALUME is released in August 2011 on cd and vinyl from Out Of This Spark (CA/US) and as a specially designed candle and matchbox set from Turf Records (UK). The album is available on iTunes in Europe and the rest of the world through Classy Stitch. 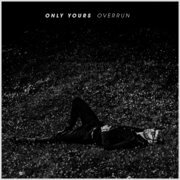