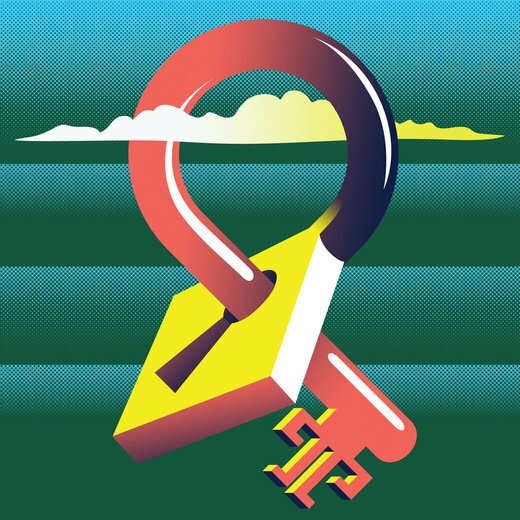 ♠   Psychedelic mischief~making from the Kettering quartet.
Location: Kettering, England
Genre: Psychedelic Pop
Album release: March 3rd, 2017
Studio: Pyramid Studio, (Kettering, Northamptonshire)
Record Label: Heavenly Recordings (UK) / Fat Possum (US)
Duration:     48:54
Tracks:
01. Certainty     4:25
02. All Join In     4:03
03. (I Want to Be Your) Mirror     4:47
04. Oh the Saviour     3:46
05. Born Into the Sunset     4:46
06. How Would You Like to Go?     3:35
07. Open Air     4:48
08. In My Pocket     3:04
09. Celebration     4:20
10. Mystery of Pop     3:26
11. Roman Godlike Man     3:40
12. Strange or Be Forgotten     4:07
Japanese bonus track:
13. Henry’s Cake
Producer:  James Bagshaw
Temples is:
♠   James Bagshaw
♠   Thomas Walmsley
♠   Adam Smith
♠   Samuel Toms
Review
Barry Nicolson, 10:38 am, Mar 2, 2017 / Score: ****
•   Temples’ 2014 debut ‘Sun Structures’ arrived with sky in its hair and the endorsements of Noel Gallagher and Johnny Marr ringing in its ears, putting the Kettering quartet at the forefront of an exciting new wave of British psych. Yet whereas the artists they were most obviously indebted to — think early Bowie and Pink Floyd, Nazz and T. Rex — employed subversive humour and acid~fried absurdity, Temples themselves were masters of surface~level psychedelia: less a state of mind, more a feat of engineering.
•   In contrast to contemporaries like MGMT or Tame Impala, whose music foregrounds the quirks and neuroses of its creators, Temples’ music reveals little about the personalities behind it, other than the contents of their record collection and the breadth of their know~how. Frontman~producer James Bagshaw’s carefully constructed simulacrum of psych~rock’s gilded age was consummately done, but it felt more like the work of a highly skilled artisan than an all~seeing auteur.
•   To some extent, you could make the same criticism of ‘Volcano’, whose 12 songs similarly abound with trite imagery of suns, mountains and boats bobbing along on lakes of molten lava. Yet, much like its predecessor, ‘Volcano’ has a knack for winning you over: opening track ‘Certainty’, with its squelchy Moog bassline and lysergic Disney hook, is a sheer sonic marvel, while elsewhere the band’s sonic palette has been expanded to include the pulsing, proggy motorik of ‘Open Air’ and baroque chamber~psych of ‘(I Want To Be Your) Mirror’. Best of all is the note~perfect approximation of The Kinks going space~glam with Brian Eno manning the controls on ‘Roman God~Like Man’.
•   Temples might be missing the spark of genius and/or insanity that set their idols apart, and are occasionally guilty — as on ‘In My Pocket’ or ‘How Would You Like To Go?’ — of using psychedelic window~dressing to embellish otherwise unremarkable songs, but they remain supremely gifted melodists and assiduous students of the past. ‘Volcano’ may rank as more of a technical progression than an artistic one, but it’s no less impressive for that.   •   http://www.nme.com/
Review
Words: Megan White, Score: 8/10
•   Kettering psychedelic crew ably build on the success of their debut...
•   After debut Sun Structures was lavished with critical acclaim, charting in 18 countries and sending Temples on sell~out nationwide tours, it was hard to imagine how they might follow up on this success. Named Rough Trade’s Album of the Year, and becoming the biggest selling vinyl album in independent record shops of 2014, the Heavenly quartet had a huge weight on their shoulders ahead of the second album.
•   But on Volcano they really have outdone themselves — no second album syndrome here — taking their synth~pop, festival~friendly sound into something more sophisticated, with more depth. Produced in singer James Bagshaw’s home studio (as was the last album), it’s rich in intricately layered synths, blending swathes of influences into a more distinctive sound.
•   From stellar opening track and first single from the album, ‘Certainty’, to the closing chimes of ‘Strange or Be Forgotten’, Temples stun with their dreamy, space~age psychedelia. ‘Certainty’ could be their strongest track yet — a true mission statement for the album — and was described by Bagshaw as having an “eerie, early Disney vibe, something playful and harmonious, but with a dark twist.”
•   It takes a few listens to appreciate everything that’s going on within the songs, which are more psychedelic than pop this time round, but it’s clear from the offset that the band have not only built on their debut, but expanded their sound hugely.
•   Some of the tracks boast a sci~fi~esque quality — ‘All Join In’ wouldn’t sound out of place in a dramatic space film, with its poppy intro. Others are sure~fire summer hits, with ‘Born Into The Sunset’ and ‘(I Wanna Be Your) Mirror’ certain to win over festival crowds.
•   Kicking off their UK tour with a spot at Glasgow’s 6 Music Festival, it will be interesting to see how the songs translate live — it may be difficult to reproduce the rich recorded sound in cavernous spaces — but there’s no reason why Temples won’t continue to be an outstanding live act as well as on record.  ♠   http://clashmusic.com/
Bandcamp: https://templesmusic1.bandcamp.com/
Website: http://www.templestheband.com/
Twitter: https://twitter.com/TemplesOfficial
Facebook: https://www.facebook.com/templesofficial
Bandcamp/Label: https://fatpossumrecords.bandcamp.com/
••••••••••••••••••••••••••••••••••••••••••••••••••••••••••••• 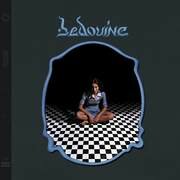