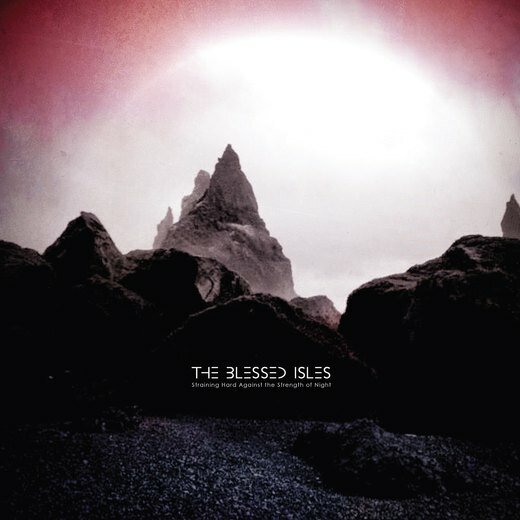 The Blessed Isles — Straining Hard Against the Strength of Night

AllMusic Review by Paul Simpson;  Score: ***½
°   Long in the making, the debut album by Brooklyn~based duo the Blessed Isles mixes the chiming guitars of dream pop with driving rhythms inspired by Brit~pop and new wave. Vocalist Aaron Closson (formerly of Dallas alternative rock group the Hourly Radio) has a light, wispy voice that blends perfectly with the layers of crepe~thin guitars. While they have a knack for atmospheric sounds, the songs themselves are actually quite solid and poppy. Many of the songs have uptempo rhythms recalling New Order or even the Cure’s more sprightly moments like “In Between Days.” Songs such as “Like I Am Dreaming” tuck in a bit of gliding My Bloody Valentine~esque guitar underneath their galloping rhythms, but the boost of distortion propels the songs rather than drowning them. “Confession” is the most overtly New Order~sounding moment, with bright, pulsating synths, smooth guitars, and apologetic lyrics that seem to counteract the happy~sounding music. “Chase Away the Sun” is a bit slower and more Cocteau Twins~like, but without quite reaching the level of otherworldly strangeness as that group. “Touch” is easily the album’s most urgent, anthemic song, adding a huge dose of tension to their sound. The synth arpeggios and seemingly optimistic tone (but still somewhat sad lyrics) of “Assumption” seem directly inspired by the type of ‘80s new wave that was aimed at the pop charts rather than college radio. The album curiously ends with “Proxy,” a brief instrumental with scorching yet controlled guitars. The album ends up being quite refreshing in the way it mines ‘80s sounds rather than the grunge~like heaviness that most shoegaze revivalists seem to prefer.
Artist Biography by Paul Simpson
°   The Blessed Isles are a Brooklyn~based dream pop duo whose lush, chiming guitars and driving drum machine rhythms recall the Cocteau Twins and Slowdive as well as the more uptempo, urgent moments of the Cure and New Order. Initially formed as a solo project of Aaron Closson, frontman of Dallas alternative rockers the Hourly Radio, the Blessed Isles became a duo with the addition of Nolan Thies from fellow Dallas group Little Black Dress. The duo released a digital EP titled Caroline in 2011, but they quickly pulled it from online retailers once they signed with Saint Marie Records that year. The Blessed Isles contributed tracks to the label's Static Waves compilation series while continuing to work on their debut full–length, in addition to Closson completing graduate studies at Yale. The album, titled Straining Hard Against the Strength of Night, finally arrived in April of 2016.  °   http://www.allmusic.com/
Also:
Review
By Troy Michael
°   Fans of the Brooklyn~based band the Blessed Isles must have some serious intestinal fortitude. It has taken five years of recording in four states for the Blessed Isles to get their debut release, ‘Straining Hard Against the Strength of Night,’ finished. But now, the 9–track album is here.
°   With a mixture of shoe gaze glory blended with synth pop, ‘Straining Hard Against the Strength of Night’ is full of heavily layered songs. Filled with synths projecting atmospheric background with quick punches of techno filler, the songs are like waves cascading over each other in the trembling sea.
°   The Blessed Isles is merely a duo consisting of vocalist and guitarist Aaron Closson (The Hourly Radio) and multi–instrumentalist Nolan Thies (NTIONS). Based on the songs, you’d think it was a full band playing here, but then again, you can do a lot of things with computers and keyboards. By the time you get to track four (“Give”), you can’t help but to think of Closson and Thies in a studio wearing their best Cure outfits and surrounded by computers. Closson’s ghostly falsetto is barely audible at times as the wall of sound crashes behind him. Make no mistake about it, ‘Straining Hard Against the Strength of Night’ is good for what it is, and if you grew up in the ‘80s when MTV played music videos, music like this was a dime a dozen. °   http://innocentwords.com/
Website: http://www.theblessedisles.com/ 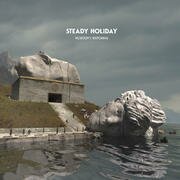