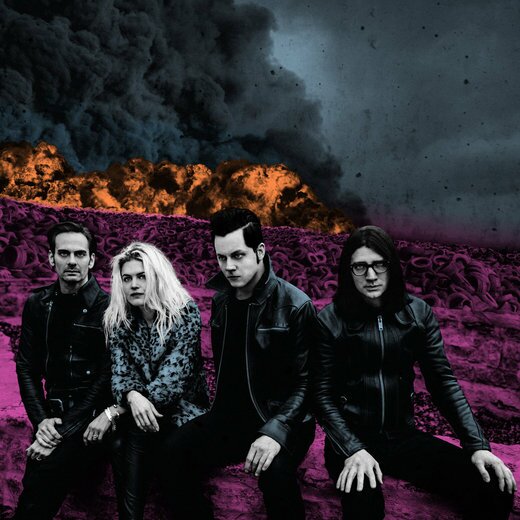 The Dead Weather — Dodge and Burn (September 25th, 2015)
♦♦♦  According to a press release, White, singer Alison Mosshart, guitarist Dean Fertita, and bassist Jack Lawrence “spent their rare and sporadic free moments over the past year recording together in Nashville. With the members of the band heavily involved in other projects, The Dead Weather will not be touring in support of the new album.”
≡°≡   Another Jack White–related supergroup this time with White on drums and featuring members of the Kills and Queens of the Stone Age.

≡°≡   The Dead Weather are a brand new rock outfit consisting of Dean Fertita, Jack Lawrence, Alison Mosshart and Jack White. The impetus for the band came when Mosshart’s band The Kills opened on a few US tour dates for The Raconteurs. Recognizing immediately the musical synergy between Mosshart, White and Lawrence, the trio devised a plot to record together during some down time in White’s own Third Man Recording Studio in Nashville where White enlisted the addition of erstwhile Raconteurs’ touring accomplice and Queens Of The Stone Age collaborator Dean Fertita. What was initially imagined as a one–off collaboration for a 7” single release turned into a full blown album project once the quartet switched on the recording tape. The Dead Weather’s menacing sounds were so electrifying that they couldn’t help but keep the tape rolling. In three weeks they had recorded a full length album, Horehound produced by Jack White, to be released on White’s Third Man Records on July 14th.

© Glastonbury 2009
Artist Biography by Heather Phares
♦♦♦   Horehound Crafting a darkly potent mix of garage, blues, punk, and rock & roll informed by the members' other projects, the Dead Weather features Jack White, the Kills' Alison Mosshart, Queens of the Stone Age guitarist Dean Fertita, and the Raconteurs' "Little Jack" Lawrence. The group began in 2008 after the Raconteurs' U.S. tour with the Kills: Toward the end of the tour, bronchitis made it difficult for White to sing as much as usual, so Mosshart was drafted to sing several of his songs. ♦♦♦   Her on–stage chemistry with the band led White, Mosshart, Lawrence, and White's house guest Fertita to record a cover of Gary Numan's "Are Friends Electric?" The newly formed band began working on a full album at White's Third Man Studios in Nashville Tennessee, with White on drums for the first time since his days with Goober & the Peas. the Dead Weather finished recording their album in a matter of weeks and made its live debut in March 2009, performing a short set for 150 friends at Third Man's offices to celebrate the release of the single Hang You from the Heavens/Are Friends Electric?. Horehound, the Dead Weather's debut album, arrived that summer. ♦♦♦   The band continued to tour and record through 2009, and Mosshart announced that their second album was halfway done that October. In March 2010, the single Die by the Drop arrived. Sea of Cowards, which boasted a heavier and more integrated sound than the band's debut, appeared that May. That year, the Dead Weather contributed the song "Rolling in on a Burning Tire" to the Twilight Saga: Eclipse soundtrack. In 2013, White announced that the band was working on new material, and the 7" Open Up (That's Enough)/Rough Detective arrived late that year as a part of a package from Third Man Records subscription service The Vault. Further singles heralded the release of the Dead Weather's third album Dodge & Burn — which featured remastered versions of the previously issued songs along with new material — in September 2015.
Website: http://thedeadweather.com/
Label: http://www.thirdmanrecords.com/ 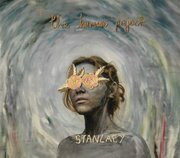