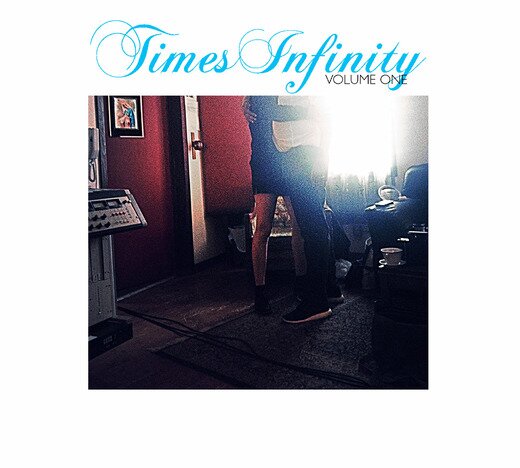 Review
By Andrea Warner, Published Sep 23, 2015;  Score: 8
•»  On Times Infinity Volume One, the Dears' songs vary in terms of depth and intricacy, but each is a fully realized narrative, layered with wild intricacy. Murray Lightburn's guitar lines bloom in measured expanses and unspool in frenzied bursts; Natalia Yanchak's fingers dance across the keys like stones skipping across a pond; lyrics burst with secret revelations and wry truths.
•»  Not every track is trying to shatter salt–lick hearts. There's a delectable, macabre humour about love at work throughout, particularly on the lead single, "Here's to the Death of All Romance," and the jangly, album–closing crooner "Face of Horrors." A funky lilt belies the tension of Lightburn and Yanchak's blended vocals on the taut "We Lost Everything."
"To Hold and Have" features Lightburn at his most vocally restrained, and everything about the instrumentation works. The swell of the strings, the dreamy guitar line — all of it adds a sorrowful warmth to the fraught, tragic romance of lines like, "This life that we fought so hard for / Well, I want more to hold and have." Like your new favourite anthology of short stories — think Alice Munro meets Edgar Allen Poe — Times Infinity Volume One is a magnificent testament to the human heart in all of its complexity.
•»  http://exclaim.ca/
Label: http://pheromonerecordings.com/
Website: http://www.thedears.org/
Twitter: https://twitter.com/thedears
MySpace: https://myspace.com/thedears
Facebook: https://www.facebook.com/TheDears/
Bandcamp: http://thedears.bandcamp.com/album/times-infinity-volume-one
THE BUZZ
•»  “The Dears are sexual, knowledgeably sensitive beasts, uniquely gracefully and delicately ornate. A band that folk can believe in, and trustworthy in the task of carrying the emotional baggage invested in them by those who do so.” — NME
•»  “Spanning nearly two decades together, releasing 5 albums and playing some of the worlds largest festivals from Glastonbury to Coachella, this Montreal band surely knows a thing or two about writing a great pop hit.” — Indie88
•»  “I Used To Pray For the Heavens to Fall’ is an early taste of what’s to come, and it demonstrates how, if anything, this band has only gotten better with age.” — New Canadian Music
AllMusic Review by James Christopher Monger;  Score: ****
•»  The much anticipated follow–up to 2011's excellent Degeneration Street, Times Infinity 1 is the first installment of a planned two–part collection of new music from the Montreal–based indie rock/post–rock unit led by Murray Lightburn and Natalia Yanchak. Written and recorded over a two–year span, the ten–track set feels both epic and intimate, hopeful and apocalyptic, which is to say it sounds like a classic Dears album. Opener "We Lost Everything" is an elliptical three–chord anti–anthem that rolls in like an unstable late-summer storm and leaves a trail of emotional carnage in its wake, but where earlier Dears outings would double down on the darkness, Times Infinity isn't set on dwelling only on life’s myriad futilities. Ensuing cuts like the lush and unabashedly tender chamber pop ballad "To Hold and Have," the glitch and groove–heavy "Someday All This Will Be Yours," and the electro–Soweto–tinged "I Used to Pray for the Heavens to Fall," the latter of which wouldn't have sounded out of place on fellow Montrealers Arcade Fire’s Reflektor, are flush with secret smiles and wounded hope, which Lightburn more eloquently describes in a press release as "sentimentality but in the face of great uncertainty; the concept of eternal love and all its fragility." That notion rings the most true on the late–album highlight "Face of Horrors," a knotty baroque pop gem that evokes the sumptuous melancholy of the Zombies' Odessey and Oracle tempered with the tenacious, hard–truth optimism of Soft Bulletin–era Flaming Lips. Fittingly, the record ends with Yanchak declaring that “in the end one will die alone,” but the statement comes off less like a lament and more like a call to arms. Times Infinity 1 is the Dears’ most emotionally honest set of songs to date; it's the sound of a once dystopia–obsessed band wrestling with the idea that the light at the end of the tunnel might not be a train.
BIOGRAPHY
•»  The Dears are an “orchestral–pop–noir–romantique” rock’n’roll band from Montréal, Quebec. They have been active since 1995. Times Infinity Volume One is their sixth studio LP and their first since 2011’s Degeneration Street.
•»  The themes covered on Times Infinity Volume One are generally “Romantique” — familiar territory for The Dears; unconditional love, longing, and a debilitating fear of loneliness. The twist, perhaps, concerns legacy, as can be heard on tracks like “To Hold And Have,” “Someday All This Will Be Yours,” and “Here’s To The Death Of All The Romance.”
•»  Written over a two–year period, the album was finally committed to audio at the luxuriant Revolution Recording (Toronto) and Thee Mighty Hotel2Tango (Montréal) in 2014. The sound is described by the band as “both refined and sloppy. At times chill, always trill.” The performance that most captures this characterization is, perhaps, the single, “I Used To Pray For The Heavens To Fall.”
•»  The total running time of Times Infinity Volume One is approximately 38 minutes.
•»  The Dears are currently putting final touches on Times Infinity Volume Two, to be released soon after the release of Volume One. 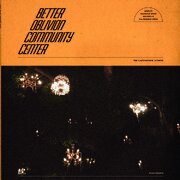