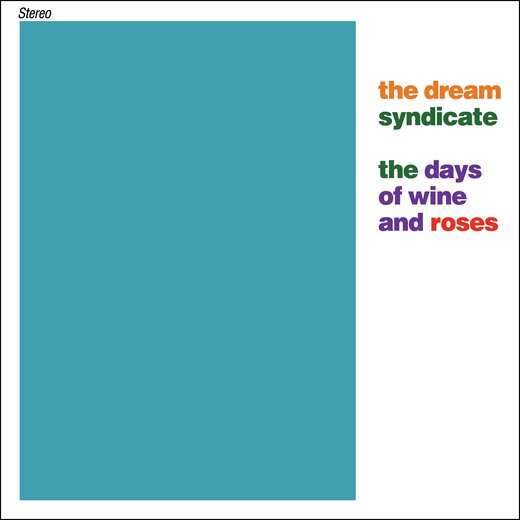 The Dream Syndicate — The Days of Wine & Roses [Remastered, Extra Tracks] (June 16th, 2015)
•≈•   Dream Syndicate are at the foundation (alongside the Velvet Underground, the Stooges, and R.E.M.) of contemporary alternative music simply because at the time when most bands were experimenting with new technology, the Syndicate deigned to bring back the guitar. Fronted by Steve Wynn (b. Feb. 21, 1960) and including Karl Precoda (guitar), Dennis Duck (drums), and Kendra Smith (bass), the band formed in Los Angeles after Smith and Wynn had relocated there from Davis, CA. They debuted with a self–titled, unbelievably Velvet Underground–like EP on Wynn's own Down There label. It was shortly off to Ruby/Slash for Days of Wine and Roses, the most lauded record on the college charts that year. The record has been cited as influential from artists as diverse as Kurt Cobain to the Black Crowes' Chris Robinson. •≈•   Live, they had developed into an assaultive guitar band prone to jamming, which helped earn them the tag as leaders of L.A.'s paisley underground movement.    Released in 1984, Medicine Show was met with mixed response by the college crowd. •≈•   By this time, Smith had left the band and was replaced by Dave Provost on bass and Tom Zvoncheck on keyboards. Wynn took his cues from Neil Young & Crazy Horse on the record rather than Lou Reed (who was considered a preferable source at the time), and the rootsier sound caused a backlash with the fan base. As the band label–hopped, a new lineup and falling morale spawned Out of the Grey (Big Time) in 1986 and the Elliot Mazer–produced Ghost Stories (Enigma) in 1988. The band had realigned to include Mark Walton on bass and Paul B. Cutler on guitar. They recorded Live at Raji's in 1989 as their swan song. Wynn has since recorded albums as a leader and with Gutterball (featuring the House of Freaks and Silo Bob Rupe) and is continuously collaborating with other musicians. His 1996 solo record had him backed by the Boston band Come. Smith went on to work in Opal with David Roback, a prototype version of his Mazzy Star, and has since recorded solo albums as well. After a long hiatus from music, Karl Precoda reappeared in 1997 fronting the Last Days of May, a neo–psychedelic instrumental trio. Duck continued to work with Wynn as a touring drummer and bassist Mark Walton played with the Continental Drifters. A documentary of Dream Syndicate's last tour, Weathered and Torn, has been released on DVD. ~ Denise Sullivan

Description: Reissue of long out–of–print 1995 album with new liner notes by Steve Wynn.
•    Newly remastered ’80s classic back in print!
•    The Dream Syndicate’s debut album, The Days Of Wine And Roses, has long been considered a cornerstone release of the early ’80s Paisley Underground scene. However, it was more influential than that, and is one of indie–rock’s essentials.
•    The original Steve Wynn/Karl Precoda/Kendra Smith/Dennis Duck line–up took seminal ’60s rock and filtered it through more modern sounds. In fact, it was Flesh Eaters’ front man Chris D., who produced The Days Of Wine And Roses, who got it released on Slash Records — one of the premier L.A. labels of the punk rock era.
•    Despite its seminal status, The Days Of Wine And Roses has been out of print for the better part of a decade. With the rebirth of the band as a live/touring unit over the past two years, Omnivore Recordings has remastered and expanded this gem.
•    Calling on the band’s long–time archivist Pat Thomas, the CD now contains a slew of never–before heard recordings that capture the first year of the classic Wynn/Precoda/Smith/Duck line up in all their lo–fi glory! Bonus tracks from previous editions have been replaced by rehearsal tapes that capture two songs that later turned up on Medicine Show, as well as four songs that no one has ever heard, including a nearly 10–minute Krautrock inspired jam! Long–time fans have often wondered what it would have sounded like had Kendra Smith stayed in the band for a second full–length album, now we have the answer — less ’70s FM rock, and far more Marquee Moon–era Television!
•    A revamped booklet includes new notes that describe the source of the vintage recordings — plus fresh testimonies from their peers; members of the Rain Parade, The Long Ryders, Divine Weeks, and Sonic Youth weigh in about the first time they heard The Days Of Wine And Roses.
•    This is a reissue that is essential for both fans who’ve already collected it all before and the new kids on the block — those discovering the soundtrack of ’80s college radio for the first time.
•    We’ve experienced The Day Before Wine And Roses. Welcome to the new Days Of Wine And Roses. Price: $16.98

© MADRID, Juan Carlos Quindos
AllMusic Review by Mark Deming;  Score: *****
•    With few exceptions, the bands that rose from L.A.'s Paisley Underground scene in the '80s had only one real thing in common — all of them were obsessed with the rock & roll touchstones of the mid– to late '60s, whether it was psychedelia (the Rain Parade), country rock (the Long Ryders), or AM pop (the Bangles). But while most of these bands looked to the sunny side of '60s rock, the Dream Syndicate were the Paisley Underground's juvenile delinquents, smart but cynical and happy to spread bad vibes for the hell of it. Nearly all of the Paisley bands were audibly Californian, but while they hailed from Davis, California, the Dream Syndicate's key influences were significantly from the East Coast: the Velvet Underground (particularly White Light/White Heat), and mid–'60s Bob Dylan (think Highway 61 Revisited). At the core of their sound was the bracing thrust and parry between Karl Precoda's lead guitar, noisy and elemental but inspired in its wanderlust, and the sharp report of Steve Wynn's rhythm guitar, yielding a tougher and more abrasive sound than their peers. •    Consequently, the Dream Syndicate's debut album, 1982's The Days of Wine and Roses, is arguably the finest LP to come out of the Paisley Underground's salad days, and ultimately atypical of the movement, a blast of beautiful but ominous rock & roll chaos whose speedy guitar–based attack was held in place by the intelligent minimalism of bassist Kendra Smith and drummer Dennis Duck. While the Dream Syndicate's influences were obvious (the initial vinyl pressing of The Days of Wine and Roses included the helpful run–off groove message "Pre–Motorcyle Accident"), the way they manifested themselves were not; the skronky impact of the guitars recalled the Velvets, but Precoda's billows of noise had a personality all their own, and though Wynn's vocal delivery had the bite of both vintage Dylan and Lou Reed, his lyrical voice was his own, offhand but deeply personal at the same time. And Chris D.'s no–frills production captured the Dream Syndicate gloriously, and the greatest pleasure of The Days of Wine and Roses is how well this band plays together, like a miraculously contained explosion that seemed to be going a dozen places at once but confidently and fearlessly rolls forward, and the expressive jams on "Then She Remembers," "Until Lately," and the title cut are outstanding. the Dream Syndicate would be a very different band when they cut Medicine Show two years later, but while they would remain an interesting band to the end, The Days of Wine and Roses captures them at their peak, and it's essential listening for noise guitar fiends and anyone interested in '80s alternative rock.

Discography:
EPs:
•≈•   The Dream Syndicate EP (1982)
Albums:
•≈•   The Days of Wine and Roses — Ruby Records/Slash Records (1982)
•≈•   Medicine Show (1984)
•≈•   Out of the Grey (1986)
•≈•   Ghost Stories (1988)
Live albums:
•≈•   This Is Not the New Dream Syndicate Album......Live! (1984)
•≈•   Live at Raji's (1989)
•≈•   The Day Before Wine and Roses (1995)
Compilation albums:
•≈•   3½; The Lost Tapes 1985–1988 (1993)
DVDs:
•≈•   Weathered and Torn
HISTORY
••••   While attending the University of California, Davis, Steve Wynn and Kendra Smith played together (with future True West members Russ Tolman and Gavin Blair) in a band called the Suspects, regarded as the first new wave–influenced band in the Davis, California music scene. Wynn also recorded a 1981 single with a trio that he called 15 Minutes, which included members of Alternate Learning.
••••   After Wynn moved back to Los Angeles, while rehearsing in a band called Goat Deity (with future Wednesday Week sisters Kelly and Kristi Callan), Wynn met Karl Precoda, who had answered an ad for a bass player, and the two joined to form a new group, with Precoda switching to guitar. Smith came to play bass and brought in drummer Dennis Duck (Mehaffey), who had played in the locally successful Pasadena-based band Human Hands.
••••   Duck suggested the name "The Dream Syndicate" in reference to Tony Conrad's early 1960s New York experimental ensemble (better known as the Theatre of Eternal Music), whose members included John Cale.
••••   On February 23, 1982, the Dream Syndicate performed its first show at Club Lingerie in Hollywood. A four–song EP was recorded at the home of Tom Mehren in Pasadena, with Paul B. Cutler engineering and producing, and released on Wynn's Down There label, and the band quickly achieved local attention for its often aggressively long, feedback–soaked improvisations. Influences on the band, which was soon deemed "a seminal force in the city's '80s underground rock evolution", were The Velvet Underground, Neil Young, and Television.
••••   The band was signed to Slash Records, whose subsidiary Ruby Records released its debut and by far best–known album, The Days of Wine and Roses, in 1982. Days of Wine and Roses "sent shockwaves through the American underground in the early 1980s", but MTV favored a different kind of music. Early 1983 saw the UK (Rough Trade Records) release of the album's lead track, "Tell Me When It's Over," as the A–side of an EP which also included a live cover of Neil Young's "Mr. Soul."
••••   Kendra Smith left the band and joined David Roback, formerly of the band Rain Parade, to form Opal. She was replaced in the Dream Syndicate by David Provost.
••••   The Medicine Show was recorded in 1984 in San Francisco with producer Sandy Pearlman. The commercial failure of the album contributed towards the group's temporary breakup. They opened tours for R.E.M. and U2 and released the 5–song EP This Is Not the New Dream Syndicate Album — Live (1984), the last record to feature Karl Precoda on guitar (who soon after left to pursue a career in screenwriting) and the first appearance of bassist Mark Walton. The band left A&M after the label rejected its demo for "Slide Away", later released on the semi–official It's Too Late to Stop Now.
••••   In 1985, Wynn and Dan Stuart of Green on Red wrote 10 songs together which were recorded with Dennis Duck, among others, and released by A&M as Danny and Dusty: The Lost Weekend.
Label: http://omnivorerecordings.com/ 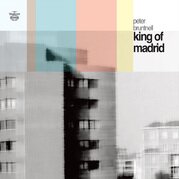