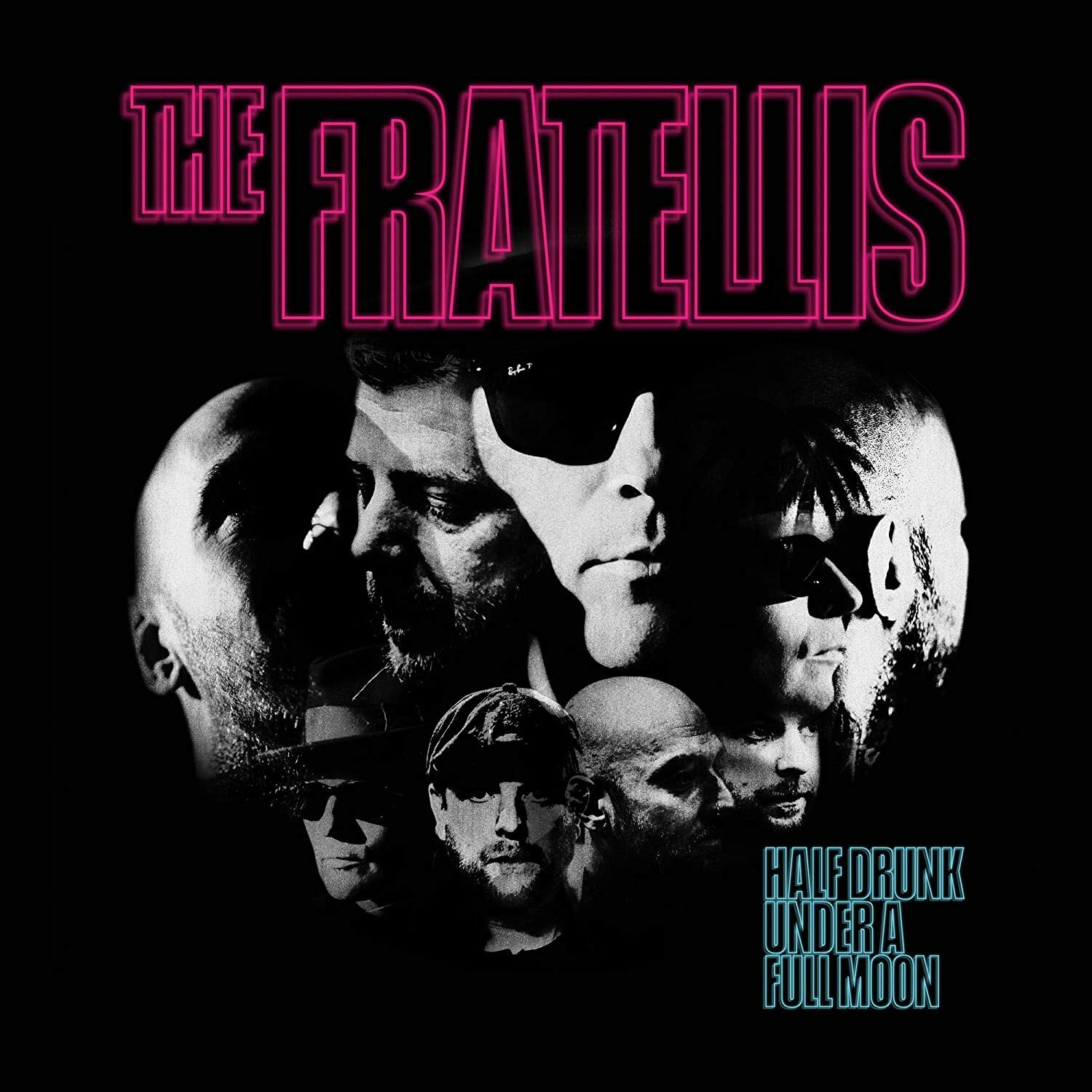 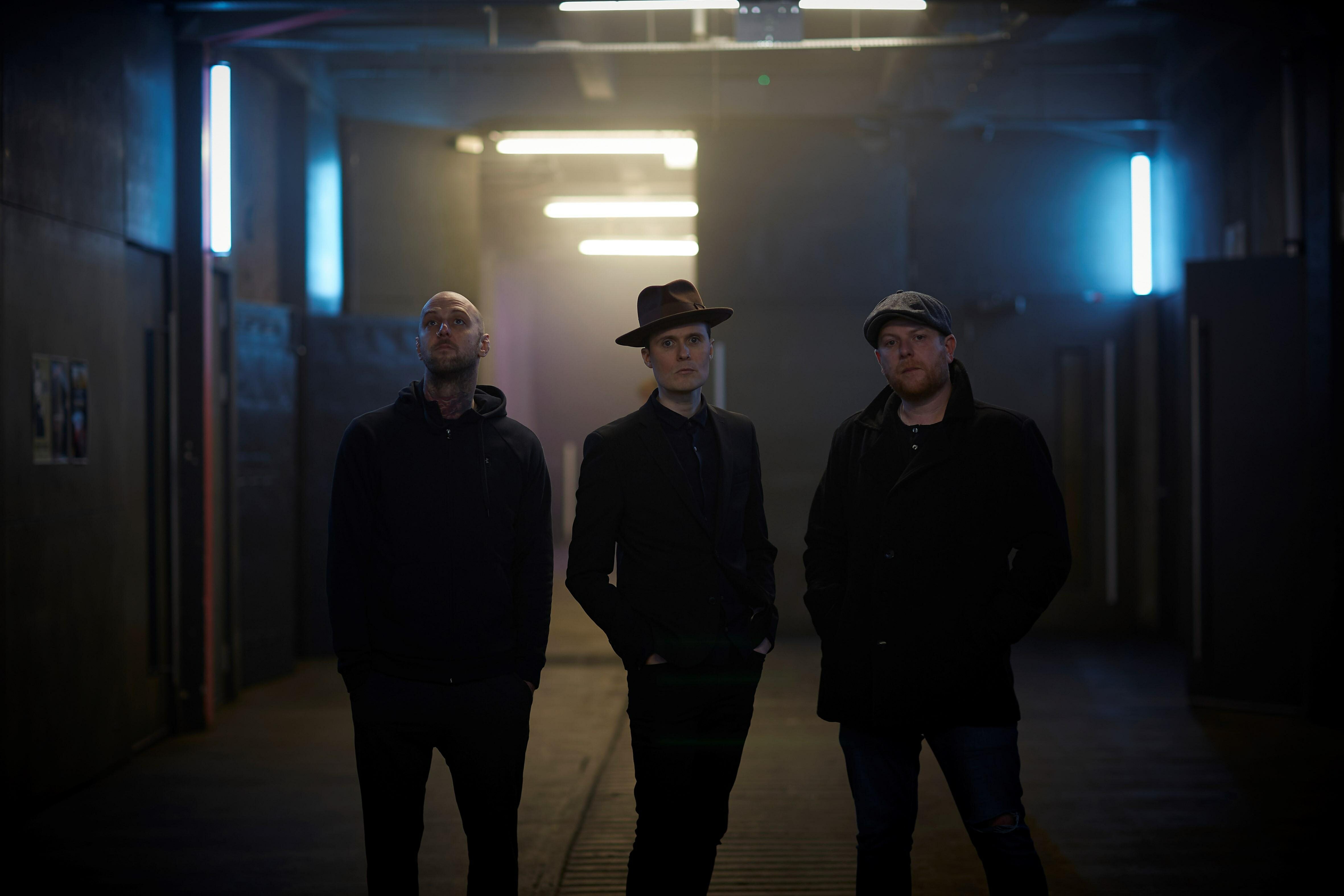 Description:
♦ℜ♥   If you thought you knew The Fratellis, think again. ‘Half Drunk Under A Full Moon’, the Glasgow band’s sixth album, is a kaleidoscopic delight full of surprises, from its flamboyant title track and lush songs steeped in brass and strings to twists on the stomping sing~alongs with which the trio first found fame. Following the UK Top 5 success of 2018’s critically~lauded ‘In Your Own Sweet Time’, which contained the Radio 2 playlisted single “Starcrossed Losers”, The Fratellis began work on its audacious follow~up in buoyant form.
♦ℜ♥   “On the last record we broadened our sound by trying out new ideas, all of which I think worked,” says Jon Fratelli, the band’s lead singer and sole songwriter. “With this album, the plan was to push those ideas even further.”
♦ℜ♥   Recorded in LA with producer and long~time collaborator Tony Hoffer (Beck, Phoenix, Supergrass), ‘Half Drunk Under A Full Moon’ boasts several firsts for a band that released their landmark debut, ‘Costello Music’, back in 2006. After splitting in 2009 the band reformed in 2012 and have steadily regained their live following thanks to a new generation of Fratellis fans, not just in Britain but abroad, including China, where they have recently found themselves selling out shows.
♦ℜ♥   It is the first album where backing singers were brought in to bolster the huge choruses, and where the same characters from the last record return to stalk a lot of the lyrics. The most significant change though is in the style of the album, the result of a new approach to writing where the desired sound was decided upon first, which in turn dictated the songs. “This time I started with threads from In Your Own Sweet Time, from the song Starcrossed Losers in particular, and spun out from there,” says Jon. “Immediately, I heard melodies and knew where I was heading.”
♦ℜ♥   Balancing the album’s more theatrical moments are songs of sheer pop joy, still The Fratellis’ calling card. “Six Days In June” swings on brass, kick~drum and Jon’s fabulous falsetto backing vocals, while its witty lyrics — “You told me if I kissed you/It’d be easier in the long run” — sound like a party starting. Already you can hear them being howled back in festival fields. The quarrelling characters on the track are the couple from “Starcrossed Losers”, who crop up all over the new album. “The theme is essentially a continuation of their storyline — lovers who keep missing each other, never quite getting the show on the road, so to speak,” comments Jon.
♦ℜ♥   Success came quickly to The Fratellis, who formed in Glasgow in 2005 and comprise of lead vocalist/guitarist Jon with bassist/backing vocalist Barry Fratelli, and drummer/backing vocalist Mince Fratelli. Arriving a year later, their debut album ‘Costello Music’ — which contained the globe~conquering hit “Chelsea Dagger” — quickly went double~platinum and led to The Fratellis winning the Brit Award for British Breakthrough Act in 2007. A successful second album ‘Here We Stand’ followed in 2008, but this whirlwind of success came at a cost, and by the end of the decade the trio were forced into indefinite hiatus, burnt out from their relentless life on the road.
♦ℜ♥   Since reforming in 2012, The Fratellis have been on a continuous upward trajectory, finding themselves enjoying a more sustainable type of success. ‘Half Drunk Under A Full Moon’ finds the trio entering their third decade at ease with who they are and where they are: a band who have not only survived but thrived, and are currently making the best, most confident, most ambitious music of their career.
Studio albums:
♦  Costello Music (2006)
♦  Here We Stand (2008)
♦  We Need Medicine (2013)
♦  Eyes Wide, Tongue Tied (2015)
♦  In Your Own Sweet Time (2018)
♦  Half Drunk Under a Full Moon (2020)
Website: https://www.thefratellis.com/
Twitter: https://thefratellis.ffm.to/twitter.owe
FB: https://www.facebook.com/thefratellis/
Label: https://www.cookingvinyl.com/