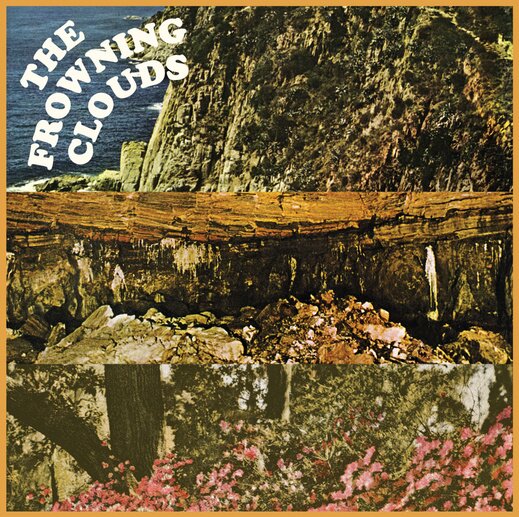 Ξ  Whereabouts’ was recorded in Melbourne, Sydney, Madrid and Geelong late 2012.
Ξ  Geelong quintet The Frowning Clouds have been making waves the past few years, sharing stages with the likes of The Black Lips, Pretty Things, Tame Impala, Thee Oh Shees and You Am I, as well as slots at Golden Plains and the prestigious Dig It Up! festival.
Ξ  Combining three guitars and three vocalists with a rock-solid backbeat clouded thick in jangled hooks and wobbly harmonies, they sound something like a mixture of Brian Jonestown Massacre mixing it up with Arthur Lee’s Love. The Frowning Clouds are an awesome mixture of the old and new: guys in their 20s breathing life into rock & roll’s tired wares with a nod to the past without simply being ‘retro’. Made up of 14 tracks that use up every inch of space with noodling 12-strings, thick rhythms, throbbing bass and dynamic song writing, there’s no doubt they’re onto a new sound altogether with Whereabouts.
Saturno Records: http://saturnorecords.com/releases.html
Facebook: https://www.facebook.com/thefrowningclouds
Last.fm: http://www.last.fm/music/The+Frowning+Clouds
MySpace: http://www.myspace.com/thefrowningclouds
Label: http://www.triplejunearthed.com/TheFrowningClouds
Bandcamp: http://thefrowningclouds.bandcamp.com/
Press:
Agent: BOOK THE FROWNING CLOUDS: Indra Adams: / 03 9005 5993 / www.singhalamusic.com
Ξ  It’s been three years since The Frowning Clouds blew our minds with the spot-on ’60s revival of Listen Closelier. And right from the chiming guitar opening of new single ‘Much Too Much Too Soon’ — which echoes The Crystals’ immortal ‘Then He Kissed Me’ — it’s clear the jangly Geelong troupe aren’t finished dusting off the best bits of decades past.
Ξ  The reverbed, surf-waggled tune heralds the band’s long-awaited second album Whereabouts, out next month on Geelong label Anti Fade through Rocket Distribution. Ξ  It’s due out in Europe through Spain’s Saturno Records, who have released several records by the band and by kindred Aussie spirits The Living Eyes and Cobwebbs.
According to the presser, the new album follows more in the looser direction of last year’s single ‘Propeller’, which is included on the album. Recorded by Tim Dunn, Whereabouts also gets compared to The Byrds and Love as well as more recent bands carrying on that tradition, like White Fence and The Brian Jonestown Massacre.
Ξ  Since Listen Closelier, The Frowning Clouds have toured Europe twice. They’ve played Dig It Up and Golden Plains and shared the stage with Black Lips, The Pretty Things, Tame Impala, Thee Oh Sees and You Am I. They’ve acted as backing band for the King Khan & BBQ Show and even recorded songs for one of King Khan’s upcoming films.
Ξ  Whereabouts comes out November 13 in Australia, with cover art by Jason Galea (Zonk Vision). The first 100 copies of both the LP and CD come with a bonus 35-minute CD compiling the band’s European tour cassette and B-sides from their various 7” singles. (http://www.messandnoise.com/)
_______________________________________________________________ 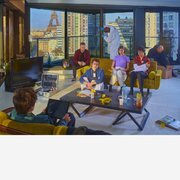