♠   Pojmenování alba po legendárním francouzském romanopisci by se mohlo zdát trochu domýšlivé, ale Jayhawks nikdy nebyla kapelou pro každého. Album občas evokuje téměř vzdušný Beatlesque zvuk. This is worth checking out. There are two tracks on this album that I absolutely adore. “Leaving the Monsters Behind” and “Lies in Black & White” are GREAT songs. Thee are two tracks that I couldn’t get through. Lost The Summer and Ace simply did not agree with my ears. The rest of the album is all very good and I enjoyed it. It’s the kind of music you can listen to over and over without getting annoyed by it.
♠   Lush alt–country act of the 1990s, known for its melancholic songwriting, impeccable playing, and the honeyed harmonies of Mark Olson and Gary Louris.

Formed: 1985 in Minneapolis, MN
Location: Minneapolis, MN
Album release: April 29, 2016
Record Label: SHAM
Duration:     45:43
Tracks:
01 Quiet Corners & Empty Spaces     3:07
02 Lost the Summer     3:31
03 Lovers of the Sun     3:15
04 Pretty Roses in Your Hair     4:20
05 Leaving the Monsters Behind     3:48
06 Isabel’s Daughter     3:26
07 Ace     5:37
08 The Devil Is in Her Eyes     3:37
09 Comeback Kids     4:01
10 The Dust of Long–Dead Stars     3:37
11 Lies in Black & White     3:35
12 I’ll Be Your Key     3:49
Written by:
≡   Gary Louris     1, 3, 6, 7, 8, 9, 11, 12
≡   Karen Grotberg / Gary Louris / Tim O’Reagan / Marc Perlman     2, 5, 10
Credits:
♠   Peter Buck Musician, Producer
♠   Justin Chase Assistant Engineer
♠   Keegan Curry Assistant Engineer
♠   Lee Dannay A&R
♠   Michael Finn Assistant Engineer
♠   Nathan Golub Graphic Design
♠   Adam Gonsalves Mastering
♠   Karen Grotberg Composer, Group Member, Keyboards, Vocals
♠   John Jackson Musician
♠   Chloe Johnson Musician
♠   Kraig Johnson Group Member, Guitar (Electric)
♠   John Keats Liner Notes
♠   Balthazar Korab Photography
♠   P.D. Larson Photography
♠   Gary Louris Composer, Graphic Design, Group Member, Guitar, Producer, Synthesizer, Vocals
♠   Tucker Martine Engineer, Mixing, Producer
♠   Scott McCaughey Musician
♠   Mike Mills Musician
♠   Tim O’Reagan Composer, Drums, Group Member, Percussion, Vocals
♠   Eric Olsen Engineer
♠   Marc Perlman Bass, Composer, Group Member
Review
Stephen Thompson, NPR Music, April 21, 20167:00 AM ET
■■   In the early ‘90s, The Jayhawks looked like the next Uncle Tupelo, complete with Midwestern roots, potential for outsize influence, and a lineup rife with infighting and creative differences. But where Uncle Tupelo’s inevitable implosion produced two successful offshoots (Wilco and Son Volt), The Jayhawks’ Gary Louris, Mark Olson and Tim O’Reagan never fully took off as solo artists, while the band’s lineup has shifted in unpredictable ways that have made it tricky to regain lost momentum.
■■   In recent years, The Jayhawks have embarked on several hiatuses and reunions, released a career retrospective, and seen Olson rejoin the band and then leave again. And yet the band’s newest music seamlessly re–creates The Jayhawks’ honeyed, harmony–rich roots–pop sound while still expanding it in subtle, appealing ways.
■■   The new Paging Mr. Proust, produced by Tucker Martine and R.E.M.’s Peter Buck, bursts off the blocks with an irresistible ringer in “Quiet Corners & Empty Spaces,” which radiates with the rich, sweet jangle of The Jayhawks’ early favorites. But the peaks don’t stop there, as the band sprinkles highlights throughout Paging Mr. Proust, most notably the dreamy sway of “Lovers Of The Sun,” the amiable chug of “Leaving The Monsters Behind,” and the kicky gallop of “The Dust Of Long–Dead Stars.” Coming from a band that last year entered its fourth decade, these rich, charming songs are a testament to songwriting voices that have never seemed worn down by time and turmoil. ■■   http://www.npr.org/
AllMusic Review by Mark Deming;  Score: ***½
■■   When Mark Olson parted ways with the Jayhawks in 1996, the band responded with 1997’s Sound of Lies, one of their scrappiest and most eclectic albums. It was as if the Jayhawks (in particular Gary Louris) wanted to show the world they were still strong and lively despite the departure of one of their co–founders. Olson returned to the Jayhawks for the 2011 reunion album Mockingbird Time, only to leave the band again on less than cordial terms. Released in 2016, Paging Mr. Proust is the first Jayhawks studio project since, and once again it finds Louris and his bandmates mixing up their formula, introducing new edges and angles to the group’s evocative, lonesome Midwestern sound. Louris adds lots of jagged guitar to the loop–based construction of “Ace,” while “Lost the Summer” is a lean, ominous rocker with a noisy attack. (“Pretty Roses in Your Hair” is another, more subtle tune built around a ghostly drum loop.) Much of the time, Louris’ vocals and melodies follow the template he’s established in the past, but there’s a fresh degree of energy in these performances. Peter Buck and Tucker Martine (who co–produced the album with Louris) have given the guitars an edgier and less pastoral sound than one might expect from the Jayhawks. Neil Young is still the clear inspiration behind Louris’ soloing, but here the tone is sharper and the crunch has more impact, even when the songs are gentle at heart. The yin and yang between the sharp guitar work from Louris and Kraig Johnson and the sweetness of the harmonies of Louris, keyboard player Karen Grotberg, and drummer Tim O’Reagan is honestly satisfying. And co–producer Buck has brought along some friends from his days in R.E.M., including Mike Mills and Scott McCaughey. All in all, Paging Mr. Proust is an album that honors the traditions of the Jayhawks but isn’t afraid to play with convention. And if Mockingbird Time was a reminder of how well Olson and Louris complement one another, this album demonstrates that Louris still knows how to make a memorable album as the group’s sole leader. ■■   http://www.allmusic.com/
Also:
Michael Hann, Thursday 28 April 2016 21.30 BST / Score: ***
■■   http://www.theguardian.com/music/2016/apr/28/the-jayhawks-paging-mr-proust-review-an-easy-musical-chemistry
BY ED WHITELOCK, 25 April 2016 / Score: 7
■■   http://www.popmatters.com/review/the-jayhawks-paging-mr.-proust/
Website: http://www.jayhawksofficial.com/
Twitter: https://twitter.com/the_jayhawks
Facebook: https://www.facebook.com/jayhawksofficial/ 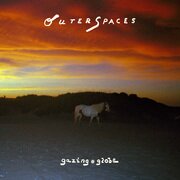