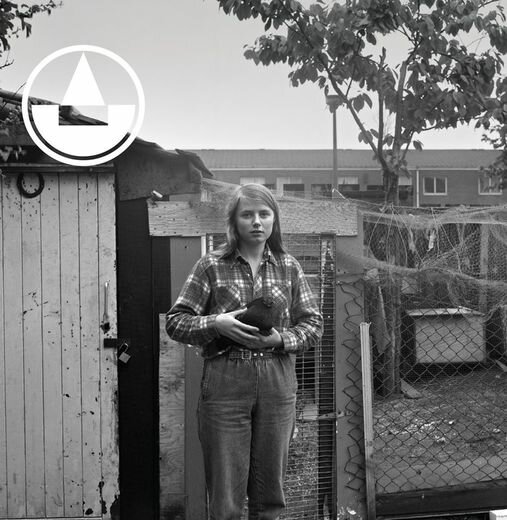 © Hannah Peel Village Underground 2014 04 22
Review
BY JASPER BRUCE, 16 March 2016 / Score: 7
°   Four years after the release of their epic debut, Orkney: Symphony of the Magnetic North , the Simon Tong-fronted trio have returned with a second album, Prospect of Skelmersdale, which is as focused on creating sonic landscapes as their first. No, the titular Skelmersdale isn’t a fictional location from Hagar the Horrible, it’s a town in the trio’s native England, which, in the 1980s, was both the official English site of the Transcendental Meditation (TM) movement and Tong’s childhood home.
°   Why is that relevant? Because this album has been crafted as a grab bag of vignettes from Skelmersdale’s history, landscapes and colour. It’s a concept album, but not one which fictionalises or sensationalises; it’s one that reflects on the character of a modest, though changing, landscape.
°   In the beginning, the album certainly succeeds at this purpose. Including audio snippets of archived material from relevant figures of the TM movement on “Jai Guru Dev”, gives the listener an insight into the spiritual dynamic of the town. This aura of spirituality is complemented by impeccable choral harmonies pitted against synthesised drones; we get the innovation, the 1980s style and the spirituality all in one.
°   It is a wise choice on the band’s behalf, however, to include the aforementioned snippets of archived material somewhat sparingly, leaving the characterisation of the town mainly down to the music. The acoustic sounds on the following track, “Pennylands”, certainly exemplify that approach, providing immediate contrast. °   Already, with this track’s pulsating orchestral accompaniment, we’re getting the sense that the album is building to something. Sadly, however, what it seems to be brewing is just more of the same formula; spacy vocals, neo–psychadelia and orchestral accompaniment (flutes and clarinets are in some instances stitched carefully into the patchwork, and at other times jarringly out of place).
°   Don’t get me wrong, the band is, across the board, skilled in creating an intricate tonal soundscape, and the inclusion of real orchestral instruments is admirable when they do it right. However, in terms of creating a diverse, perceptive experience of Skelmersdale, the band falls slightly short. This is particularly true towards the conclusion of the album, and we’re left wondering if they wouldn’t have been better off cutting one or two tracks from the 12–track release.
°   This petering out is in sharp contrast to the opening few tracks of the record. The driving synths on the third track, “A Death in the Woods”, which are mixed in with choral harmonies, clubby beats and orchestral strings provide one of the finest moments of the album. This is fantastic musicianship in any context. But the cracks are beginning to show on “Sandy Lane”, when the shifts between instrumental and vocal sections are a little too sporadic to be a cohesive representation of the town. The vocal melody on that track nods at John Lennon’s “Imagine” at times, and to that end, it definitely does create a placid ambiance.
°   The next track and first single, “Signs”, weaves idyllic orchestral tone colours together with electronic elements in a more subtle manner. By “Little Jerusalem”, however, Prospect of Skelmersdale is becoming too repetitive in its meandering vocal style to hook the listener in. Whilst it’s certainly atmospheric, that alone may not be engage all listeners. “Little Jerusalem” has come at just the wrong time; halfway through the album the band should have been working towards a climax but it just feels like it never comes. That’s not necessarily a bad thing, but I feel that the monumental amount of different sounds being used is at odds with the lack of energy that radiates from “Cergy–Pontoise” onwards.
°   What makes this certainly worth a listen, however, is just how well the band pulls off the masterful orchestration at the beginning of the record. Well blended, ambitious and thoughtful, if the innovation of the opening portion could’ve continued to be executed, this album may well have gone down as one of the best so far this year.
°   http://www.popmatters.com/
Label: http://www.fulltimehobby.co.uk/
Website: http://symphonyofthemagneticnorth.com/
Twitter: https://twitter.com/magneticgonorth
Facebook: https://www.facebook.com/themagneticnorth/
Discography:
°   2012: Orkney: Symphony of the Magnetic North
°   2016: Prospect of Skelmersdale

SIMON TONG
°   Simon Tong (born 9 July 1972 in Farnworth, Lancashire) is an English guitarist and keyboardist who was a member of The Verve between 1996 and 1999 and is currently a member of Erland and the Carnival and Transmission. He has also played on tour with Blur, Gorillaz and the unnamed supergroup responsible for The Good, the Bad & the Queen. He ranks in BBC’s “The Axe Factor” as the 40th greatest guitarist of the latest 30 years.
ERLAND COOPER
°   Gawain Erland Cooper is a Scottish artist, singer and producer. He is the front man of cult, british band Erland and the Carnival and The Magnetic North, with whom he has released four critically acclaimed albums. The Erland and the Carnival album Nightingale charted at No. 21 on the UK Indie Chart. His latest album ‘Closing Time’ featured collaborations with Paul Weller and Tim Bran and was recorded at Damon Albarn’s studio 13.
°   Cooper is well known for his contemporary arrangements of traditional Scottish and English folk songs, resulting in a “wild pastiche of digital trickery and oral tradition that channels the spirit of ‘70s progressive rock while staying true to pop–song brevity.”
HANNAH PEEL
°   Hannah Mary Peel (born Craigavon, Northern Ireland), is an Irish singer–songwriter, multi–instrumentalist, composer and arranger based in London, England. Active since 2005, she performs both as a solo artist and as a member of the indie rock group The Magnetic North and the electronic group John Foxx and the Maths. She is known for fabricating music boxes and composing, recording, and performing with them.
°   Following a career as a composer/arranger and musical director for theatre, as well as a session musician for many artists, she launched her solo career in 2010. Her first album, The Broken Wave, met with positive reviews. Her most recent EP, Fabricstate, came out in 2014 on her own label My Own Pleasure.
°   Her music box compositions have been featured on numerous adverts, artist remixes and the 2012 film Anna Karenina featuring Keira Knightley. Peel has won a number of awards, including a 2013 Royal Television Society award for best original title music for the show Dates.
_____________________________________________________________ 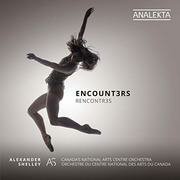