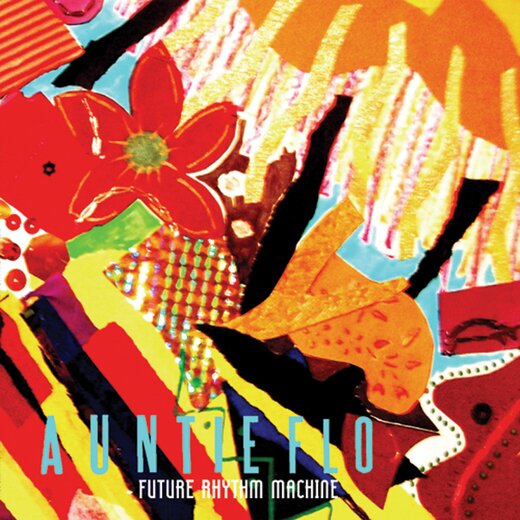 Auntie Flo — Future Rhythm Machine
Location: Glasgow, Scotland
Album release: May 14th, 2012
Record Label: Huntleys + Palmers
Runtime:    33:01
Tracklist:
1 Havent Got Any Body
2 La Samaria featuring Mamacita
3 Yllw Fllw
4 He Makes the People Come Together
5 Can I Have Him
6 I Want to Blow Your Mind featuring Esa Williams
7 Train
8 Futurismo   / Website: http://auntieflo.in/
♥ Both the muscle behind Glasgow's excellent Highlife club nights, as well as his Afro-futurist production alias Auntie Flo, Brian d'Souza kills it with this Huntleys & Palmers-released mini-album. Following much-buzzed tunes like "Oh My Days" and his Goan Highlife EP, d'Souza provides many new shades here - such as the glossy Eastern funk of "Haven't Got Any Body" the favela 2-step of "La Samaria", the minimal 4/4 Latin jazz of "He Makes The People Come Together". The standout so far is the juke-paced mix of 808 claps and congas on the Esa Willimas-vocalled "I Want To Blow Your Mind".
Words /  Will Lynch
Published /  Friday, 13 April 2012 04:00 AM

♥ Glaswegian Brian D'Souza's Auntie Flo project always seemed like a potentially problematic one to me, taking afrohouse and tribal tropes to a place of pseudo-ethnographic facsimile. The few tracks bearing the Auntie Flo name before this release, however, have worked in spite of their obvious gimmick, and the "problems" begin to fall away completely in the wake of Future Rhythm Machine.
♥ Over the course of 33 minutes D'Souza plots out a course far beyond the purview of those previous tracks. Things start out predictably but promisingly with "Haven't Got Any Body," a bass-heavy rattler loaded with twangy strings that poke out from between the beats, and flow into "La Samaria," a vocal track with Mamacita that balances its UK-friendly shuffle with even-more-UK-friendly descending basslines. While there are still clubby tracks like the mellotron-heavy "He Makes the People Come Together"—which sounds like Crazy Couzins transported to the late '70s—the longer format allows D'Souza to play around, so we get gorgeous little interludes like the string-led lament of "Can I Have Him," or even better, the spiraling arpeggios of "Yllw Fllw."
♥ Future Rhythm Machine is more inviting than your average "bass" project. The imposing squalls of sub on the percolating closer "Futurismo" are more like a friendly hug than a blow to the chest. It's that happy medium that Auntie Flo is most comfortable in: I can't decide if the highlight "Train" is dance floor dynamite or consummate headphones music, with a plaintive lope that recalls Pittsburgh Track Authority and striking string/percussion interplay, but like most of Future Rhythm Machine it's bound to tickle your pleasure centers, strike you dumb and move your feet all at the same time.
Words / Andrew Ryce
Published / Thu, 17 May 2012

Auntie Flo debuts with Future Rhythm Machine
Glasgow's Brian d'Souza has a mini-album in the works for Huntleys & Palmers.
♥ Scottish producer Brian d'Souza, better known as Auntie Flo, will release a mini-album called Future Rhythm Machine next month on Huntleys & Palmers.
♥ Brian d'Souza's been very busy over the past couple of years. First he started putting on Highlife parties at clubs around Glasgow, booking artists like Shackleton, Nicolas Jaar and Caribou and DJing as a resident. Then last year he starting rolling out his own productions: Goan Highlife and "Oh My Days" came out within months of each other, establishing a sound that's equally rooted in house, afrobeat and bass music.
♥ Future Rhythm Machine further develops this sound. The title is a reference to the British-Ghanian writer Kodwo Eshun, who, as d'Souza puts it, "disputes the western futurist pre-occupation with noise in favour of rhythm." He continues: "it is the rhythm machine which joins the dots between all music of the black Atlantic from afrobeat and highlife to techno, soul and hip-hop... I have always been drawn to the rhythm or groove of any piece of music, much more so than lyrical content for example. When I listen to African music I hear new rhythms, new possibilities and a glimpse into another world."
♥ Future Rhythm Machine clocks in at just over 30 minutes, and features all new productions from d'Souza. Guest appearances come from the Chilean singer Mamacita, who reportedly has her own material forthcoming on Huntleys & Palmers, and Esa, AKA Mervin Granger, a South African artist based in Glasgow who plays live with Auntie Flo and Sensu. It will be available digitally and on vinyl. Watch the trailer below to get a feel for the album.
------------------------------------------------------------
Goan With The Flo

The release of Auntie Flo's first mini-album and the second anniversary of his global sound parties, Highlife, both take place this month and, as he tells us, these two events are intricately connected
Feature by Ronan Martin.
Published 27 April 2012
♥ Trawling through the new releases section of record shops and online distributors can be a thankless task at times. Too many artists and labels are content to peddle stale variations of tried and tested formulas with seemingly no effort having been made to keep things absorbing and inventive. Without a commitment to ingenuity and experimentation, electronic music can quickly become saturated with rather uninspiring material. A similar condition afflicts club nights, with many promoters looking for safe, certified crowd-pullers, often at the expense of real ingenuity.
♥ Thankfully, a lack of vibrancy isn’t a charge you could level at Auntie Flo, AKA Glasgow-based producer, DJ and promoter, Brian D’Souza. Over the space of two years, D’Souza has found himself a residency at Sub Club with his Highlife nights and has caught the attention of the likes of Ricardo Villalobos, Gilles Peterson and Caribou with last year’s Goan Highlife EP and the follow up single, 'Oh My Days. These tracks provided the first glimpses of an engaging style which skilfully marries elements of house, afrobeat and UK bass music. “The Auntie Flo project comes out of Highlife and what we are trying to do there. The two things fit nicely together,” says D’Souza. “With Highlife we’re trying to explore different music from around the world and I guess with Auntie Flo I’m trying to take inspiration from what we play at Highlife and create my own music from those influences.”
♥ This month sees Huntleys and Palmers Audio Club release Future Rhythm Machine, an Auntie Flo mini album which develops and diversifies the artist’s sound. While the music he released last year was unmistakably club-oriented, this eight track offering showcases the Glaswegian’s flexibility and full range, merging rhythms and samples from African and South American music with features of contemporary house. “On every single track I’ve tried to show a different type of flavour. There’s fast tracks, slow tracks, ones that are really upbeat and ones that are more experimental. They’re all over the place but the idea was to make them all work together in some kind of coherent album format.”
♥ That the album does have a coherent feel to it is quite an achievement considering the variety of styles it exhibits. The scope is broadened considerably with the inclusion of collaborations with Chilean singer Mamacita and South African Esa Williams, who is a regular at Glasgow’s Subculture and Sensu nights. The former lends mesmerising vocals to the summery La Samaria, while the latter is also a key contributor to Auntie Flo’s live setup, having impressed with a set at one of the Highlife parties. “I asked Esa to do the night but said we’d prefer him to play music from his homeland rather than his normal Subculture kind of set and he was totally into that. He was playing with a live percussion set up while he was DJing and the crowd was going absolutely mental.”
♥ “When I had a few releases, I wanted to do a live show but didn’t want it to just be me. I’m conscious of making live sets feel like a performance rather than just someone standing with a laptop and I really wanted to collaborate with someone. Esa was the obvious candidate. We always joke that he had forgotten that he was African and I have reminded him. So, he’s gone back to his roots a little bit.”
♥ Having already launched the album at London’s Fabric club, and with launches coming up at La Cheetah and Sneaky Pete's, D’Souza is also preparing to mark the second birthday of Highlife later in the month. He remains focussed on creating unique parties and has been encouraged by the reactions he has had from crowds so far. “Glasgow is quite an open-minded place, music wise,” he explains. “That’s the best thing about the city, people are aware of music that exists outside of the most popular styles. Most people are quite open to ideas as long as it makes them dance and have a party. Highlife can definitely do that.”
♥ True to the club’s ethos of experimentation, the birthday special will feature a set from William Bennett, the often controversial mind behind power electronics act, Whitehouse – a favourite of Optimo’s when they held the same Sunday slot as Highlife. Bennett will appear under new moniker, Cut Hands, offering a distinctive take on 'afro noise', which combines elements of African and Haitian percussion with experimental electronics. “The second birthday will be cool. It’s a bit of a curveball,” Brian enthuses. “It will be completely different. I think quite a lot of our crowd who usually come expecting to have a nice dance on a Sunday at the Sub Club will be like ‘what the hell is this?’ But that’s the point. We want to challenge people a little bit as well.” (Fortaken: http://www.theskinny.co.uk) 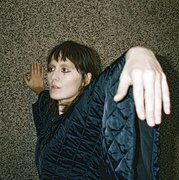