CD Description:
¶  Bert Jansch, legendary songwriter and guitarist, is widely acknowledged as one of the most influential musicians of all time. Since the mid 1960s generation after generation have been held spellbound by his extraordinary ground-breaking acoustic guitar playing and classic emotive songs. He began performing his unique synthesis of folk, blues and jazz in the early 1960s, before forming Pentangle, the acoustic supergroup in 1967 with John Renbourn, Jacqui McShee, Danny Thompson and Terry Cox.
¶  After Pentangle split in 1973, Bert returned to his prolific solo career. His 21st solo album, Crimson Moon, appeared in 2000 accompanied by a Channel 4 documentary, Dreamweaver.
¶  In 2006 Bert worked with some of the latest musicians to emrege on the scene on his highly acclaimed most recent album, The Black Swan, which was hailed internationally as one of Bert's greatest albums. This edited live set was recorded in 2007.
¶  Bert Jansch's Sweet Sweet Music contains a 12 track single disc of his classic 2007 live set.
____________________________________________________________
Reviewed by Daryl Easlea   /   ****
¶  That Bert Jansch is no longer with us is still taking time to settle in. His death, in October last year, took away one of the most quietly innovative musicians of his generation, just when he was enjoying a well–deserved renaissance, largely due to the efforts of his wife, Loren — who herself tragically passed away last December.
¶  Actually released digitally before his death, Sweet Sweet Music, taken from Jansch’s Sheffield Memorial Hall Concert in April 2006, becomes his low–key first posthumous release. Touring to support the then–recent release of The Black Swan, there is only one song from that album here, Hey Pretty Girl (as well as October Song from Crimson Moon), while  the rest is a romp through all those you would wish to hear Jansch play.
¶  There are beautiful renditions of Blackwaterside, Strolling Down The Highway and Fresh As A Sweet Sunday Morning; the music is as warm, beguiling and mysterious as the man himself. It’s like he’s playing them for the first time to an audience who have never heard them before, such is their freshness. Though far from definitive, Sweet Sweet Music is an intimate, poignant capture of the man Neil Young called the Hendrix of the acoustic guitar. 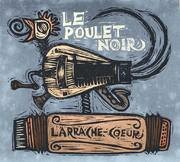