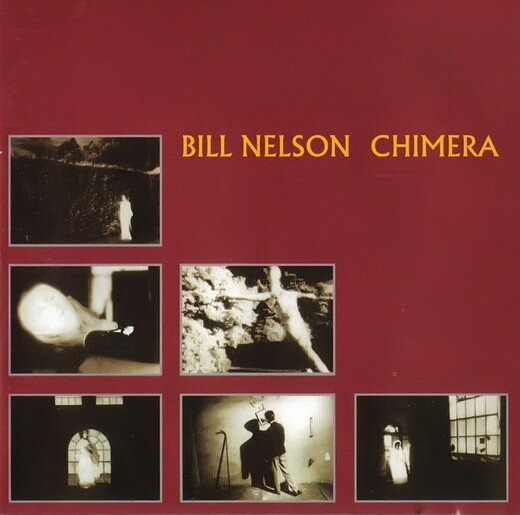 AllMusic Review by Dan LeRoy;  Score: ****½
•   Originally planned as a mere stopgap release between albums, Chimera turned out to be a welcome showcase for Bill Nelson at his peak, commercially and creatively. Following the triumph of his 1982 album The Love That Whirls, the British guitarist built Chimera in the same vein, setting his romantic and erotic poetry to the sort of synthesized settings favored by his younger pop peers. However, where much of Nelson’s previous output had been a virtual one–man show, the six songs here benefit from his new desire to collaborate, most notably with Yellow Magic Orchestra drummer Yukihiro Takahashi (whose band Nelson had produced).
•   The result is the elegant dance music of “Everyday Feels Like a New Drug” and “Glow World”; the latter song also features the rubbery fretless bass of Japan’s Mick Karn and is, perhaps, the best of all the attempts at this sort of oriental funk made by Karn’s bandmates, Gary Numan, and several other artists. The guests don’t seem to have sparked Nelson’s desire to return to his Red Noise, guitar–hero days (although he does crank out some jagged, Robert Fripp–style leads in “The Real Adventure”), but the focus here was on balancing Nelson’s instrumental and theoretical fights of fancy with the demands of modern pop, a job he performed with aplomb. The contents of this EP would later be combined with two songs apiece from the previous albums Quit Dreaming and Get on the Beam and The Love That Whirls to form Vistamix, an excellent introduction to Nelson tailored for the American market. [The 2005 Universal International reissue includes one bonus track (“Hard Facts from the Fiction Department”) and three versions of “Acceleration.”]
_____________________________________________________________ 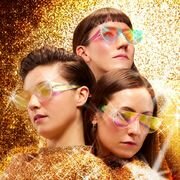