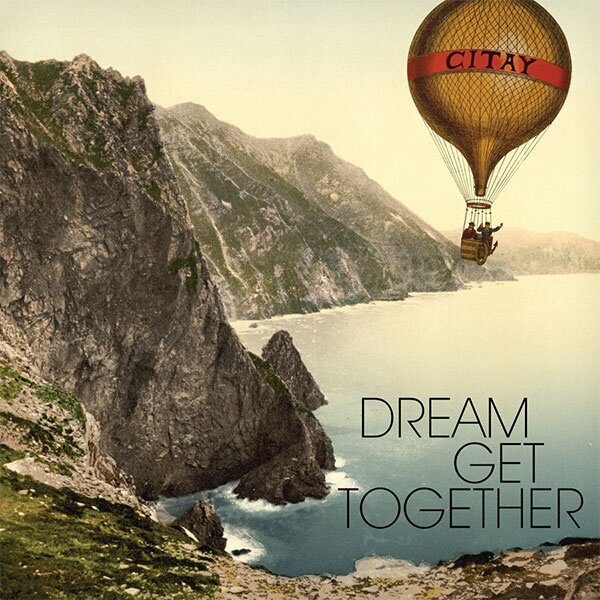 Citay — Dream Get Together (January 26th, 2010)
•  Third time is the charm. A primarily acoustic classic rock, folk, and psychedelic–inspired outfit, Citay feature Piano Magic multi–instrumentalist Ezra Feinberg and Fucking Champs guitarist Tim Green. Begun as a studio collaboration, Citay have grown into a live ensemble that also includes members of such similarly minded stoner rock ensembles as Land and Sea, Tussle, Horn of Dagoth, and others. Citay released their debut self–titled album on Important in 2006. Little Kingdom followed on Dead Oceans in 2007.

★Ξ★  Citay makes a joyous return on Dream Get Together, the San Francisco cosmic wanderers' expansive third album. Many of the touchstones from Citay's previous work remain intact — flourishes of Led Zeppelin, Eno/Fripp, Thin Lizzy, Pink Floyd, Popul Vuh and ELO can be heard throughout — but a newfound swagger pushes Dream Get Together way over the top.
★Ξ★  Seldom has there been a more obvious choice for an album–opener than "Careful With That Hat," a song propelled by a deep groove and swing that practically begs the listener to stand up and air–drum wildly. The vocals soar, the lead guitars catch fire and the mammoth solo (courtesy of guitarist Josh Pollock) builds to an ecstatic explosion. This is the shot across the bow. Citay have arrived on Dream Get Together.
★Ξ★  Led by songwriter Ezra Feinberg, Citay has made a career out of studio exploration, recalling a time when studio excess was the norm. Producer Tim Green, of the Fucking Champs, is no stranger to sonic indulgence, and together Feinberg and Green have woven together a musical tapestry that is both heavy and sweet. In Citay, the metal leanings of Green's band are replaced by an altogether different brand of fantasy rock. Dream Get Together has an embroidered and epic beauty that flies over the ocean while snuggling up to the ears. Joining Feinberg in Citay is drummer Warren Huegel, whose rhythmic sensibilities are best exemplified not only by his thunderous beats, but also his percussion decorations that lift the Citay sound from the ground up. Flanking Feinberg's acoustic six string live are the electric guitars of Sean Smith and Josh Pollock. Bassist Diego Gonzalez holds it all together throughout. Feinberg shares vocal duties on Dream Get Together with Tahlia Harbour and Meryl Press, whose sweet, soaring voices play the perfect foil to the bombast.
★Ξ★  One of many highlights of Dream Get Together is "Mirror Kisses," a song Feinberg wrote specifically for guest vocalist Merrill Garbus (of Tune–Yards) to sing in three–part harmony with Harbour and Press of Citay. With the soaring Ebow guitars and vocal harmonies, "Mirror Kisses" is Citay at its most lush and melodic. In contrast, "Hunter" is Citay at its most excessive – a triumphant instrumental anthem that somehow bridges the gap between Klaus Schulze and The Scorpions. With a spaced–out synth solo by Joel Robinow of Howlin' Rain, "Hunter" is a majestic ride. Dream Get Together closes with a gorgeous rendition of Galaxie 500's "Tugboat," in which Citay replaces the reverb–y electric guitars with clean acoustic strumming and Fripp–ed out sonics, preserving the beauty of the original while making the song their own. 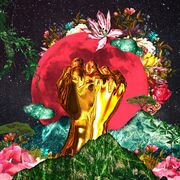