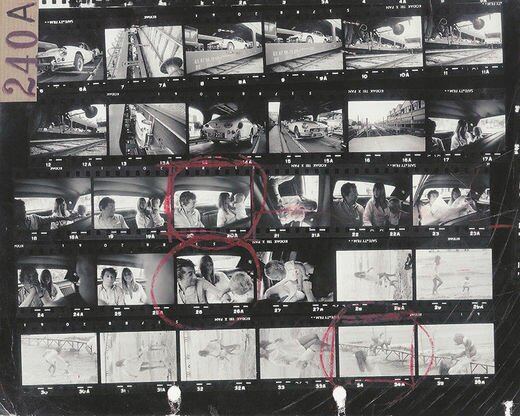 √      “Šťavnaté věci. Měli byste sledovat film o Gainsbourgovi (pokud jste tak ještě neučinili) pro další fascinující pohled na vášnivou náruč a ve finále osudový vztah legendárního páru. Plus herečku Laeticia Casta jako B. Bardot..., je v něm úžasná...” [pozn. 2010 — Serge Gainsbourg: Heroický život, režie Joann Sfar, jako Brigitte Bardotová].
√√√               Not to get all Us Weekly on you, but we came across some pretty amazing gossip while flipping through Andrew Birkin’s Jane & Serge: A Family Album, a collection of intimate photos of his sister Jane Birkin and her longtime paramour Serge Gainsbourg. The book feels a bit like you’re looking at a decades~old album of your own relatives — pets, messy bedrooms, quaint neighborhood spots, touristy pics, plus some loose singles and marked~up negatives randomly stuck inside a thick plastic sleeve protecting the hardcover — except your family is not Jane and Serge. Which is why your album hasn’t just been published by Taschen. But aside from the beautiful photos — which, if you’re a Birkin/Gainsbourg fangirl, are a real feast for the eyes — the juicy stuff is hidden in a little stapled booklet stuffed in with the singles and film strips (and a poster, sheet of stickers, and large embroidered patch — but that’s neither here nor there), in which Andrew recounts those 17 years of ‘Jange’ (‘Serne’? Help us...) in a level of detail only a doting big brother and dear friend could muster. A few of the highlights:
01.)   Jane’s father was a badass WWII Navy veteran who had excellent style, and even better taste in eyewear. [17]

02.)    Her mother became famous for singing “A Nightingale Sang in Berkeley Square,” a song that her then~boyfriend wrote for her.Similarly, Jane, herself, became famous after singing a song that Serge had written... for Brigitte Bardot.
03.)    Jane’s brother Andrew forged The Beatles’ autographs to sell for cash when he ran out of money traveling across the U.S. as a teen. The director later worked with the band on the Magical Mystery Tour film.
04.)    Jane married composer John Barry, whom she describes as the first man to love her, at 17. He had cast her in his musical, Passion Flower Hotel.
05.)    Before Jane and John boarded their plane on their honeymoon, Andrew, jealous, enraged her new husband by passionately kissing his sister on the lips.
06.)    British~born Jane said she very much disliked Serge to begin with, and according to Andrew, couldn't even pronounce his name.
07.)    Serge loved taking the siblings to transvestite nightclubs. Other passions: gambling on games of chess and roulette, smoking Gitanes cigarettes, and drinking heavily.
08.)    One time while in Nepal, Jane and Serge got so stoned “they never dared nor desired to repeat the experience,”
09.)    Jane played her family a demo of her and Serge’s record on Christmas Eve, 1968...except for the infamous “Je t’aime... moi non plus. ’
10.)    When Jane played the sexually explicit song for her brother, he secretly made a cassette copy and took it with him to a deserted island off the coast of England, along with a bag of weed and his French girlfriend.
11.)    A very displeased Serge was on set while Jane filmed a rape scene for the movie May Morning. He kept himself busy by making notes for his next album. [8]

12.)    During dinner at the legendary Paris restaurant Maxim’s, Jane slipped more than a few pieces of the monogrammed dinnerware into her trademark wicker basket. The carryall (predecessor to the Birkin bag) fell open when she set it down just outside to sign an autograph, spilling its contents onto the ground. A waiter offered to bring her more.
13.)    Albert Speer, formerly a member of Hitler’s inner circle and high~ranking Nazi official, asked Andrew if he would have Jane and Serge sign a copy of their record for him. Serge, Jewish, delighted in the irony. He also kept an old anti~Semitic newspaper with the headline, “La Terreur Juive,” “The Jewish Terror,”) framed and hung in his home in Paris.
14.)    The couple had a pet dog — a bull terrier named Nana, which Serge felt made him look handsome by comparison. [18]

15.)    In Serge’s Paris house, which he wallpapered with black felt meant to line military jackets, he kept an 18th~century anatomical skeleton model on display in the living area.
16.)    Serge and Andrew were across the road at a pub when the couple’s daughter Charlotte was born. He was initially concerned that his genes would not bode well for a female child, but he obviously had nothing to be worried about.
17.)    Jane held on to her beloved childhood stuffed monkey for most of her life, finally giving him up to place him alongside Serge in his coffin. [25] 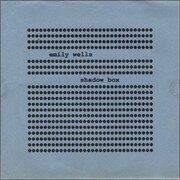